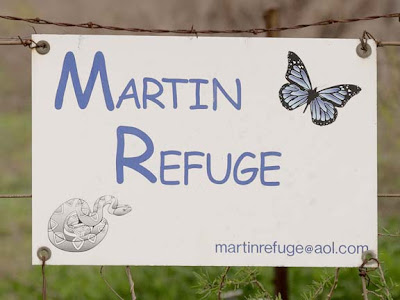 What turned out to be probably our favorite location during our Texas trip, and probably the most productive, was a small private refuge near Mission Texas called the Javelina. The Javelina is about 300 acres of native Texas scrub habitat. It is owned by the Martin family and is the original home of private nature photography in the Rio Grande Valley. 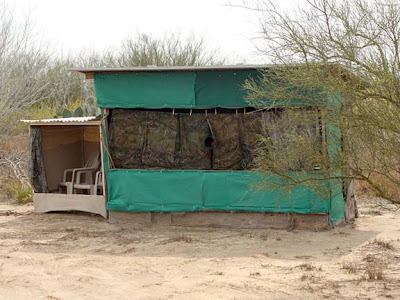 Seven photo blinds are positioned through out the property with a dirt road winding between them. Three of the blinds are set up to get morning sun, three are more for the afternoon and one is all purpose. We started out in the raptor blind, pictured above in the morning. 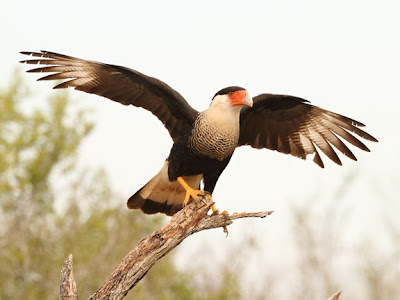 As we got settled into the blind Patty Raney, photographer and our Certified Interpretive Guide for the day deposited chunks of meat and body parts that she had obtained from some of the local taxidermists. Soon after Patty left us the raptors started to come in to feast. 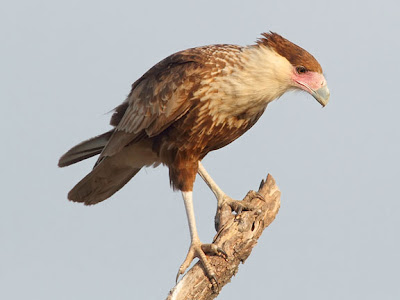 Northern caracara made up the bulk of the raptors that visited the area to feed. We did see and photograph caracara at other parks that we visited but none were as close up and personal as at the Javelina. Most were adults like the one two photos up but there were also some juveniles, like the one pictured above, mixed in. 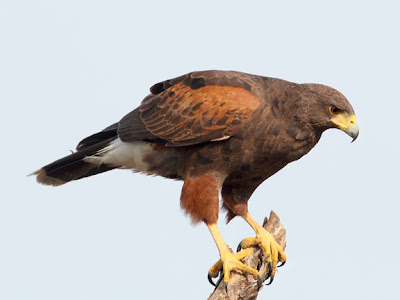 Although the caracara had numbers the obvious bosses of the area were the Harris hawks. When they flew in to feed the caracara were quick to get out of their way. Harris hawks often nest and hunt in social units consisting of multiple birds. There was one unit consisting of 3 adults and one juvenile that appeared to rule this territory. When a group of about 8 turkey vultures begin to circle over head it was probably the presence of the Harris hawks that deterred them from coming in to feed. 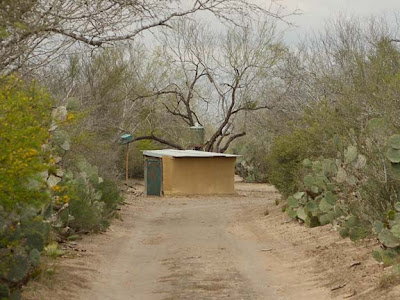 After lunch we moved to an afternoon blind to photograph song birds and Texas specialties. These blinds are built sunken into the ground so that you can photograph the smaller birds at eye level. With a watering hole located near each blind and seed and meal worms supplied by Patty we were ready to get some good shots of some of the Texas specialty birds. 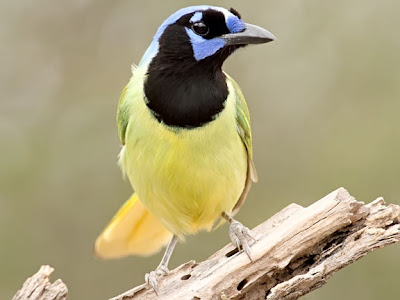 It did not take long before the birds came to check out the food. The first birds in were northern cardinals. Even though we snapped a few pics we were not all that excited because cardinals are pretty common in Minnesota. However the next bird that came into view where a species that has never, at least to my knowledge, been seen in Minnesota. Green jays are not known for being inhibited and as such they took over a lot of the feed for most of the time that we were there. 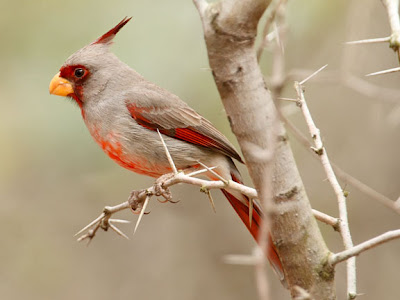 At our first afternoon blind the northern cardinals kept chasing away the smaller pyrrhuloxia from where the food was located in front of the blind. Since I was a lot more interested in getting pictures of pyrrhuloxia, a life bird for me, then of northern cardinals we decided to try a different afternoon blind. The second blind worked much better. 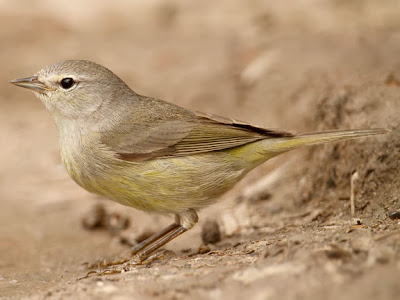 That afternoon we photographed great kiskadee, long-billed thrasher, white-tipped doves, common ground dove, plain chacalaca, pyrruloxia, green jays and olive sparrows, pictured above, all of which were life birds on that trip.

What a fantastic place and your photography of the variety of birds is so good. I enjoyed this immensely.

Another fabulous look at your trip to Texas! The birds are absolutely gorgeous! Love the colors! Thanks so much for sharing the fun and the beauty with us! Have a great week!

Oh these wonderful photos make me wish I could capture my magpie the same way :)
I will go on trying and trying :)

Wow, that Green Jay is quite spectacular!

What fun this had to have been, simply marvelous and to get to be so close to a variety of raptors, my fav and then other songbirds and such, fun, fun... Great hotographs! I LOVE Texas, that is where I was married going on 41 years ago and I was based there as an airline stewardess...all very fond memories~

I am, indeed, educated, entertained and inspired. Not enough to gointo a blind, but inspired in My world !

Amazing photos, congrats on seeing all those lifers :)

We're going to build blinds in our woods for photography and your post gave me great ideas. Is that yellow bird with the blue a pyrrhuloxia? I ended up being confused. Thank you!

Just loved this visit!!! Texas birds are my favorites. I've never had the opportunity to photograph the caracara or harris' hawk so closely. What a fine opportunity you had. Aren't the jays just beautiful?? I could go on and on about TX birds. I think I'll have to check this place out during my next visit!! Thanks for sharing. ~karen