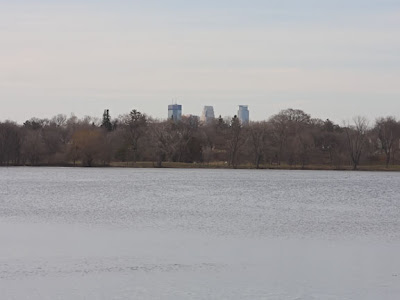 With over 10,000 lakes it is not difficult to find one here in Minnesota. Even Minneapolis, which is the largest metropolitan area in Minnesota, has several lakes with in its borders. Last week I headed over to visit one of these, Lake Hiawatha, after work. 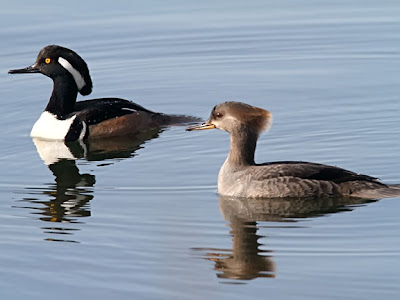 The warmer temps that we have had lately finally melted most of the ice that had covered the lake. The newly opened water is providing needed habitat for migrating waterfowl who need to stop over in southern Minnesota because many of the lakes further north are still not open. 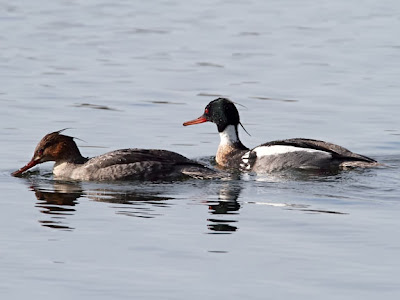 I spotted two types of mergansers on the lake. The hooded mergansers, the second picture, often nest in the area. There breeding range extends down through the northern and eastern portions of Minnesota. The red-breasted merganser, above, will continue north to nesting grounds in Canada and Alaska. 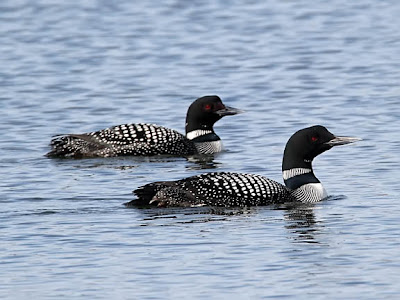 The common loon is the state bird of Minnesota. Loons often nest on lakes in the northern portions of Minnesota but we only see them in the southern portion of the state during migration. I estimate that there were at least 10 loons on the lake and it was fun to hear them calling to each other across the lake. Loons have an unique call that is difficult to ever forget. 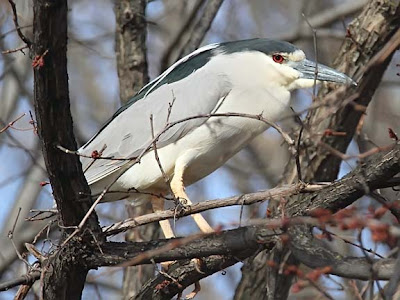 At one point waters from Lake Hiawatha empty into Minnehaha Creek, which is winding its way to the Mississippi River. At the mouth of the creek is a stand of trees which is home to a small colony of Black-crowned night. Since we are on the northern portion of the black-crowned night-herons range this is one of the few places around that you can see these birds reliably year after year. 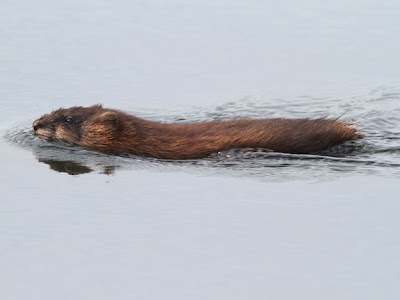 The birds were not the only thing taking advantage of the open waters. Muskrats stay active through out the winter by traveling under the ice, but it is much easier for them to find food once the lake open up. They eat mostly aquatic vegetation but since they are omnivores they will also eat things such as fish, crayfish and frogs.

Posted by Ecobirder at 3:40 AM

What lovely creatures inhabit your world and your photos are superb as always! Hope you have a great week!

It's so wonderful to see all of the critters back out for Spring! We've been seeing marmots everywhere lately! :D

Thanks for sharing your world!

So ice still persists! As for being a 'common loon'.... no thank you!

A lovely collection of nature shots. I have alway, at least since our years in N.America, loved loons and beavers.
An interesting post reminding us of childhood tales.

These are creatures that I don't see in the South. Neat post.

I wish I'd see this kind of variety when I'm out. Great shots!