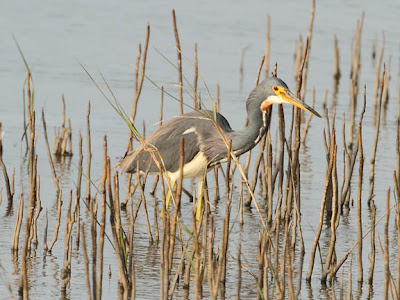 One bird that we do not see here in Minnesota is the tricolored heron. These birds are smaller then the great blue herons that we do get in Minnesota. In the summer they are found mostly around the Atlantic and Gulf coast of North America. During winter the birds in the northern portions of the range migrate down to the Gulf Coast, Central America and the northern portions of South America. 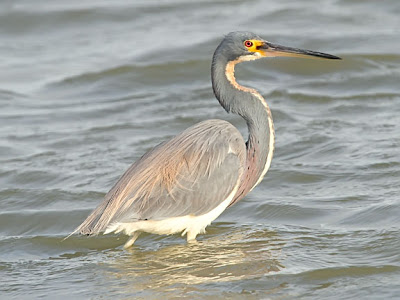 In the US these birds were once called the Louisiana heron. They typically live in sub-tropical swamp habitats where they hunt fish, crustaceans, amphibians and insects by wading through the water. They typically nest in colonies often mixed in with other species of herons and egrets. I photographed this tricolored heron on South Padre Island in Texas last March.

Wow! I'm going to look for this beauty next time I'm visiting my daughter in New Orleans.

I love herons and this one is a real beauty.

What a treat to discover your blog this afternoon. Your photography is awesome and all you write is so informative. I see herons when we go to the VA shore, and love photographing them. They are all awesome birds as are your pictures.