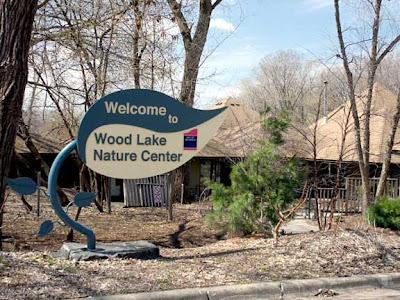 Yesterday turned out to be a fabulous day weather wise, so I decided to go out and take some pictures before an afternoon dinner with Michelle's family. Since my time was limited I decided that it was best to stay in the Twin Cities so I went out to check on some of my favorite haunts including Wood Lake Nature Center. The visitors center was closed due to the holiday, but the park was open and occupied with quite a few visitors. 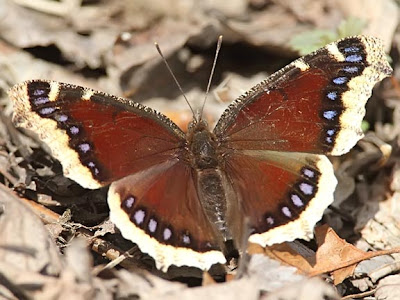 I was encouraged to see quite a few signs of spring. Insects have begun to spring up now that the weather has gotten a bit warmer. There were already plenty of flies and box elder bugs flying around. A few green darner dragonflies had completed their northern migration and were chasing the small flying insects in the fields and mourning cloak butterflies were warming their wings in the sun. Mourning cloaks over winter in their adult butterfly form, that is why they are usually the first butterflies that you can see in the spring. Soon they will mate and then pass from the world making way for their offspring. 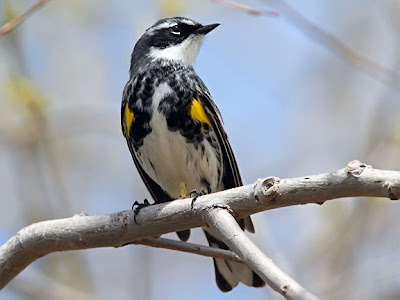 The first warblers of the year have also arrived. Yellow-rumped warblers seem to be everywhere. Warblers are typically insect eaters so they do not usually return until after the bugs do. Since yellow-rumps do not typically migrate as far south as most other warblers they are usually the first to arrive in the spring, as well as the last to leave in the fall. 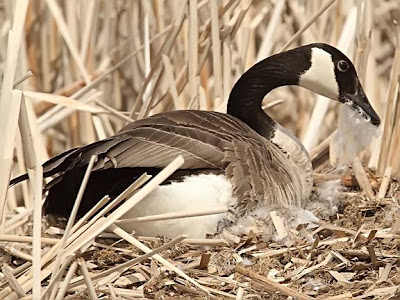 Canada geese have already begun to nest. They usually nest on islands of reeds in the middle of the lake. This gives the nest some protection from predators like fox and coyote. Then they use many of their own down feathers to line the nest, making a soft feathery bed for the eggs. 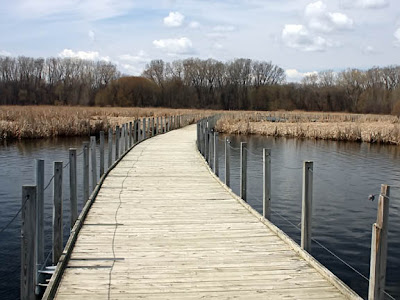 Much of Wood Lake Nature Center is occupied by Wood Lake and adjacent wetlands. The lake itself is very shallow, only a couple of feet deep in many locations, and has a boardwalk running through the middle of it. 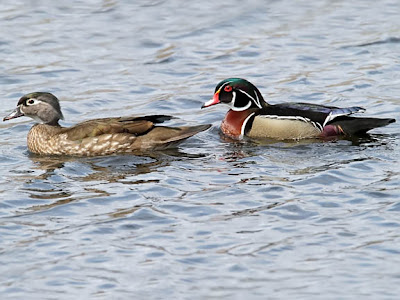 There are wood duck houses that have been placed around the lake, as well as in some of the parks other water features, to provide nesting habitat for cavity nesting ducks such as Wood Ducks. Because the correct habitat is carefully maintained it is possible to see wood ducks in the park almost any time that you want to visit. 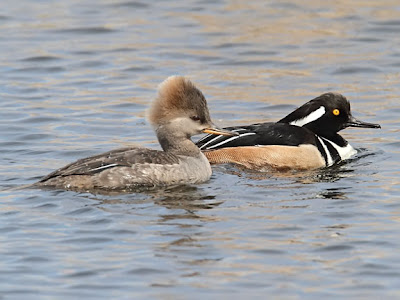 It is not only wood ducks that take advantage of the wood duck nesting boxes though, hooded mergansers are also cavity nesters and frequently will take over nest boxes in the park. During mating season both male and female can often be seen floating on the lake but later on in the summer the males will move off leaving the female to raise the family. 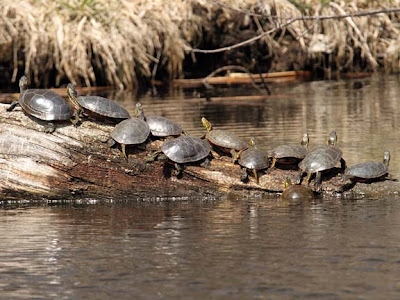 The turtles were also out enjoying the sun and the warm weather. Turtles are reptiles and as such are cold blooded. So they rely on the sun to warm them up which helps them to move better, digest food and fight diseases. They use logs, rocks, or any other make shift platform to bask in the sun, often piling on top of each other, or staking, in order to get more sun. 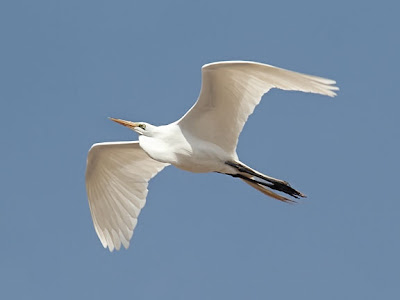 With dinner time approaching I decided to make my way back to the parking lot. On my way I noticed this great egret flying across the beautiful blue sky. I think that perhaps he had the same idea and was heading off to his in laws for dinner, but I doubt that it was ham and German potato salad.

Oh, I love all your photos -- not that that is unusual, but the birds and turtles and ducks are so delightful and such a fun look at spring! Have a great week!

I just love that photo of the pair of hoodies. His hood is flat, but hers is really puffed up! I've typically seen them the other way 'round. Funny!

This place looks amazing! It makes me wish I could leave home long enough for a vacation! Your pictures are great!

Your last sentence had me chuckling!

What fabulous visitors and shots... I'm mesmerized by the butterfly and the egret.

Love the turtles! With necks out-stretched in the warmth... oh what a feeling. lol