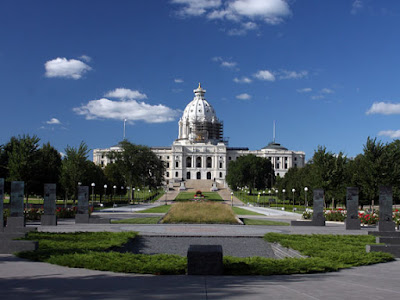 I work in St Paul, the capital of Minnesota, so one day last summer I stopped down by the capital with my camera to take some pictures. The capital building was constructed in 1905. It took around nine years to complete, with construction beginning in 1869. The cost of construction was 4.5 million. It's current estimated value is approximately 400 million. 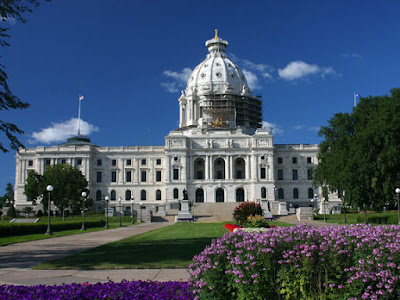 The building was designed by Cass Gilbert who modeled it after the St Peter's Basilica in Rome. It is the second largest unsupported marble dome in the world, only St Peter's is larger. A guilded quadriga called The Progress of the State adorns the roof over the south entrance. It was sculpted by Daniel Chester French and Edward Clark Potter in 1906. Currently the capital dome is going through restorations. 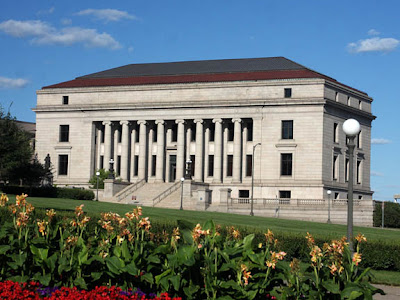 You can also find the Minnesota Supreme Court Building as well as several other government buildings surrounding the capital courtyard in St Paul.

It is a magnificent building and stunning against that blue, blue sky! Terrific post and photos for the day! Have a great week!

Wow - what magnificent buildings! And so many lovely flowers too.

you got beautiful captures of your world! i have Our WORLD of Wintry Spring and i hope to see you at my page! :)