After 6 days of rain the sun finally came out for an extended period on Friday. Since it has been a while since I have birded Carlos Avery I decided to take a trip north after I got off of work. While driving through the park I spotted an unusual bird crossing the road in front of me. I got out of the car to get a closer look and a picture. 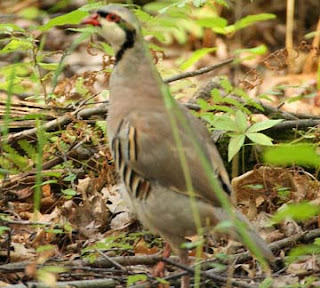 The picture did not turn out that well because the bird was already in the woods by the time I got out of the car but from the picture I identified the bird as a Chukar. This confused me because from what I read Chukar where Eurasian game birds that were introduced to the US and had established populations in dry western states. Since I could not find any listing of these birds in Minnesota I turned to the Minnesota Ornithologists' Union to help me with the mystery. The overwhelming response that I received was that this was probably a captive bird that had escaped or been released. 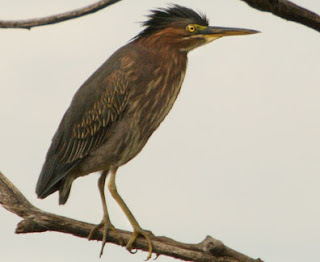 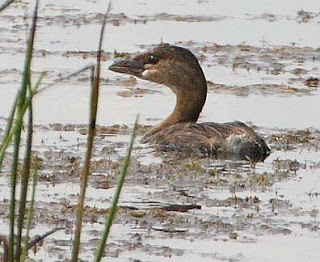 And a northern harrier 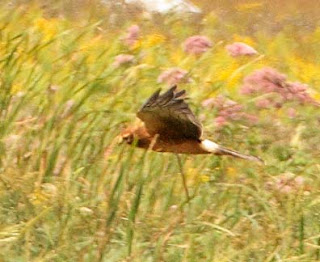 It was great to get out in the sun and do some birding.

Posted by Ecobirder at 8:00 AM

One of the Colorado birders last year had been reporting a whole group of Chukars that became regular visitors at his place toward the eastern side of the state, which is already outside the published ranges for them in my books (though thanks to drought it certainly fit the description of a dry state). Pretty critters though.