Another sharp-shinned at MN Valley NWR

After work on Thursday I wanted to go out and do some birding but the skies were overcast and it was lightly snowing. Since I really wanted to keep my camera dry I decided to head over to the headquarters of the Minnesota Valley National Wildlife Refuge where I could watch the birds at the feeders through the windows. When I arrived around 3pm there was a small group of people there from the US Fish and Wildlife Service shooting some kind of video. They were setting up to do a shot, using the feeders outside the window as a backdrop, when the camera man pointed out that all of the birds that had been around the feeders earlier had left. I went over to take a look and he was right, the feeders were pretty much empty of birds. I began to scan the neighboring tree tops and it did not take long to find the reason for the empty feeders. 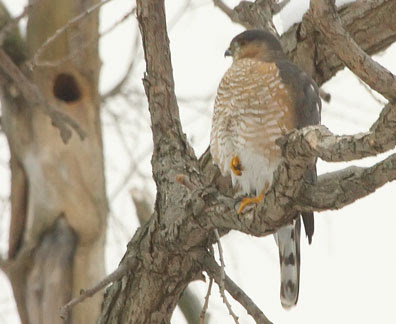 A sharp-shinned hawk was perched in one of the trees behind the feeders. I pointed the hawk out to the people who were filming who were very excited. The woman who was in charge, Valerie, was surprised that all the birds had left the feeder when the hawk arrived. She had heard that the small birds will freeze when a hawk is in the area. I explained that most of the birds probably headed for the brush when the hawk arrived and were now keeping low and still in the cover. Then I pointed out one downy woodpecker that had not gotten away quick enough and had been standing frozen for several minutes on the side of one of the feeder poles. 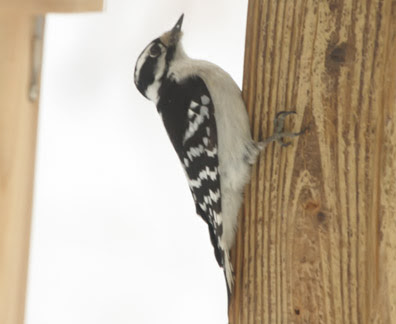 A few minutes later the sharpie took off and flew up over the building. I expected that all of the passerines would return fairly quickly but the feeders continued to stay empty. I looked at the downy, who had moved to the back side of the pole where it had again stopped moving, and determined that the sharpie was still in the area, possibly on the roof. Another minute or two went by and still no passerines came to the feeder. The downy decided to make a quick break into the woods and about 30 seconds later the sharpie flew back down from the roof to land on a branch right in front of the window. 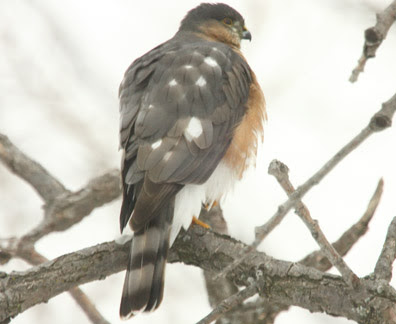 We were all pretty excited since this time the bird was up close and pretty much in the open. It was a good thing too, because with the cloud cover and shooting through the windows, to avoid flushing the bird, I had to open up my aperture to be able to get any descent shots. If the bird had been further away it would have meant even less light. 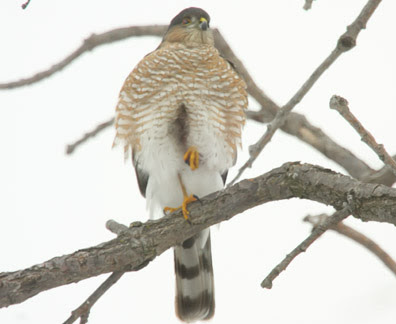 The sharpy stayed for around 5 to 10 minutes doing some preening and watching for a good meal. Since none of the passerines were around any more he finally took of over the building. I am guessing that this might be the same sharpy that I saw around Thanksgiving in the same area. Maybe I will stop by on New Years Day since this bird seems to likes to visit on holidays. 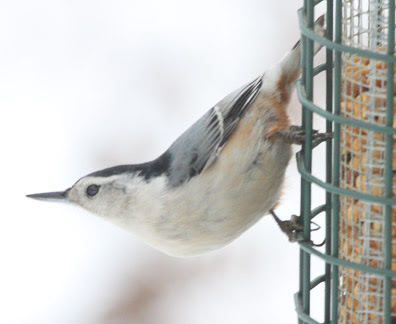 I knew that the sharpy had really left this time because with in a minute or two the area around the feeders was bustling with bird life. There where a couple white breasted nuthatch. 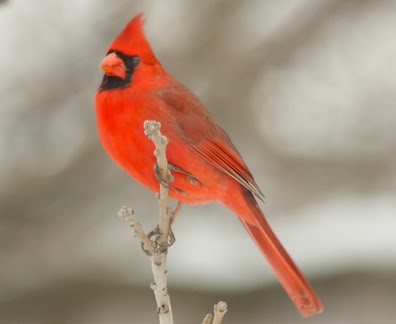 There were also quite a few northern cardinals. 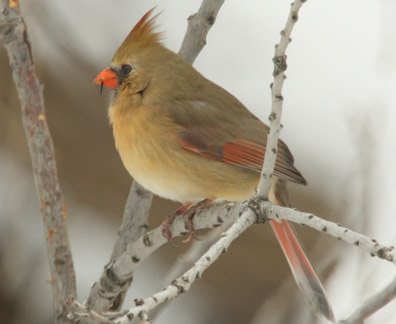 Both male and female. 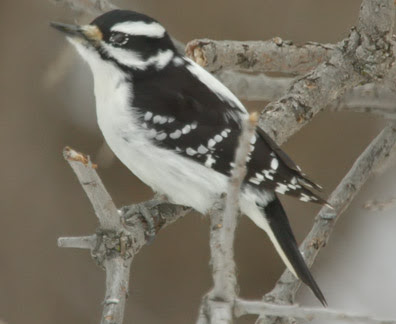 I spotted red-bellied, hairy and downy woodpeckers, like the one above. There were also black-capped chickadee, dark-eyed junco, American tree sparrow, and starlings.
Posted by Ecobirder at 6:42 AM