A visit to Blag Dog Lake before the snow came.

Before the snow and really cold weather came I took a short trip over to Black Dog Lake after work one day. Parts of the river and lake had iced over but there was still plenty of open water. Most of what I saw was your pretty common birds for this area like Canadian geese and mallards, but mixed in with the mallards I found a pekin duck. 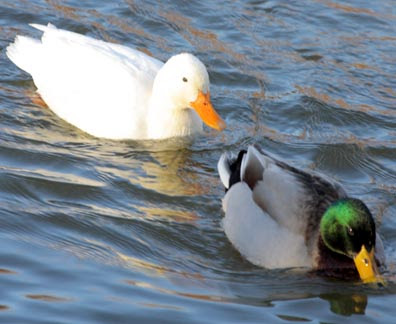 Pekin ducks are a popular domesticated duck that are typically used for the commercial production of eggs and meat. 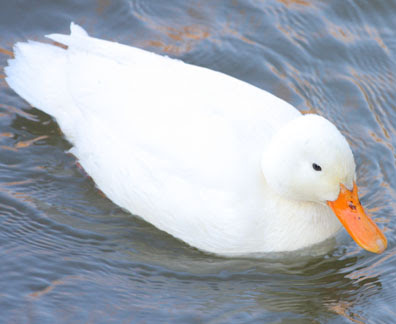 They were originally bred from mallards in China and imported to the US in the late 1800s. 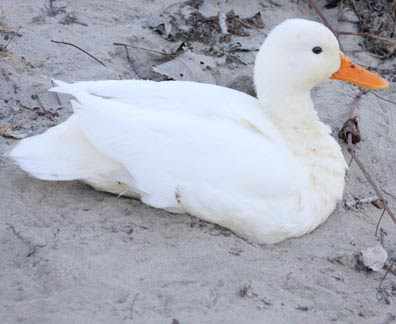 It appears that this one had gone native and decided to explore it's wild roots. It was accompanied by 2 to 3 male mallards. 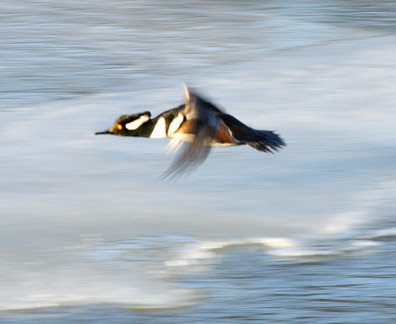 There were also some common mergansers on the river but they were too far away to get any descent pics.
Posted by Ecobirder at 11:29 PM

You and I are going to do the Christmas Bird Count together in Duluth. I need you to email me so we can share phone numbers and etc.. because there is a catch on Saturday I need you to know about. Plus you are helping me in my area on the Two Harbors Count.

so will the pekin breed with a mallard male? and vv?

1st - To Anonymous - yes, since they are the same species. Domestic breeding into wild flocks can be a serious problem with gene introgression into the wild flocks.

2nd: It's a bit hard to tell from the angle of the pic, but the white duck looks to be about wild mallard size, which makes me think what you're seeing is not a Pekin, but rather a non-show type call duck (which is about the size of a wild mallard or smaller).