Saturday December 15th I participated in my first Christmas Bird Count. I had thought about helping in a CBC in the past but always had other things going on. I have been photographing wildlife for about 10 years but up until this year I was more of a casual birder. This year, as I have become more serious about birding the CBC has become a much higher priority for me. So I have arranged much of my holiday activities to allow me to participate in several CBCs. Duluth was the first one that I chose. I could have helped in a CBC closer to home. The one in Eagan, which is a 5 minute drive, was held that same day but Duluth is a great place to bird and they get species that we do not often see down in the Twin Cities. So I volunteered for Duluth and for the Two Harbors CBC on the 16th.
So I got up Saturday morning, at about 3:30 am, got ready and headed up to Duluth. I met Mike Hendrickson, our group leader, and the rest of the group at 7:15 am at the Glensheen Manshion on the north side of Duluth. There were five of us in the group, Mike and myself another birder from the Duluth area and a couple from the Twin Cities. We started by checking out the Glensheen grounds and then continued west across our assigned area.
Things started out slow. That was prolly due to the cold. When I left the Twin Cities at 4:30 am it was 2 degrees above zero with a -9 wind chill factor. When I arrived in Duluth it was 3 degrees below zero with a wind chill close to -20. It was also still pretty dark out so most of our sightings were by call.
Things began to pick up as the sun came up and began to warm things up. Most of what we saw or heard were chickadees or woodpeckers. 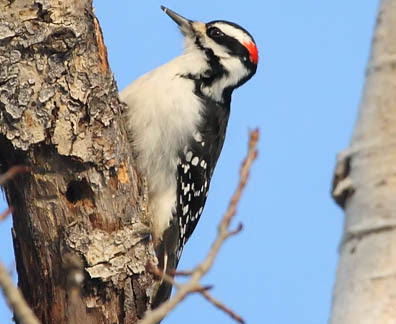 In the late morning we got excited when we came across a flock of about 120 bohemian waxwings. 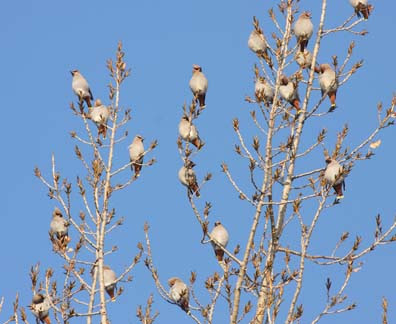 I had read on the list server, it was Mike Hendricks our group leader who had posted it, that there had been a flock of around 500 of the waxwings down on Park Point the week prior to the count. So I was hoping that we would see some and that I would get some pics. 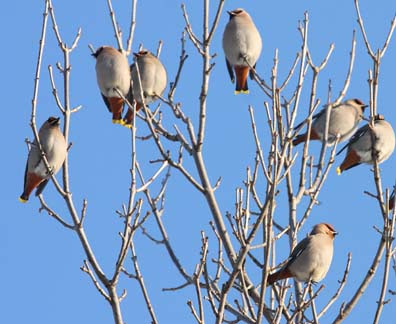 But waxwings are very nomadic and go where the berries are. 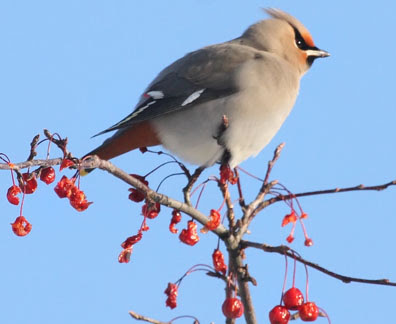 Large flocks usually strip the trees of their fruit fairly quickly and then they move on. 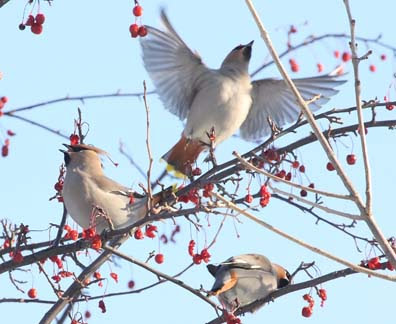 This group was working on a mountain ash that was in some ones front yard in a residential area. 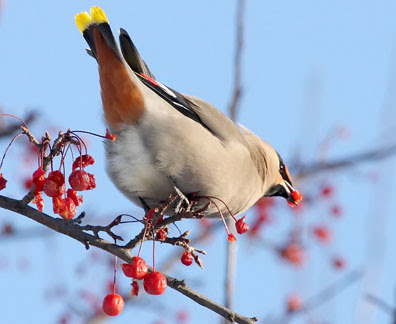 The fun thing to watch though was after they ate some berries they would go to a neighboring pine tree for a drink of snow. 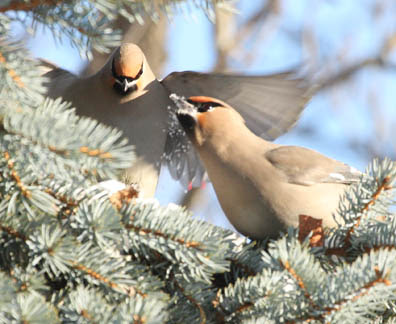 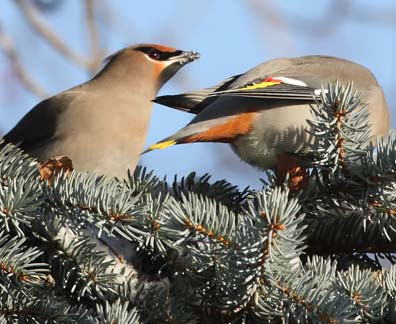 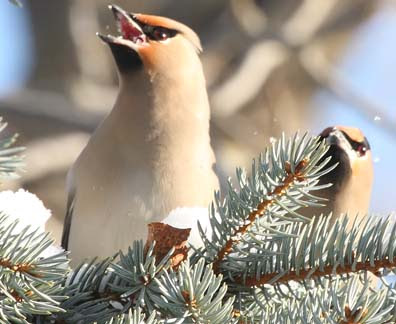 I could have sat and watched them eat the snow all day but we had a job to do and so we moved on. 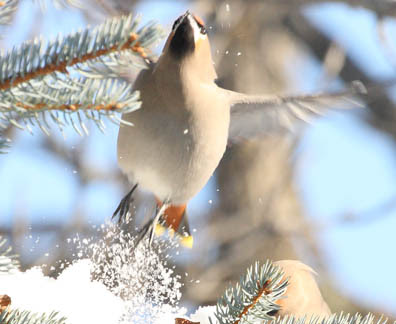 Some of the more interesting species that our group spotted were a boreal chickadee, great gray owl, and a coopers hawk. Unfortunately I did not get any pictures of these.

We finished our area at around 3:00-3:30 so I headed off to check in at my hotel but on the way there I checked out the channel under the lift bridge. In the channel was a large flock of common goldeneye. 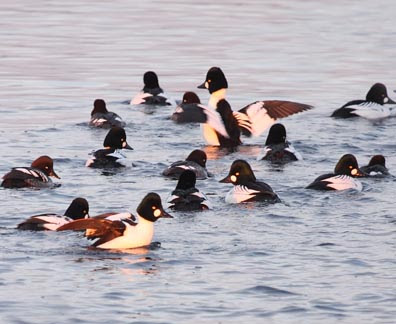 So I took some pics until the sun set. 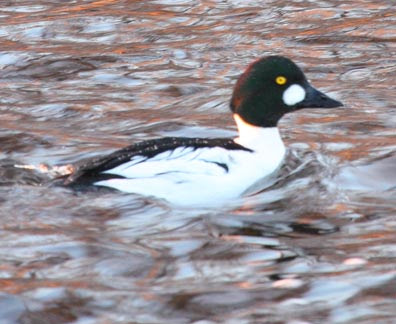 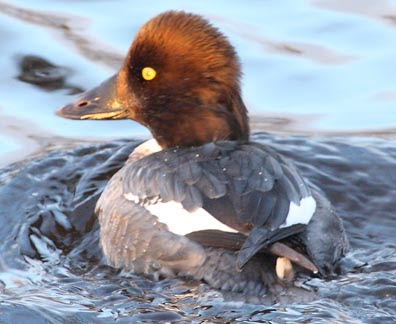 I finally went to my hotel and checked in after it got dark. When I got to my room I shed all my extra layers of winter clothing and laid down on the bed. I woke up 3 hours later. Unfortunately it was too late for me to make the compilation dinner but from the information that I received there was a total of 55 species counted which is one less then the average of 56. The slow birding was prolly due to the weather which has been colder, with more snow, then in recent years.
Posted by Ecobirder at 11:15 PM

I just wanted to stop by to say that you have some fantastic photos on this blog!!!
I used to draw cedar waxwings when I was little, (my mom had a few of those old school audubon books, and for some reason those were my favorite) and these brought back memories.
Thanks for sharing, they're really great!

Oh, and I know that cedar and bohemian are different, I just didn't know about bohemian til recently. :)

Thanks for the compliment. I have always thought that both type of waxwings are cool. There is actually a 3rd type of waxwing called the Japanese waxwing from Northeast Asia. Hopefully some day I will get a change to photgraph one of those also. If you check the labels on the side you can find more posts that have cedar or bohemian waxwings.

Awesome, thanks!
I've put your blog into my normal "read most days" rotation. :)