After making a quick stop at the Minnesota Nalley NWR Visitors Center on the 10th I decided to run down to the Black Dog Unit and see if there was anything on the open water that would be interesting to photograph. I was hoping to get some eagles fishing or at least down on the ice but there were not any eagles around. The trumpeter swans that have been on the lake all winter were still there so I walked out the trail around the lake and took a couple of pics. 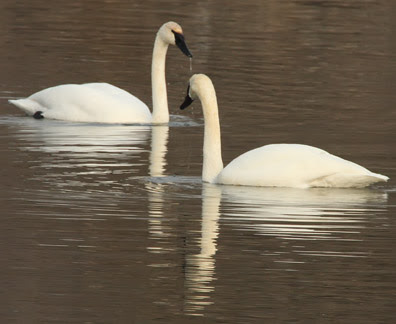 While I was walking back a double-crested cormorant landed on the channel that runs between the lake and the Minnesota River. While it moved down the channel it held its wings up in the air in order to dry them. Unlike most water birds the cormorants feathers are not water proof and so they often need to dry them out before they can fly. 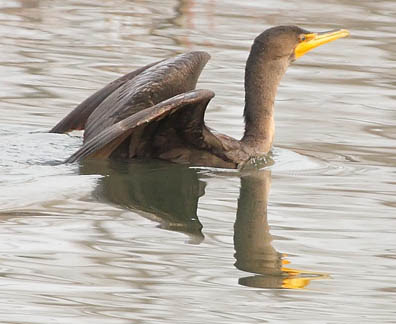 It was unusual to find a cormorant still in the area in January. Cormorants typically migrate to a winter range in the south gulf states, Mexico, or California.
Posted by Ecobirder at 7:29 PM