Last Thursday we actually had some clear weather so I headed over to the Minnesota Valley NWR Visitors Center to check out the feeders. When I arrived I noticed right away that everything was quiet at the feeders. I knew that the Sharp-shinned hawk, that I have seen on numerous visits must be around. A quick scan of the trees reveled the small but deadly predator. 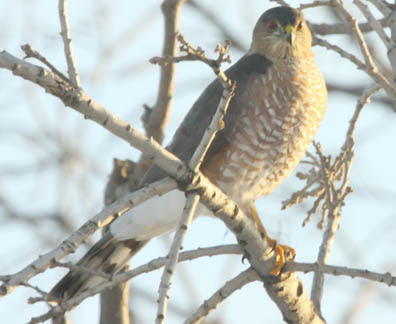 The sharp-shinned hawk is an accipiter. The accipiter family includes sparrowhawks, which we do not usually see in North America, goshawks, and a few other hawks including the sharp-shinned and coopers hawks. Accipiters have broad, short wings and a long tail which helps them maneuver when they fly. Accipiters also have relatively long legs which come in handy to hunt and capture passerines. 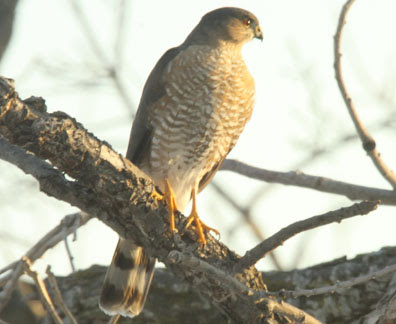 After a while the sharpie flew off and the birds began to return to the feeder. 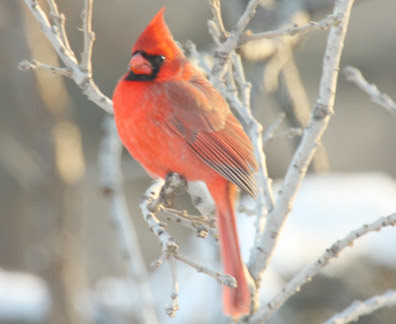 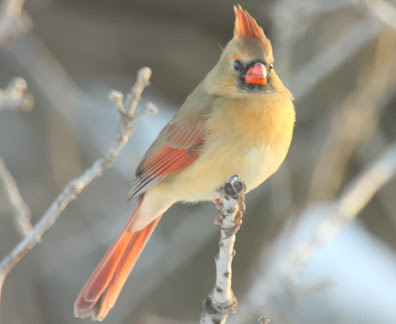 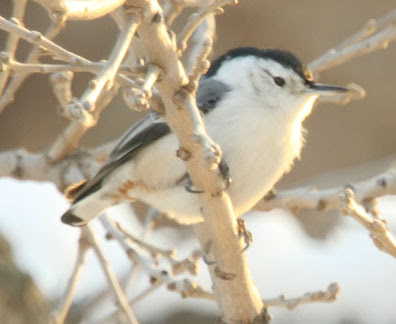 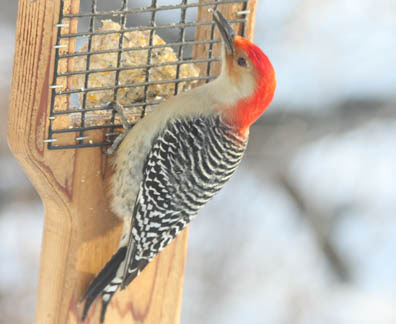 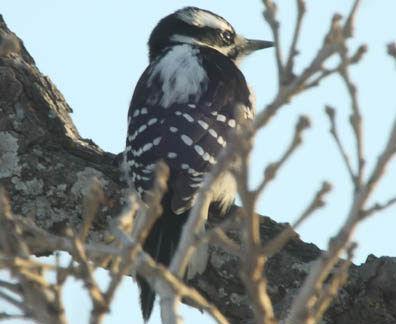 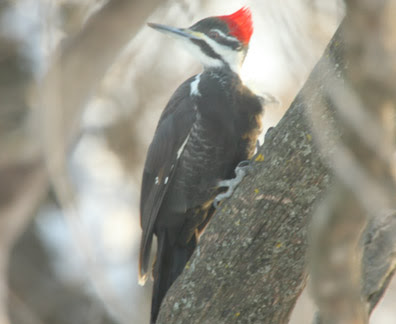 Then suddenly all of the birds at the feeder scattered except one lone downy that was stuck frozen at the feeders. 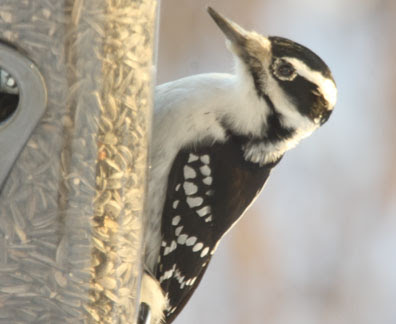 I knew that the sharpie was back before I ever saw it. 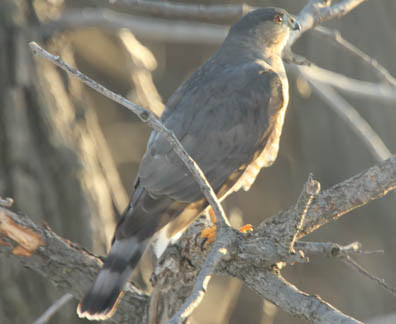 Fortunately he perched in a pretty good spot for me to get some pics before he spotted the left over downy. 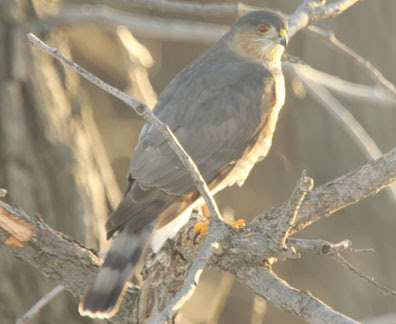 And the chase was on. Fortunately for the downy he was able to out maneuver the sharpie and escape, this time.
Posted by Ecobirder at 3:51 AM