With the beginning of the new year a lot of people have been posting what was the first bird that they saw or heard in 2008 on the MOU list server. Most of them have seen some of our more colorful Minnesota winter birds like cardinals, robins, and goldfinch. I was not so lucky. The first bird that I spotted yesterday was a crow. Not much of a surprise there since we have a lot of crows around during the winter months. The first bird that I photographed in 2008 was this pair of eagles that I found on the river near Alma, Wisconsin. 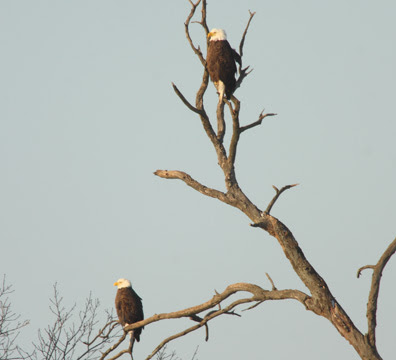 After I checked out Alma for a bit I headed back up to the cities. Typically I take the MN side of the river but this time I opted for a bit of change and drove up the Wisconsin side. While I was heading north I spotted a red fox running on the side of the road near Pepin, WI. 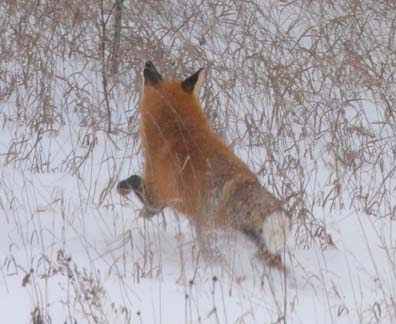 I pulled over to the side of the road and snapped a few shots. I was not sure what he was at first so unfortunately I was only able to get a couple of pics of him running into the woods. It was still pretty cool. I also spotted an American goldfinch near Pepin. 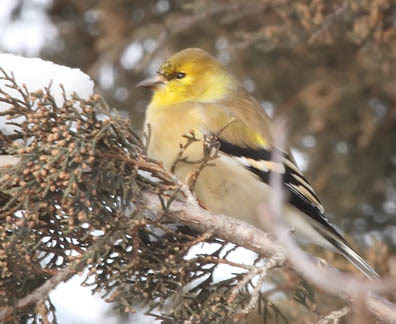 I continued north up the Wisconsin side of the river until I got to Prescott, WI. There I stopped and looked for the barrow's goldeneye and harlequin duck that have been reported hanging around there. Unfortunately I was not able to spot either of them just a lot of Canada geese, mallards, common mergansers, and common goldeneye. 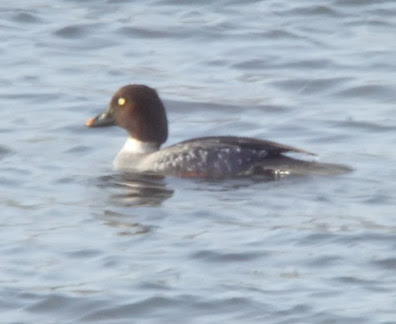 There were also a couple of coots hanging around, including this one which was having a hard time holding on to its breakfast. 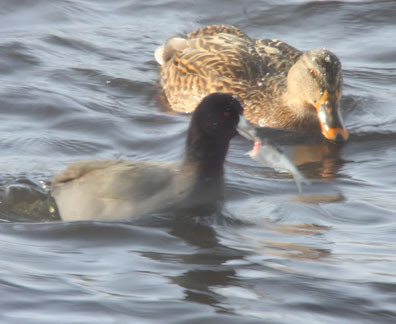 The windchill was brutally cold so I had to make frequent trips to the truck to thaw out my fingers. After about an hour of freezing my butt off I decided to move on. I had planned to stop at Carpenter Nature Center since it is right down the road from Prescott and Point Douglas. Unfortunately due to the holiday Carpenter was closed. I was getting hungry so I decided to head home.
Posted by Ecobirder at 10:34 PM