We found this immature little blue heron hunting the reeds of the Shark Valley Unit of the Everglades National Park. 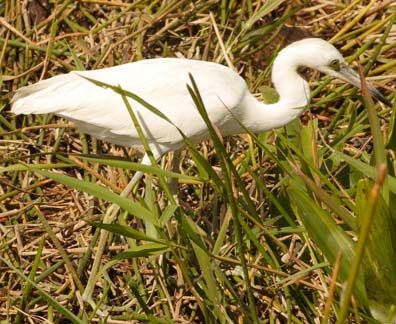 Little blue herons are the only heron species that the immature birds vastly differ in color from the mature birds. First year birds, like the one pictured here are pure white while adults are blue in color. 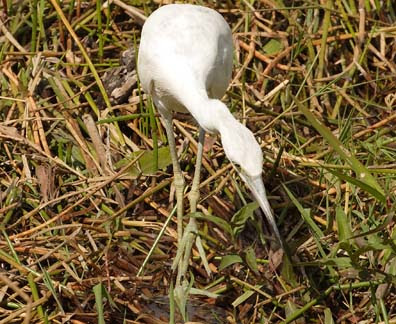 Remaining white for the first year of life is an advantage to the young little blue herons. It allows them to join mixed flocks of white herons more easily, which helps protect them from predators. White little blue herons also get along better and are more accepted by snowy egrets. 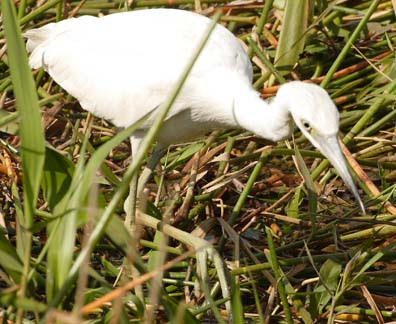 When I first saw this bird I thought it might be a white phase reddish egret. However when I got a close look at the beak and legs I figured that it had to be a little blue. The white phase reddish egret has blueish-gray legs and has a two-toned pink and black bill. As you can see the immature little blue heron has a two-toned blue and black bill and greenish-yellow legs. 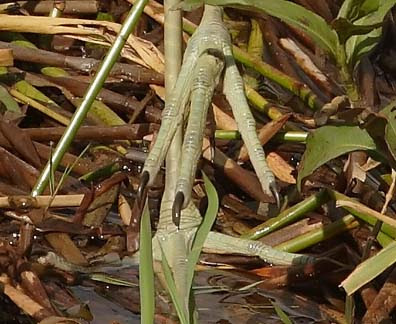 I think the coolest thing about these birds are their huge feet. They are almost as big as the birds head, and look at those nails. They look like they could do some damage if they needed to but most the time they are used to run away.
Posted by Ecobirder at 9:40 PM