When we visited Florida in February of 2006 there were still a lot of areas that had not recovered from the devastation of hurricane Katrina. The Flamingo area of Everglades National Park was one of these areas. Flamingo is at the very southern tip of Florida. It consisted of a visitors center, lodge, restaurant and cabins all of which were damaged by Katrina. We decided to drive down to Flamingo, even though most of it was closed, to see what the damage was like. The birding spots that we had visited in the past were all destroyed or closed. We did find some Osprey who did not appear too affected by the damage. 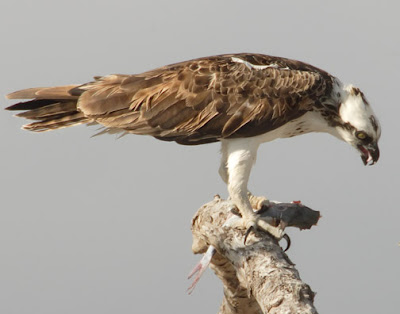 Ospreys are an extremely migratory species. They are found all over the world, on every continent except Antarctica, and typically migrate long distances between their summer and winter grounds. 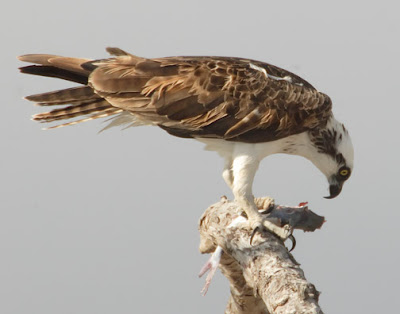 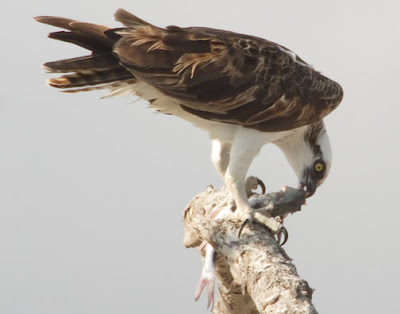 Osprey can be seen in Florida year round, although some people believe that some osprey who have a summer range in Florida might migrate to South America during the winter and their numbers are replaced by birds from further north, who are wintering in Florida.
Posted by Ecobirder at 9:36 PM