January 5th was National Bird Day but here in the Twin Cities we celebrated on the 6th. The National Bird Day event was held at the Raptor Center and included booths and or presentations from The Raptor Center, the Wildlife Rehabilitation Center of Minnesota, Midwest Avian Adoption and Rescue Services, Chicken Run Rescue, and Audubon Minnesota. There were a lot of things to see and do including displays, information booths, tours, and programs.

I sat in on a couple of the programs. The first was a program from Midwest Avian Adoption and Rescue Services. The program got started late due to some technical difficulties. Fortunately there was a technician available, me. Having set up for many programs and meeting at my day job I was able to get things up and running so that they could pass on a lot of information about the parrot pet trade. I sat out of the next program and spent my time talking to a couple of the other Raptor Center volunteers. I was waiting for the last program which was the All About Owls program from the Raptor Center. I have seen the program before but I love watching the owls and figured that this would be a good opportunity to get some pics.
Since all of the programs through out the day seemed to go late it was after 4:00 when the All About Owls program began. The whole event was supposed to end at 4:00 but quite a few people hung around like I did to see the last program. It was well worth the wait. They began the program by bringing out a great horned owl named Lois. 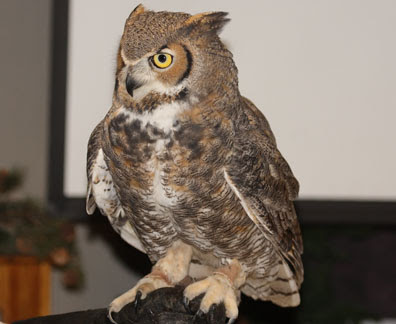 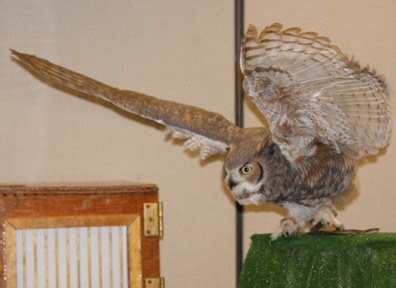 I have had great horned owls fly close to me out in the wild but I still find it fascinating how they fly so silently. 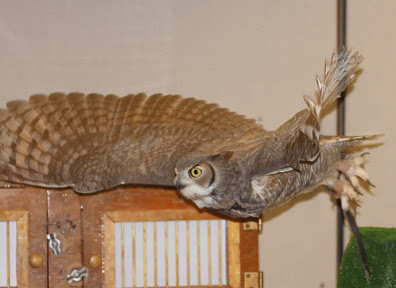 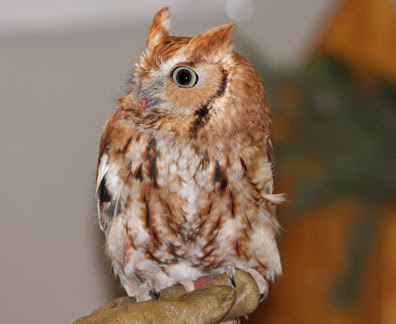 The third bird was a barn owl named whisper. Barn owls are no longer found out in the wild in Minnesota. The cold temperatures that we get in the winter months along with the lack of old barns has caused them to depart the state. 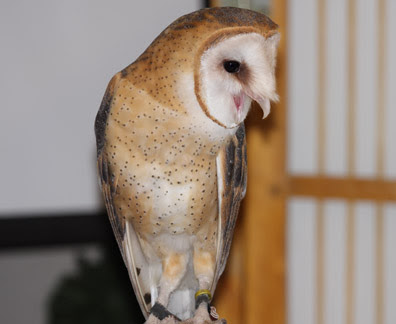 The final owl in the program was a boreal owl with the very clever name of Boreal. Boreal owls are small secretive owls which live in northern boreal forests. We do have boreal owls in Northern Minnesota but I have not ever had the chance to see one in the wild yet. 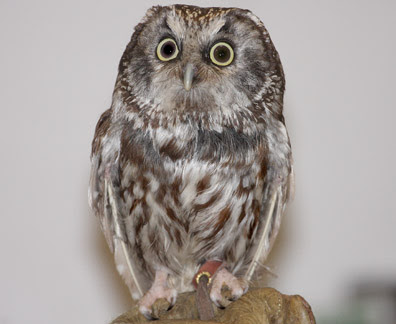 Maybe I will get lucky at the Sax-Zim Birding Festival next month and get to see a wild boreal. Until that time I will just have to enjoy Boreal and all of the other owls and raptors at the Raptor Center.
Posted by Ecobirder at 4:16 PM

Consider adding a link to our blog
ibwfound.blogspot.com