The Rest of the Dragons at the Bass Ponds

There were also a few other types of dragonfly that I photographed on my trip to the Bass Ponds back in July. 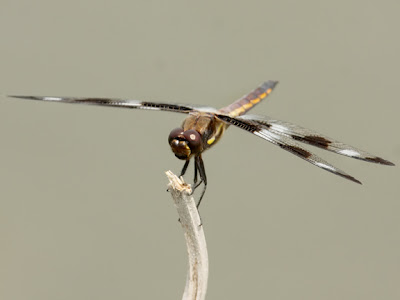 The twelve spotted skimmer is one of the most common dragons around. It is easily recognized, by the spots on the wings, and usually perches in the open making them easy to photograph. An added bonus is that if they flush when approached they will typically land back on the same perch or one near by. 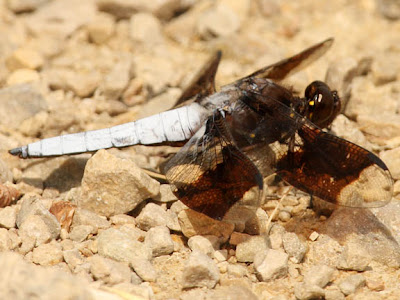 The common whitetail male is also pretty hard to mistake. The wing pattern along with the white pruinose abdomen make them recognizable from a pretty good distance away. The female common whitetail looks a lot like a female twelve-spotted skimmer. 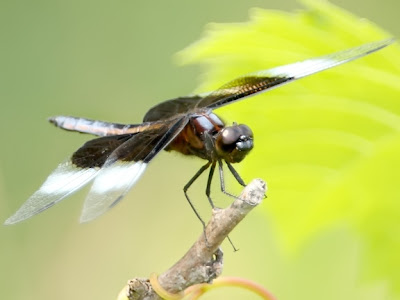 Another common pond dragon that is a member of the skimmer family is the widow skimmer. 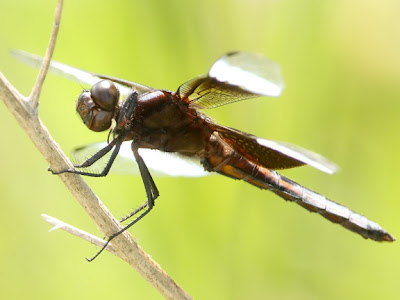 Widow skimmers are identified by the black and the white pruinose bands on their wings. The female widow skimmer only has the black band and does not get pruinose on the wings or abdomen. 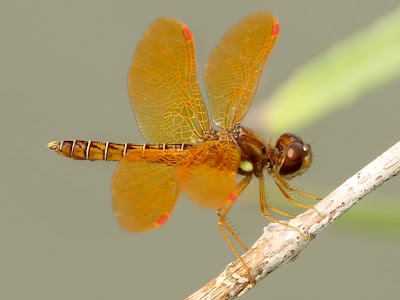 One dragon that was not as common as the rest, that I was able to photograph that day, is the eastern amberwing. These small dragons are usually less then an inch long and prefer still or slow moving water. 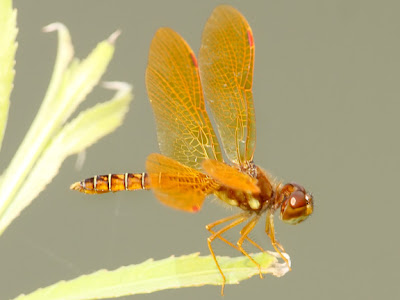 This was a male eastern amberwing, you can tell because the wings are completely colored. The female amberwing has a wing pattern that is similar to the Halloween pennant, although they are quite a bit smaller. 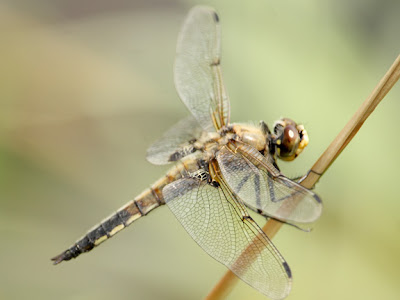 The final dragon that I photographed was the four-spotted skimmer. This type of dragon can be found all over the globe including North America, Europe, North Africa and Asia.
Posted by Ecobirder at 6:56 PM

I like the looks of the Eastern Amberwing. The Four-spotted Skimmer has not extended its distribution to Sri Lanka unfortunately!

I still cannot believe all these different dragonflies that exist and you always get the most colorful ones!!
Enviously,
Shelley