They Had Dragonflies at Purgatory Creek Too

Since most of Purgatory Creek Park consists of wetlands there were quite a few dragonflies around back in July. So while I was exploring the mud flats, as well as the rest of the park, I took a few dragon pics. 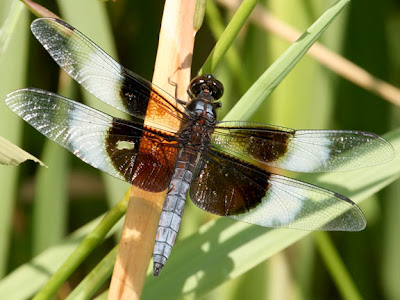 Like this male widow skimmer. This one looked like it had quite a bit of pruinose on the tale which is an indication that this was a mature dragon. 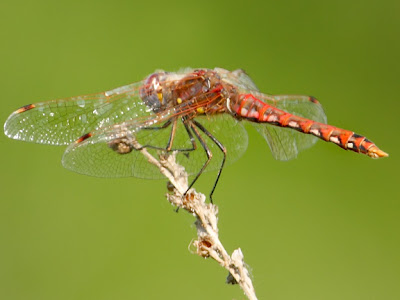 I was also a bit surprised to find a variegated meadowhawk. We do not see as many of this type then we do many of the other types of meadowhawks. When we do see them it is usually in the spring when they migrate north in large group or in the fall when they migrate east. Since this was late July it was a bit uncommon to see one. 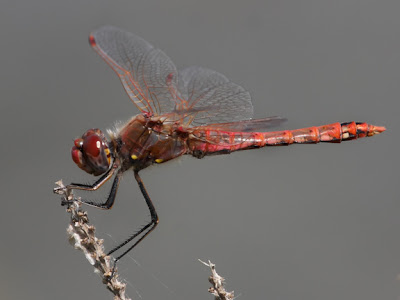 Here is a better view of the variegated meadowhawk. The red color indicates that this is a male. The females are usually more of a yellow, mustard type color with a similar pattern on the abdomen.
Posted by Ecobirder at 9:06 PM

I know you say the last photograph is the best, but I like the 2nd one. I like the way his tail (????) looks. Looks like a braided piece of leather. A beautiful one at that.

That variegated is definitely looking at you in that last photo! I like its colors.

I'm glad I found your blog (from Gallicissas' comments). He admired your work, so I had to pay a visit. I was happy to see this variegated Meadowhawk, I can now compare some of my photos. Your photography is a joy! I'm an amateur who happens to thoroughly enjoy my damsel and dragons about my pond.