I have been making a concerted effort to try and do more birding closer to home lately. This is partly to help the environment and partly to help my wallet. So far this has not been a problem since the warblers are migrating through the area and giving all of us birders plenty to look at and photograph. One place that I have been spending some more time at this year has been Dodge Nature Center. I visited Dodge on the first Saturday in May and had a pretty good day. 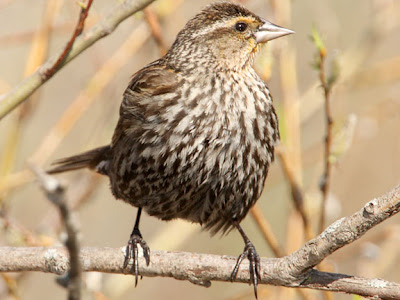 One thing that I have been seeing more of this year are female red-winged blackbirds. They have always been around in years past but the females typically are harder to spot. That is because they usually spend most of their time down in the reeds where their coloration helps to camouflage them. This year though it seems like I am seeing more of them out in the open. I am not sure why this is. Maybe the female red-winged blackbirds are sick of sitting in the shadows and want their turn in the light, they see a woman running for president this year and have decided that this is their year. 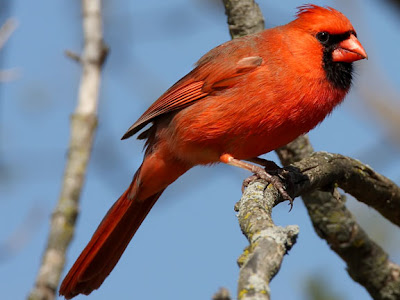 Some birds, like northern cardinals, are pretty common around here all year long, but that does not mean that if a cardinal gives me a great pose that I will not stop to take its pic. 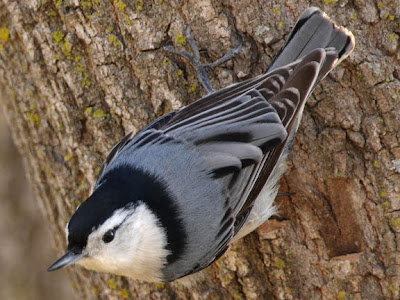 White-breasted nuthatch are another year round resident. 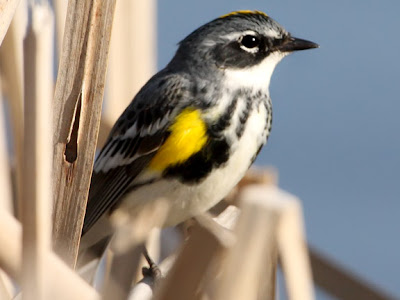 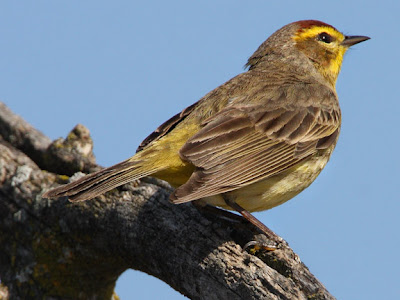 Palm warblers are fairly numerous right now also. They are usually the ones hoping around on the ground. 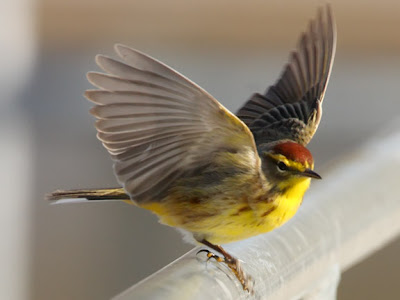 You can also tell the palm warblers by their typical little tail bopping. 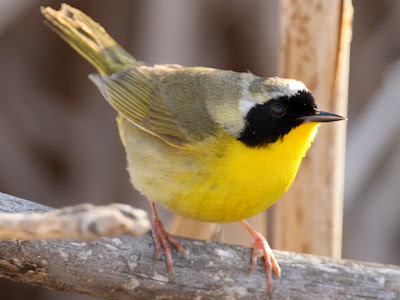 The common yellowthroat is one of nine species of yellowthroats. They range through out the US and Canada, except the far north, during the summer and migrate to Mexico during the winter. 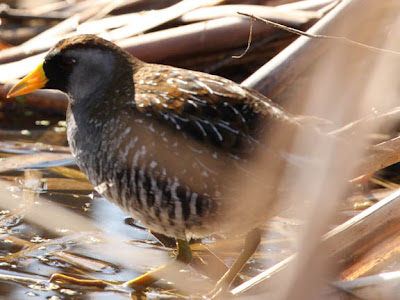 This photo is not great but it is not usually that easy to get a picture of a sora so I was happy just to get a recognizable photo. The sora is a member of the rail family. It lives in the cattails in fresh water mashes and is more usually heard then it is seen. 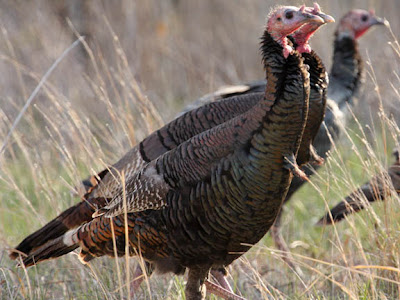 On the other hand wild turkeys have become quite plentiful around here. Each evening they can be seen in fields through out most of the state. 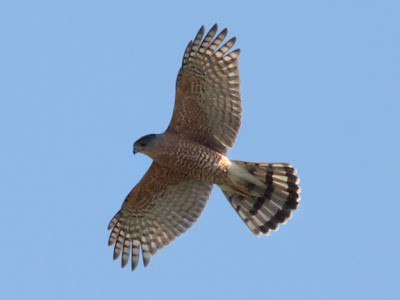 A pleasant surprise on this evening was spotting a coopers hawk out on the prowl. I was able to get a couple of shots as it flew over head. 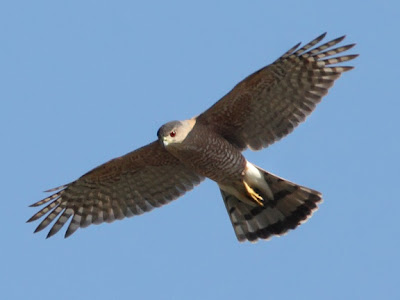 Coopers hawks are part of the accipiter family of hawks. Accipiters have rounded wings just like other hawks, buteos, do but the wings are shorter and their tails are longer. This gives them more maneuverability when they fly which they need since much of their diet consists of small birds. The other accipiters that are native to North America would be the sharp-shinned hawk and the goshawk. 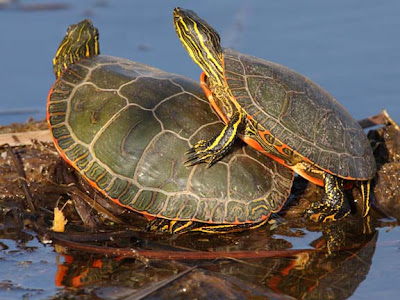 The birds were not the only thing out on that evening. Reptiles, like these painted turtles, are cold blooded and can not regulate their body temperature on there own. That is why you can often see them out sunning themselves on nice days. 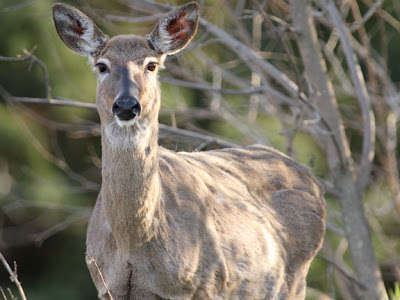 As dusk approached the white-tailed deer began to come out. Minnesota has an over abundance of white-tailed deer. This is due to loss of natural predators like timber wolves and bear. Hunting helps to curve some of the over population. Even though I have never hunted and I am not a very big fan of hunting, it is more merciful to put some deer down quick through hunting then to allow them to starve to death in the winter because there is not enough food to support the large population. However many of the deer have gotten smart and live inside the city limits where hunting is not allowed.
Posted by Ecobirder at 11:56 PM

Neat pics. I enjoy looking at them and then trying to identify. Then read the commentary to see if I'm right.

Looks like you had a fantastic day! Great series of shots!

Thanks troutbirder and Hannibal for the nice comments.