I did find some other wildlife, beside the green darner dragonfly which I posted yesterday, at Dodge Nature Center on April 21st. 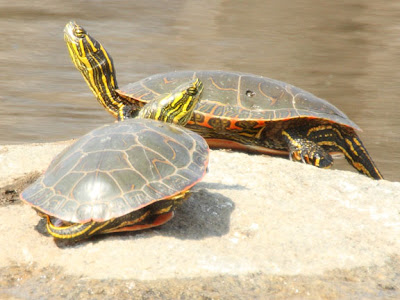 The painted turtles were out sunning themselves on the rocks and logs in the ponds, at least until the sky clouded up. 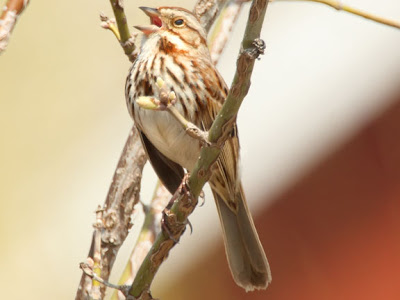 Song sparrows were out singing, as they have been for several weeks now. 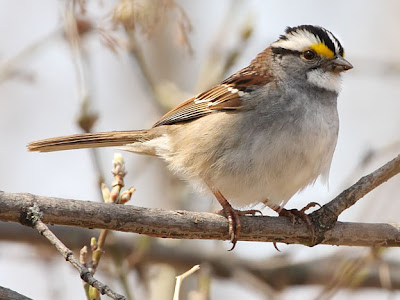 One species that has recently returned and that I have been seeing a lot of are white-throated sparrows. 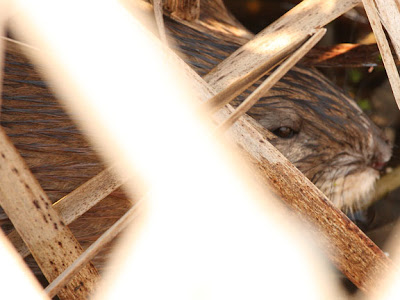 The young muskrats were out with the adults that afternoon. I did not get a very good look at them. They were good at keeping hidden in the reeds. When they did have to travel across an open space they darted very quickly, they were so fast that it was impossible to catch more then a quick glance let alone get a pick. The best look that I got was what you see above. I may not have been able to see them but it was easy to tell where they were because they were very vocal, squeaking and rustling through the dried reeds.
Posted by Ecobirder at 6:22 AM

For gawd's sakes, make sure you don't say anything about seeing cool nature stuff on the MOU list. The rulz are clear: no fun allowed when you bird.

Don't let a few losers get you down. The overwhelming number of people on the MOU listserv are decent and appreciative of your efforts.