Our adventure began on Thursday May 15th. We left the Twin Cities that morning and spent most of the day driving to Williston, ND. Williston is on the west side of North Dakota near the border with Montana. I chose Willistone because of it's close proximity to Medicine Lake NWR. The plan was to spend Friday and part of Saturday at Medicine Lake. We visited Medicine Lake on our way home from Yellowstone last year and had such good luck that we decided to leave a couple days early so that we could stop and spend some time on our way out. Medicine Lake is a great birding location for waterfowl and shorebirds but the main reason that we visit is to photograph eared grebe in breeding plumage. This year our luck was not nearly so good. Unbeknownst to us, at the time, Montana appears to be going through a bit of a drought. The drought did not effect the Medicine Lake so much, but many of the other lakes and bays that are near to the roads, and thus places where we got many of our pics last year, were dried up. We were still able to find some waterfowl though. 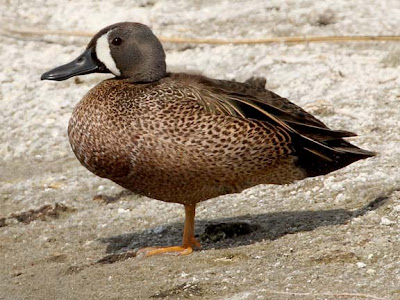 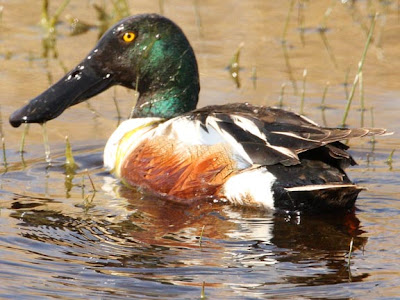 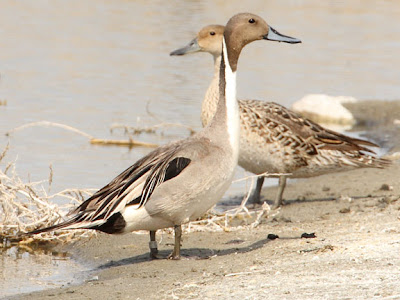 We did find one pair of northern pintails in a small tributary that was still feeding into the lake. 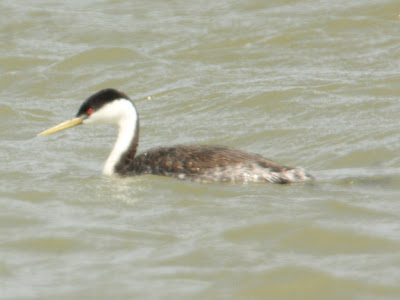 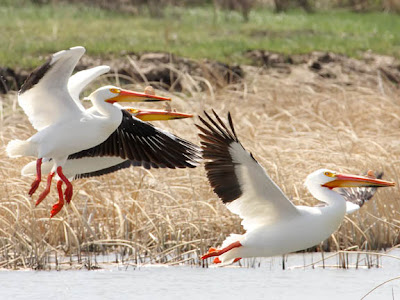 Another thing that Medicine Lake NWR is known for is that it is the location of one of the largest white pelican breeding colonies in the world. 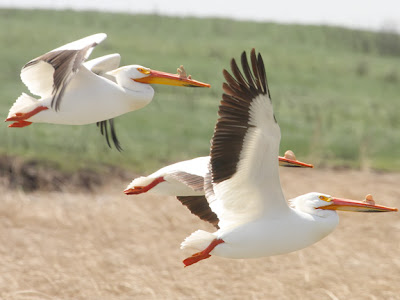 We went out to the pelican over look to view one of the peninsulas that the pelican colony uses for nesting. The peninsula is blocked by an electric fence and gate. These protect the females and the young from predators like coyote, fox and raccoon. Unfortunately it also makes it difficult to get any good pics so we decided to just stop and have a picnic there and watch the pelicans fly out over the lake. Later on I did find these 3 white pelicans taking of near Gopher Point so I was able to get a couple of nice shots.
We also saw quite a few shorebirds as well as some passerines but since this post is getting long I will put them in my next post.
Posted by Ecobirder at 9:51 PM