We are currently in one of the most exciting times of the year for birders here in Minnesota, the warbler migration. Unfortunately between work, volunteering at The Raptor Center, other commitments and the weather I have not been able to get out as much as I would like to. 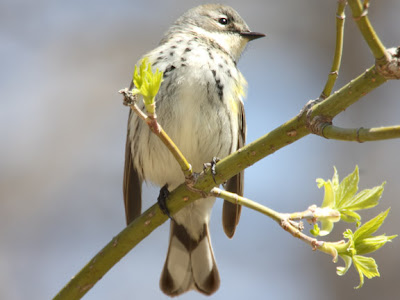 Last Tuesday I took the couple hours that I have between jobs and instead of catching a nap as usual I headed over to the Bass Ponds to do some quick birding. 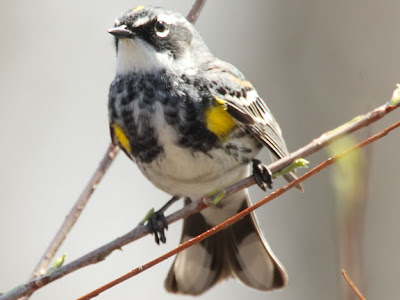 I saw most of the common birds that we get this time of the year, like Canadian geese, mallards, red-winged blackbirds and robins but the bird that I saw the most of that afternoon was the yellow-rumped warbler. 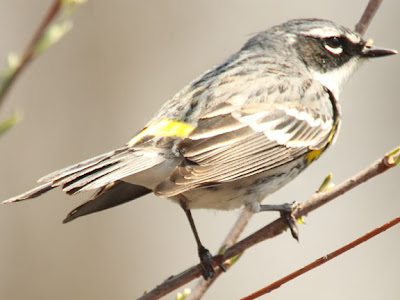 The yellow-butts were all over. They were in the reeds, trees, bushes, on the ground even in the shallow water. 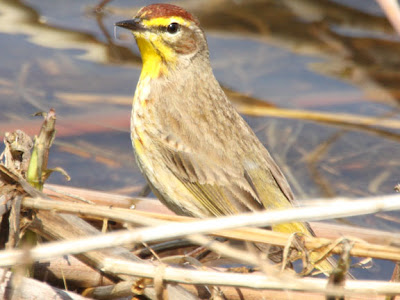 I did also find a single palm warbler. This was my first palm of the year. I must have been late in spotting them because when I posted it on the list server I received an angry e-mail stating that I should not have posted it since many people had already reported palm warblers in the area. This opened up a big can of worms, on the list server, which has finally just quieted down. So I hope that you enjoy this pic.
Posted by Ecobirder at 2:22 PM

I'll admit to being too inexperienced and thin-skinned to post anything on the MOU. I just read it.

Well, Lynne beat me to it . . . I was going to ask if I could buy one as well. :) Jeff, I just wanted to say that I have really enjoyed your blog (and appreciate your emails to mou). Thanks for sharing, I, and I'm sure many others appreciate it.

I quit the MOU listserve once and fall because of the incessant whining about post content. I've gotten a few of those private e-mails from the offended, and they just reinforced my long-held belief that when it comes to narrow-minded wienies, birding has more than its fair share.