Well yesterday we received about a half foot or more of snow. It looks like we will be having a white Christmas this year. It also is looking like it might be another long winter. Which means we are looking at four to five months before we get to see green fields, wildflowers, and butterflies. Fortunately pictures don't hibernate, migrate or die during the winter and I have a lot left from this summer to share. 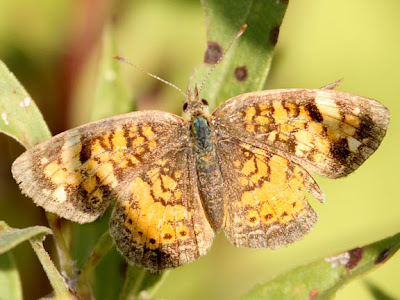 These butterfly pics where taken at the Carpenter Nature Center at the beginning of September (9-1). This first butterfly is a pearl crescent. Pearl crescents are pretty common in the eastern half of the US and can be found in almost any sunny field. Most butterflies do not have a very long lifespan in their adult form, usually only a few weeks, and you can often get an idea of how long they have been around by what shape they are in. This individual looks pretty rough and faded so it has probably been around for a few weeks. 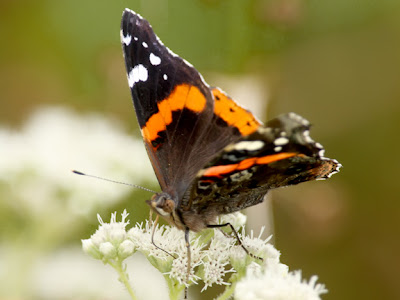 The red admiral, pictured above, can be found through out the world, except places of extreme cold. This red admiral may be filling up with nectar in preparation for migration. 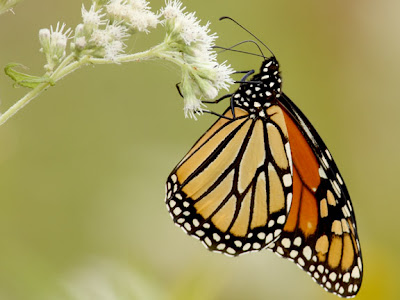 The monarch is probably the most well known butterfly in the world. Like the red admiral above the monarch also migrate south, except they do so in more significant numbers. But not all monarchs migrate. In the northern part of North America the first brood of monarchs become butterflies in early July. This group of monarchs will lay eggs and die with out leaving their northern homes. It is their offspring, that will become butterflies in late August that will migrate to southern California or central Mexico. There they will hibernate in a type of suspended animation. When spring comes they will awaken, mate, lay eggs and die. Their offspring will head north and populate the areas which the monarchs left to migrate south the year before. 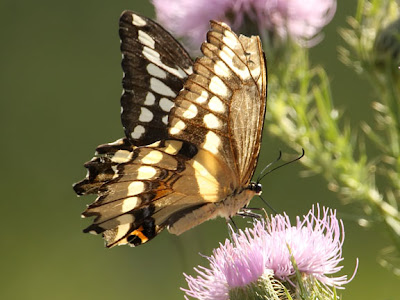 This year butterfly enthusiasts and photographers in south eastern Minnesota where lucky because there was a small invasion of giant swallowtail in the early fall. We typically only see one or two stray giant swallowtail that wander over from Iowa or southern Wisconsin, which is the northern portion of their range. This year though there were quite a few of them around in late August and early September. 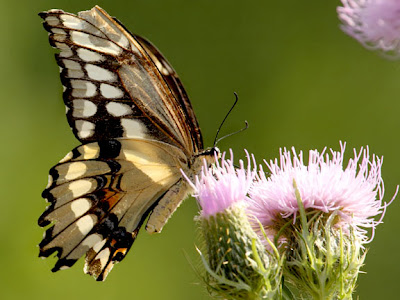 One of the reasons why we do not usually see these large colorful butterflies is because the host plants for the giant swallowtail caterpillar are members of the citrus family and citrus does not do very well here in Minnesota.
Posted by Ecobirder at 2:33 PM

I assume that last photograph is the Giant Swallowtail. It is so different than any of the swallowtails I have in my yard. It is awesome!

All beautiful ecobirder! I had some Red Admirals flying right into my face when I would step out into the yard at least 5 different times this past summer. And then one of my mom's friends told me they were territorial and they probably wanted me out of their way. Is this true?

The monarch looks like a beautiful stained-glass.
You could see some wonderful ones in the many churches of Troyes.
Have a look on
http://troyes-en-champagne.blogspot.com

How beautiful they are! You really do take magnificent photos!
:-)

Beautiful Job on Your Butterly Macro Shots. I look forward to the Spring again to see such gems in action.

Very interesting blog!!! i liked it, most of all for the new ideas that this blog talk. I must to say it catched my attention since the first time that i read it. I usually like everything that can give me what i am looking for. So i advice you buy viagra, the result is amazing!!!