Even though winter does not officially begin until Sunday, December 21st, winter is in full swing here in Minnesota. Having quite a few mild winters consecutively in the late 90's and early 2000's has kind of spoiled us. But it seems as though 2008, like 2007, will be reminiscent of the Minnesota winters that I remember from my childhood. Temps the past couple of days have been below zero with a windchill factor down in the 30+ below zero. On days like these it is hard to spend much time outside taking pics, although if it is sunny I will go out, so the next best thing is to go over pics that I took this summer that I have not yet posted. 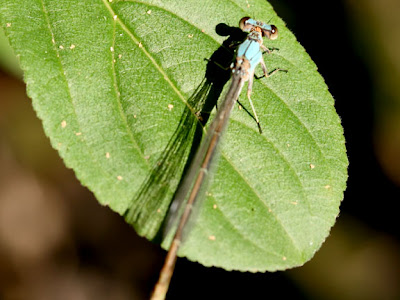 When I look at these pics I realize how much I miss the color green. During much of the year Minnesota is a very green place but during the winter everything is white and gray. 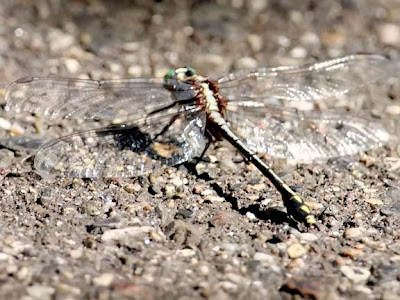 These pictures where all taken back at the beginning of August, 8-1, at the Carpenter Nature Center. The first pic I believe is a powdered dancer damselfly but it is hard to tell for sure since I did not get the tip of the abdomen. The pic above is some type of a clubtail but it is not identifiable from the pic. 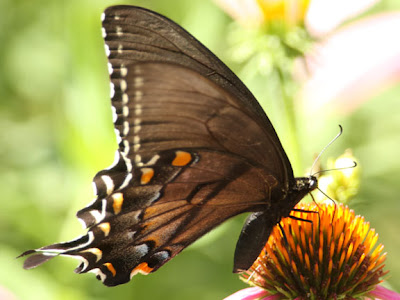 Carpenter was one of the few places that I found any black swallowtail in 2008. 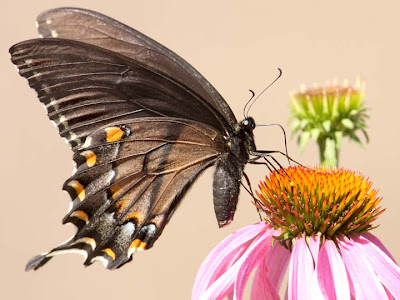 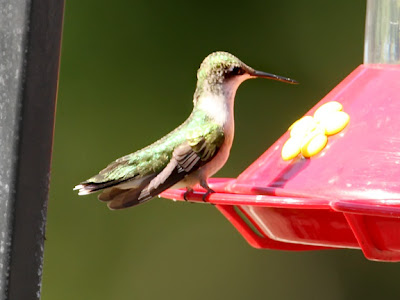 Hummers were another thing that I did not see much of in 2008. I only spotted 3 ruby-throated, typically the only type of hummer that we see, through out the summer and this was the only good pic that I got of the three.
Posted by Ecobirder at 2:53 PM

I think I have one somewhat decent photo of a hummer, but I did see as many as I usually see....

wonderful photos...really love the top one.