For this weeks edition of My World I would like to feature Hawk Ridge in Duluth, MN. 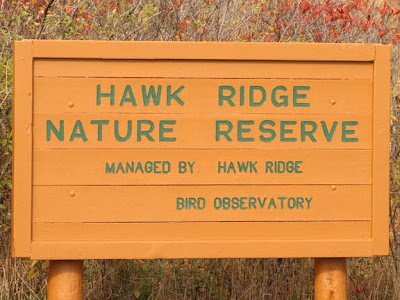 Back in the early 1950's local Duluth residents noticed a lot of hawks migrating through the area each fall. In 1951 resident birders put together the first organised hawk watch. As time went by, and people realized the magnitude of the migration, this hawk watch evolved from a one time mid-September event to a daily raptor count from August through November. 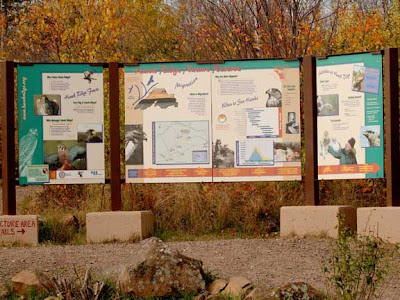 In 1972, the Duluth Audubon Society, with a loan from the Nature Conservancy, donated the money to the City of Duluth to buy the land that is now the hawk Ridge Nature Reserve. The 315 acres is managed, through a trust agreement with the city, by the Hawk Ridge Bird Observatory. 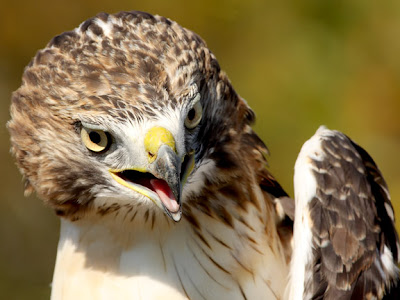 So what is so special about Hawk Ridge? Each fall raptors migrating through the middle of the continent follow the Mississippi River south, this is known as the Mississippi Flyway. To conserve energy on their long flight they travel using thermal air currents. 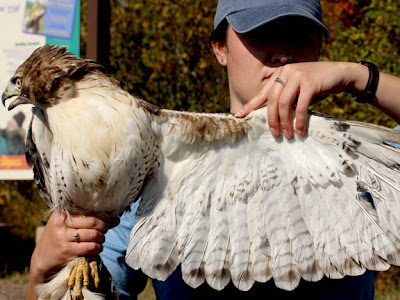 Thermal air currents are created when the air near the ground gets warmed by the earth surface and begins to rise. The raptors will float on this rising hot air, thermals, and use it to gain elevation with out using much energy. When they get high enough they will glide in the direction that they want to go. Gradually they will lose altitude but by the time they are at the height that they began at they will be many miles further down their migratory path. Then they will grab another thermal and begin the process again. 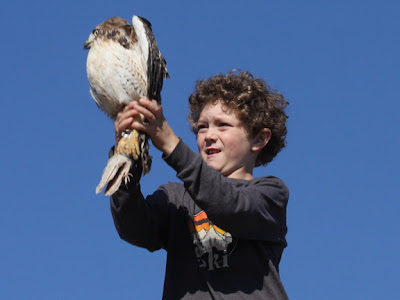 The only problem with this is when they hit big cold bodies of water, Lake Superior in this case. Since the water is cold it does not heat the air so their are no thermals rising. With out thermals the birds would have to work much harder and expend a lot of energy flying which would cut down on their chances of survival. 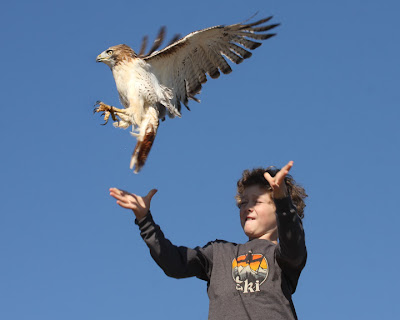 So instead of crossing over the lake they follow the shoreline down which takes them directly over Duluth and Hawk Ridge. 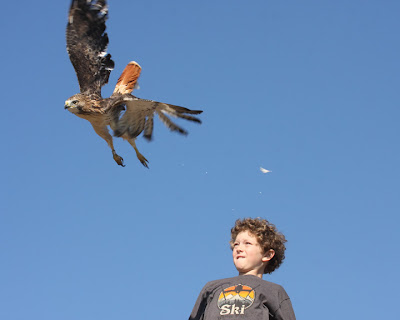 The Hawk Ridge Bird Observatory, with help from the Friends of Hawk Ridge, takes advantage of this phenomenon to study the migration of raptors. Each year they count and record the number and types of birds that pass over the ridge. 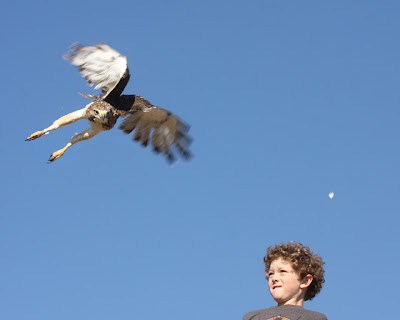 These pics where taken on my trip to the ridge on October 4th. On that day 148 birds were counted as they flew over head. This red-tailed hawk was one of 52 that flew over that day. A total of 60,514 raptors were counted from August through November, with the big day being September 15th when 22,419 raptors, most were large kettles of broadwing hawks, passed over head. 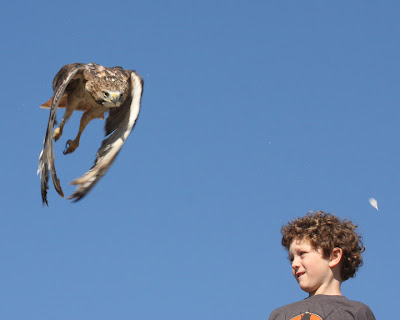 Besides the counts there are also several banding stations working in the area. At these locations raptors are trapped and banded. The banding information is recorded so if this bird is trapped again somewhere in the future they will know that it came through Hawk Ridge. Besides helping us to better understand raptor migration the banding programs also provide raptors that can be adopted. 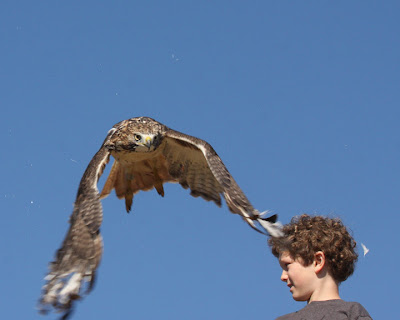 If you visit Hawk Ridge in the fall you will have the opportunity to adopt a raptor for a small fee. As the adopted parent you get to release the bird back into the wild. I could try and explain how cool this is, I adopted 3 birds in 2008, but I think the pictures above of the young boy releasing an adopted red-tailed hawk tell the story better then I ever could. The money from the adoption helps to fund the events at Hawk Ridge as well as other educational programs sponsored by the Hawk Ridge Bird Observatory.

How awesome to get so close. I love the face close up great photo.

Great photos. I enjoyed reading about this facility but found myself wondering about the hawk and the kid in the series...might be another story for another post!

Think this is great, and you have captured it so well.

The hawks and owl are very beautiful. We see many red wing hawks here on Sanibel. Very good information here.

EB: What great photos and the hawk release is beautiful.

Amazing close up shot. Your world is a birders paradise.

Nice series of photos of the hawk being released. There is a lot being felt here.

I envy you everything about this world so much. It is a honour to be around such creatures.

what a great place and i love your photographs.
happy holidays from central virginia.

Wonderful photos and story to go with it.

I am exhilarted just seeing that young boy release him!

Oh, that is over-the-top awesome. I want to visit and adopt a hawk just so I can release it. And how great to have a young birder involved!