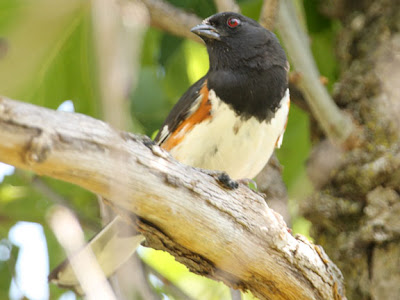 One bird that is heard more often then seen is the eastern towhee. These birds are usually found on the ground, where they often make a ruckus in the leaves as they search for seeds, berries, and insects to eat. 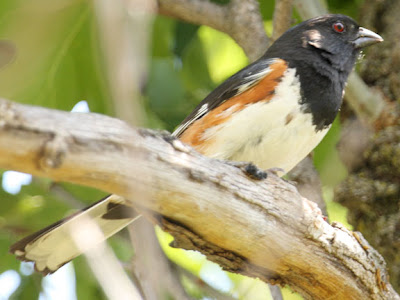 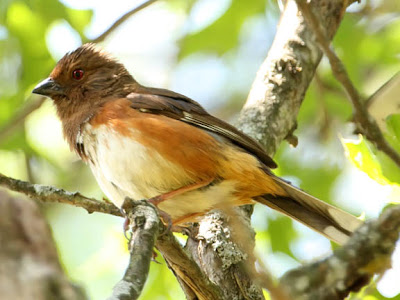 Since they spend much of their time foraging on the ground it makes sense that these birds would also nest on the ground. The female builds the nest by herself. The nest is cup shape and usually sunken into a pile of fallen leaves. The nest is typically made up of bark, twigs and leaves with the inside lined with fine grass, feathers and animal hair. Sometimes there is cross breeding between the eastern and spotted towhee in the middle of the US where the the range of their ranges overlap.

Posted by Ecobirder at 7:16 PM

As usual, lovely and informative post. Thank you and Happy Critter Day!

I loved seeing your birds and reading about them as well. I look forward to seeing and reading more!

What a gorgeous bird.. sort of resembles a banana with feather! ;-)

Great shots. I hear an Eastern Towhee calling outside as I read your blog. I have never been able to get a good picture of one but then my camera is not as good as yours either. Helen

Such a beautiful bird. Great captures

The Towhee is a pretty bird and one of my favorites. Great shots.

Wonderful photos and I always enjoy the info you share about the birds.