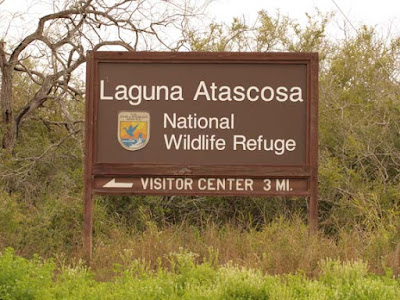 For our first full day in Texas we decided to head over to the Laguna Atascosa NWR. The Laguna Atascosa boasts a bird list that includes 413 different species, which is more then any other wildlife refuge in the United States. 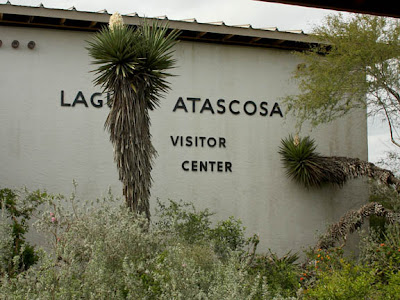 The first thing we did was to head over to the visitors center to pick up our bird list, map and other important info. We also brought a few oranges with since they do accept citrus donations, which they put out for some of the more tropical birds. 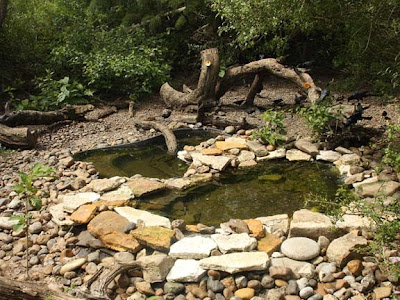 Around the visitors center they have several feeding stations as well as photo blinds where people can get a good look at many of the south Texas specialties as they feed and bathe. 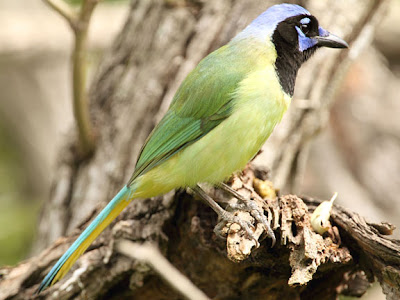 One of the most popular of the south Texas specialties is the green jay. There were quite a few of these birds around enjoying the citrus and seeds that were provided at the feeders. South Texas is the only place in the US where you can see green jays. 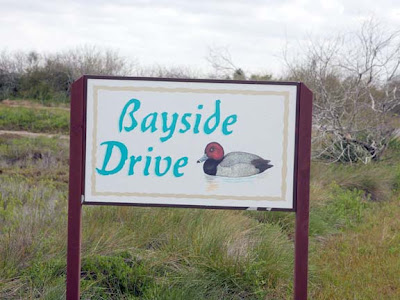 After spending some time photographing the birds at the blinds and feeding station we decided to take a tram tour of the refuge. The tour took us out on the Bayside Drive which goes through much of the eastern portion of the park. 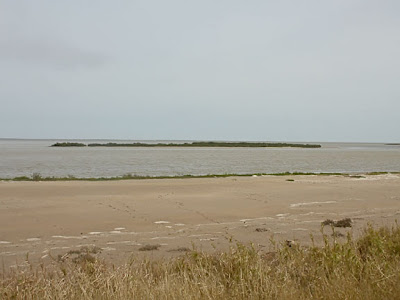 Bayside Drive took us out to the shore of the Laguna Madre, the salty bay that divides Padre and South Padre Islands from the mainland. The Laguana Atascosa was designated a refuge in 1964. Its purpose was to help preserve habitat for wintering waterfowl, particularly the redhead duck. About 80 percent of the worlds redhead duck population winters in the refuge area. 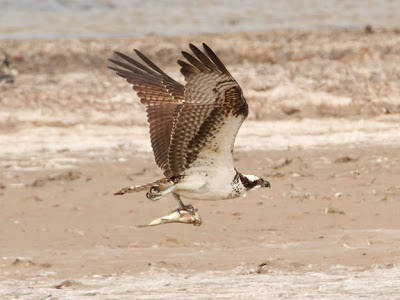 We did not see many redhead ducks, it was a bit late in the season and many of the waterfowl had already begun their migration north, but we did see other birds enjoying the waters of the Laguana Madre. Birds like white pelican and osprey, pictured above, where having good luck fishing in the salty waters. 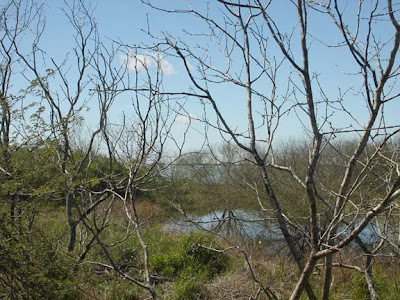 One of the major types of habitats that can be found on the refuge is the thorn forest. These track can contain over 200 different varieties of thorn bush and provides critical habitat to the many different animals and birds including the endangered ocelot. There are less then 30 ocelots living on the refuge and this is the majority of the US population. 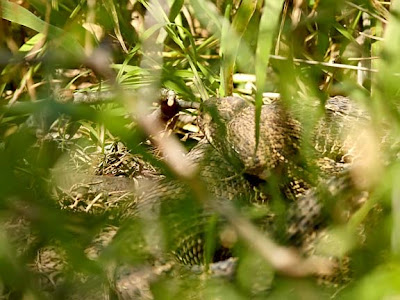 Other animals also enjoy the solace of the thorn forest. The rattle snake takes advantage of the protection of the thorns when it comes out to get some sun, which it needs to help regulate its body temp. This was the only rattle snake that we spotted on our trip. The shot is not very good, because it was pretty well hidden in the vegetation, but I was not about to go rearrange things to get a better pic. 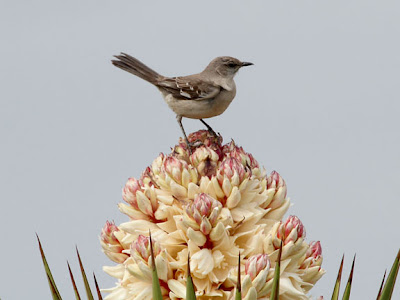 Birds also take advantage of the thorn forests. Even though most of the plants have sharp thorns or leaves to protect themselves many birds have figured out ways around the defence mechanisms. Since the yucca trees were in bloom while we were there many of the birds were taking advantage. 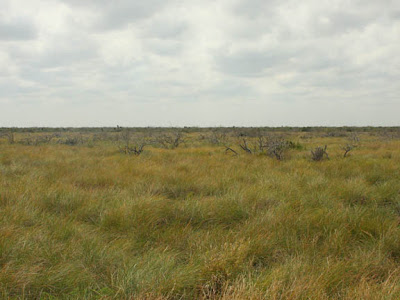 Besides the thorn forests and the wetlands most of the rest of the refuge is grasslands. A lot of the area that is now grasslands was once used by the military as an aerial gunnery and bombing range during World War II. Some of the ammunition supply bunkers and building foundations still exist on the refuge. 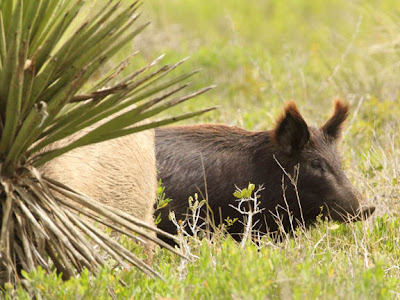 Now the grasslands is home to many different animals and birds. Rodents thrive in the area which brings in predators like snakes and raptors. Sometimes, however, the prey is too large for any of the predators. Such is the case with the wild pigs that roam the refuge rooting up plants. The ancestors of these pigs were either released or escaped from neighboring farms and have become feral over the years and generations. They typically weigh around 100 to 150 pounds but in some cases they have been found to reach weights of over 400 pounds. The refuge works hard to manage the population so that they do not over run the entire refuge.

That Green Jay looks pretty special to me and I never tire of looking at Ospreys. great captures. Phil

What a great trip you've had and marvelous photos. Love the Osprey and the Green Jay! Thanks for sharing the fun and the beauty!

I never saw a green jay when I lived in TX. Guess I wasn't far enough south. Impressive place -- and impressive birds.

what a wonderful day today is visiting your corner of the world and seeing all this wildlife, what an amazing day...loved the green jay, first time to see that....thanks for showing this to us!

Wonderful post and pictures. Thank you for the tour.

Fab pictures! I remember when we saw our first green jay down there in Mission. Thanks for the memories.

What a wonderful place. Love the green jay and that two-toned pig!

You saw and captured some wonderful sights on your trip to Texas. Your bird shots are gorgeous.

Very interesting post! You got a great shot of the Osprey. There are feral pigs too in our area, in the Neuse River Basin. They are very destructive. Wily too.