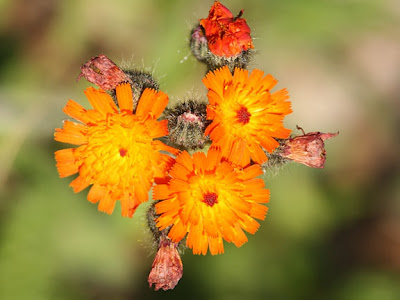 Although it has what I think is a cool name, orange hawkweed is an invasive species that has moved in from Europe. It is listed as a secondary noxious weed in Minnesota because it spreads rapidly forming a solid mat of dandelion type flowers. This leads to a loss of diversity in native plants in effected areas. 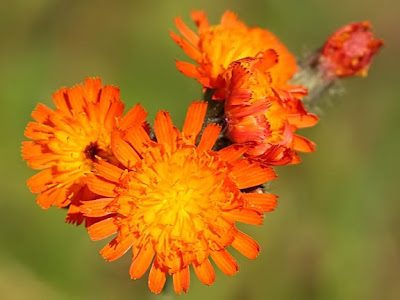 Orange hawkweed is often found in newly disturbed areas, such as clear cut forests, fields and road sides. Because it is an early succession plant it will often spread and take over an area. It may even have alleopathic effect on neighboring plants, meaning that it may produce biochemicals that effect the growth and development of other plants.

It's very pretty, but too bad it's so insidious. Happy Easter!

What a troublesome one, but so beautiful. Nice pics.