On February 23 I travelled up to Monticello, MN to get some more pictures of the trumpeter swans that have gathered here before they head out for their summer territories. 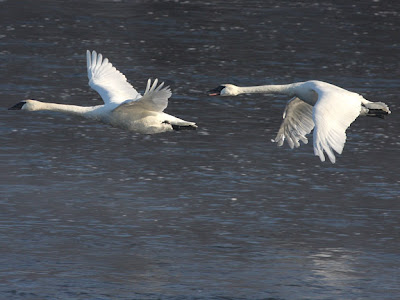 The swans gather here because there is usually open water all year round due to the Excel Energy Power Plant that is upstream. 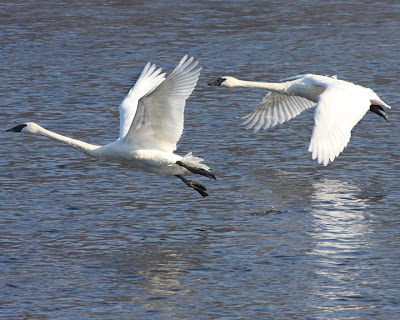 It also helps that there is a woman, the Swan Lady, who feeds the swans. 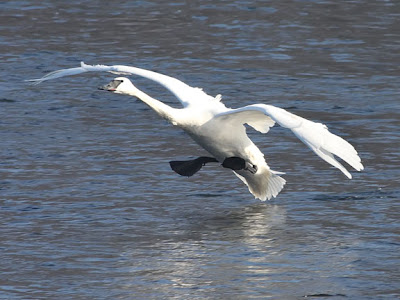 That is right, there is a woman who is feeding hundreds if not thousands of swans here. 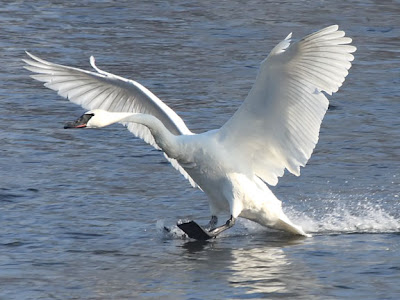 Her home is next to a small park that is on the river. They have a large feed trailer parked in their driveway and a duct system that transports cracked corn from the trainer to large bins which she uses like a trough down at the shore line. 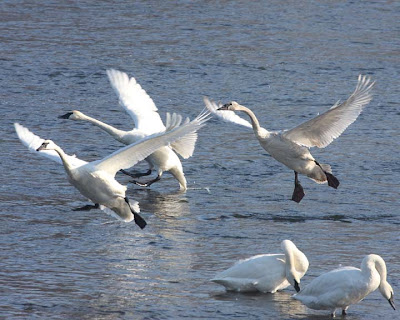 At feeding time she makes her way from her house down to the shore, surrounded by hundreds of mallards and Canadian geese. She carries a large bucket filled with cracked corn which she tosses out to the ducks and geese as she walks. 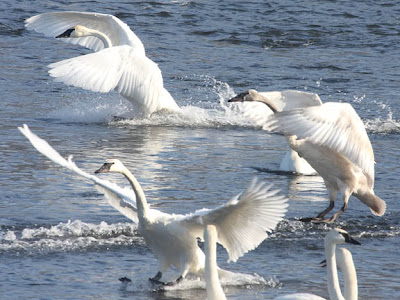 Down at the shore the swans begin to gather around. The Swan Lady opens up the corn duct and feed pours down the hill to the river side. Each trip she fills up a couple of large buckets and uses them to fill 10 or more large tubs, which act as troughs, down on the shore. 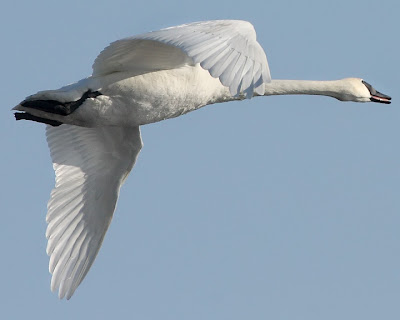 besides the trumpeter swans, Canadian geese and mallards there were also a few odd waterfowl. Out in the river there were a few common goldeneye and common merganser. On the shore I found a female northern pintail in with the other ducks looking for a hand out. 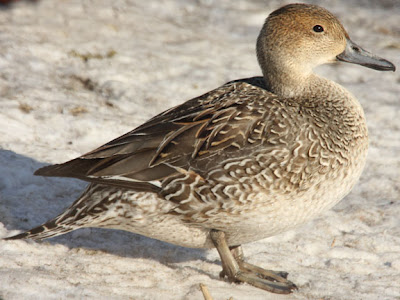 There was also a pair of woodducks. it was easy to see that the female was in charge in this relationship, as the male followed her around wherever she went. 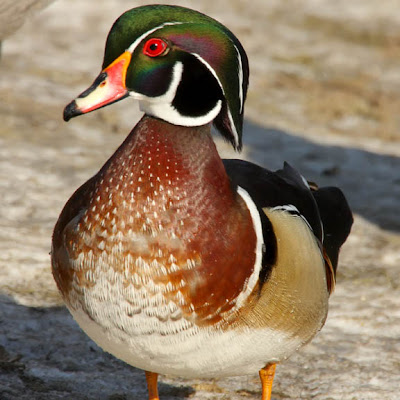 There was also this mystery bird. My guess is that it is some escaped or released domestic bird. 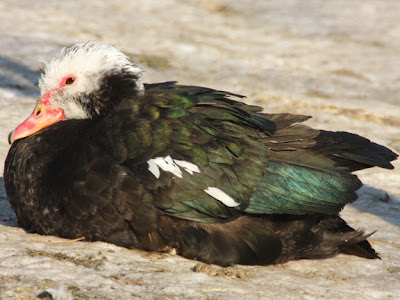 If anyone knows what type of bird this is I would appreciate it if you could let me know. Just add a comment below.
Thanks.
Posted by Ecobirder at 4:49 AM

No clue on the mystery bird but it looks kind of pitiful. Messy feathers, red-rimmed eyes, hangover?
Wood ducks remind me of Imperial Storm Troopers all painted up. Nice detailed photo. I need to check back in your posts for the directions up to see the trumpeter swans. I've never been and it sounds like Sunday might be a nice day.

Jeff: It's a Muscovy Duck.

Check out "Kaufman Field Guide to Birds of N.A.: Page 52. Picture is just like yours.