Here are some more pics from a time when the sun once shined on Minnesota, March 16th. Although by the time that I took these pics the clouds that we have seen most of the past week plus had already begun to role in. 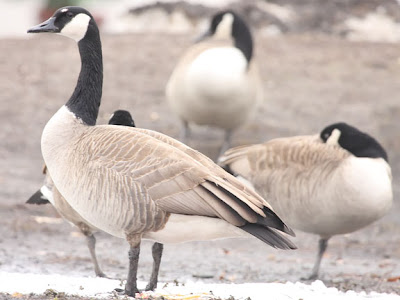 These pictures were taken at Silver Lake Park in Rochester, MN. A lot of people feed the geese at Silver Lake so there were quite a few Canadian geese around. 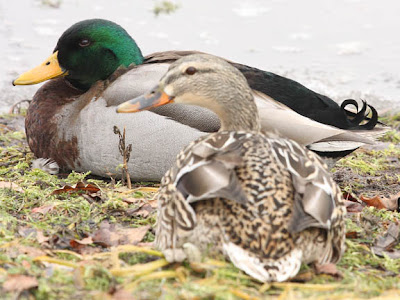 There were also quite a few mallards. Mallards and Canadian geese are both pretty common year round in Minnesota. 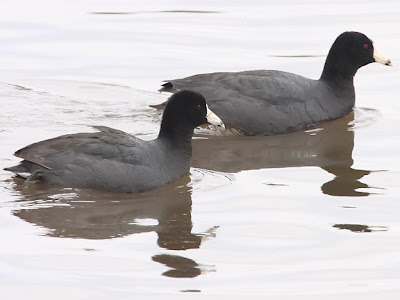 One bird that I have not seen in Minnesota for a while is the American coot. 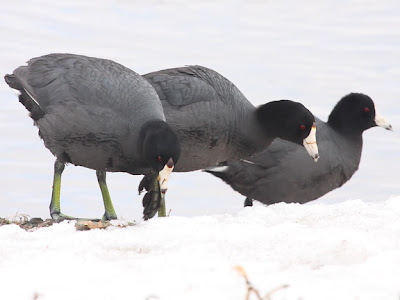 This was the first time that I had birded Rochester so I was not sure where else to go but since it is only about an hour drive from home I may have to do some research and make another visit.
Posted by Ecobirder at 2:32 PM

Rochester is home to Don "The Owl Whisperer" Anderson. Check out his owl rescue here and here.

Hi Ecobirder,
If you know when you'll be heading down to Rochester again, send me an e-mail (rjknits at msn dot com). I'm south of town and maybe we could go do a little rural Olmsted county birdwatching! I know where there are some Western Meadowlarks (once spring gets here!)