There were a few birds other then redwinged blackbirds that I photographed on the 24th at the Minnesota Valley NWR visitors center. Most of these other birds are winter or year round residents. 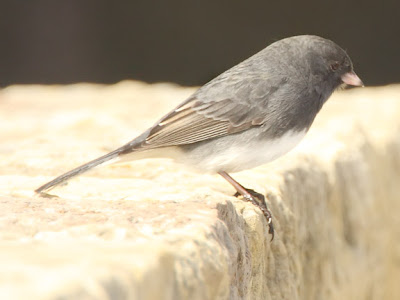 Dark-eyed junco's are a winter resident here in southern Minnesota. 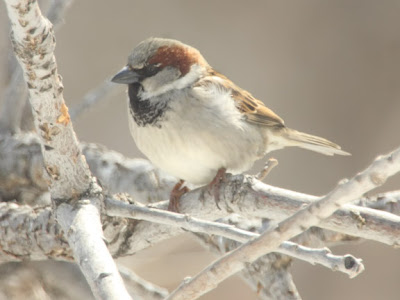 House sparrows are year round residents through out the United States 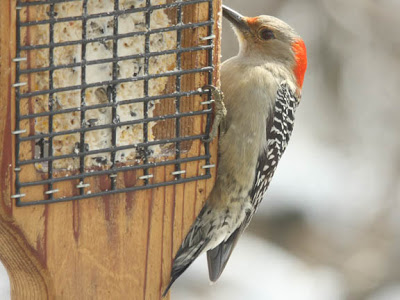 Red-bellied woodpeckers are year round residents 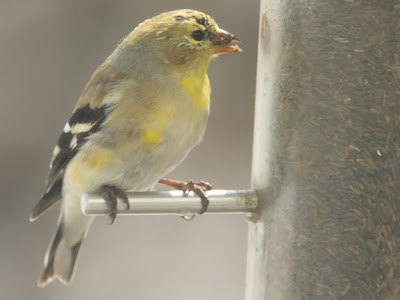 Gold finch are year round residents however many non-birders do not recognise them in winter since the males do not have the bright yellow plumage that they do in the summer time. 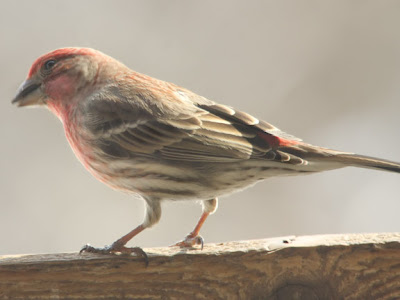 House finch are year round residents through out the entire US 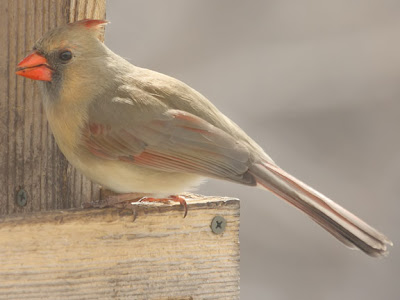 Northern cardinals are year round residents in the southern half of Minnesota. 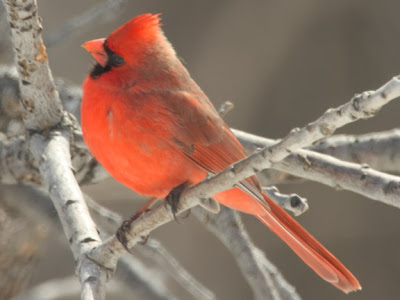 A more appropriate name for the northern cardinals would be eastern cardinal since they are not found very far north and are pretty rare in the western half of the US. 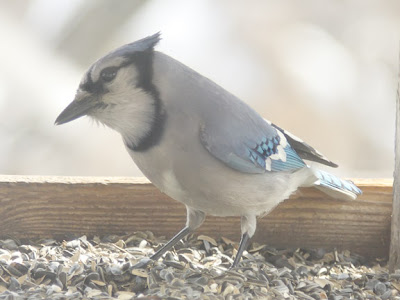 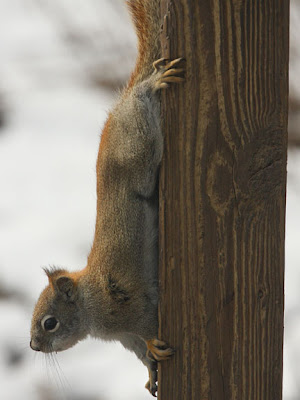 It was a pretty busy day at the feeders. Spring was in the air and all the birds, and even a few non-birds, were out enjoying the nice spring weather.
Posted by Ecobirder at 10:52 PM