One of the most exciting things to see at the Vince Shute Wildlife Sanctuary is when mother bears bring in their new cubs. In past years Michelle and I have visited at the beginning of the season, near to Memorial Day, or at the end of the season, Labor Day weekend. This year was the first year that we went pretty much in the middle, July 4th weekend, and it certainly payed off.

When we have gone early in the season the mothers have typically treed their young cubs back in the woods and come in to eat on their own. When we have come later in the season we have seen more of the cubs come in to feed with their mothers but by that time they have already grown quite a bit. By going in the middle of the summer this year we got to see a good selection of cubs who were all still fairly small and very cute.

At one point during the evening this mother with her three cubs came to the outskirts of the clearing. Mom was cautious and stayed at the edge of the meadow far from the other bears. While mom was trying to decide whether or not it would be safe to move in closer the cubs would run around her playing and peering curiously at this strange place. 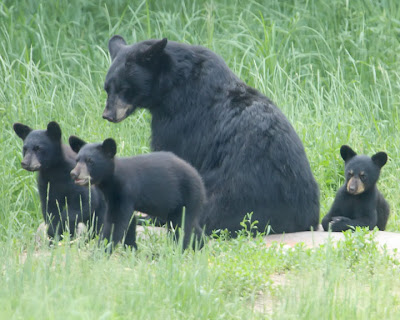 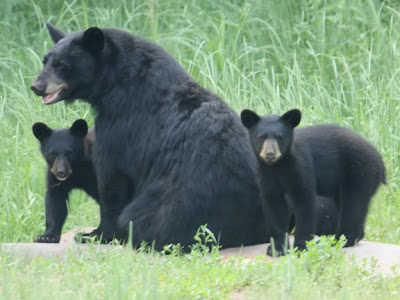 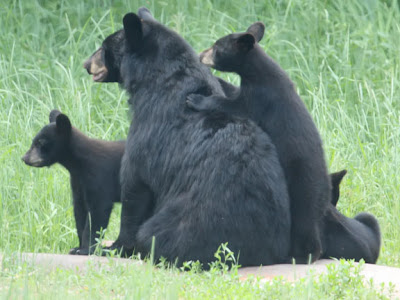 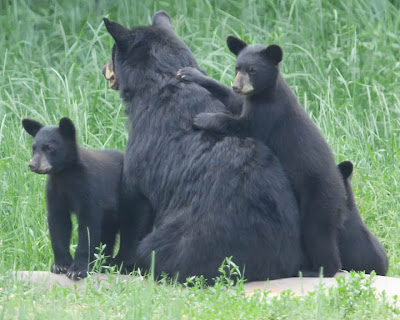 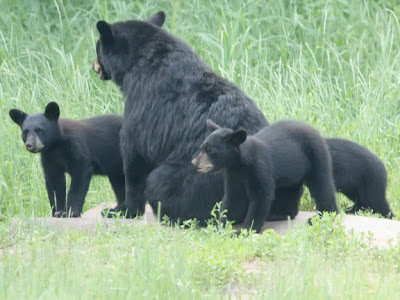 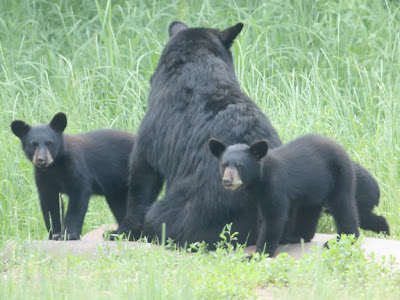 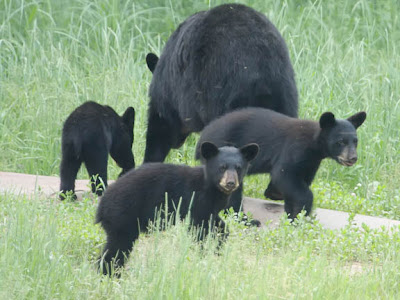 Eventually mom decided against coming in to eat so she turned around and lead her brood back into the woods.
Posted by Ecobirder at 3:50 PM

They are so cute! I am sure you enjoyed it. Makes me wonder again why I did not go to Cades Cove during the summer. Now here it is Labor Day.

Dang. I keep meaning to go up there, but never seem to make it. Is the feeding there controversial at all with the DNR?