And lest I forget Carlos Avery also had some butterflies for me to photograph that weekend. 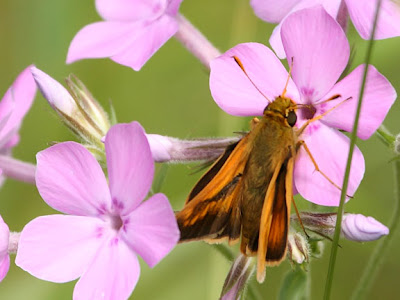 Skippers are usually pretty hard for me to identify, especially since I am such a newbie. They are kind of like the sparrows are in the bird world, small, hard to see, and all look a lot a like. I think that this one is a crossline skipper but if you think that I am wrong please feel free to correct me. 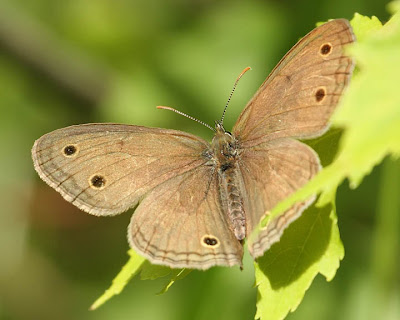 The little wood-satyr is typically found in forest clearings or on the edges of woods, which is where I found this one. They fly in a bouncy pattern usually close to the ground, although they will also sometimes fly up into trees and perch on a leaf blade. 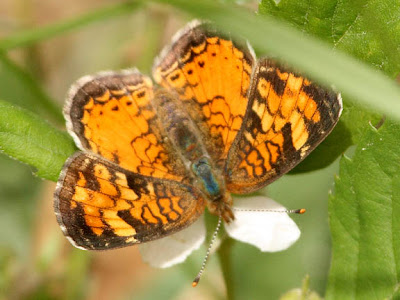 The pearl crescent is a very common butterfly, especially in the eastern half of the United States. They can typically be found in open fields as well as in flower gardens and on the sides of roads. One of the reasons that they are so common is the fact that they often have 3 or more broods per year. 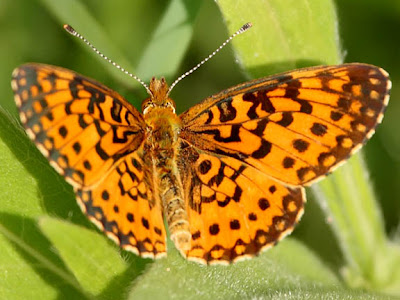 The silver-bordered fritillary is common in the northern US and through out much of Canada. They are typically found in boggy areas, marshes or wet meadows. 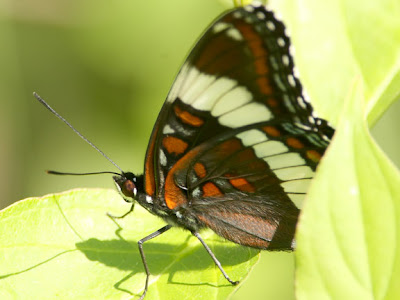 The white admiral is found through out most of the northern part of North America as well as Europe. Their typical habitat is forest edges or along streams. 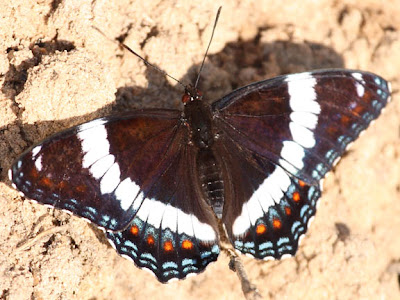 Although they look different the white admiral is actually the same species as the red-spotted purple.
Posted by Ecobirder at 4:01 PM

Love the White Admiral. I had a Red Admiral this spring, for one day, have not seen it since. It was on the brick wall of my house, fairly close to my dryer vent. Not sure if that was some type of attraction or not.