We also did a bit of birding while we were out at Necedah NWR. Since we were a few hours east of home we got to see, and photograph, some birds that I do not see very often even though the Twin Cities falls with in their summer range. 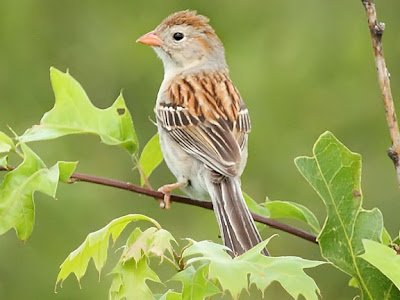 The field sparrow is fairly common, during the summer time, both in Wisconsin and back at home, although their numbers are declining. 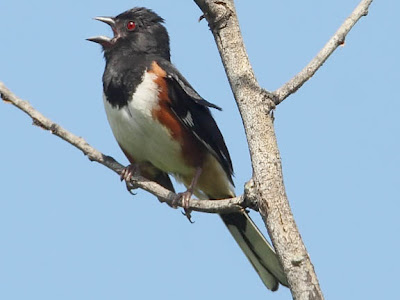 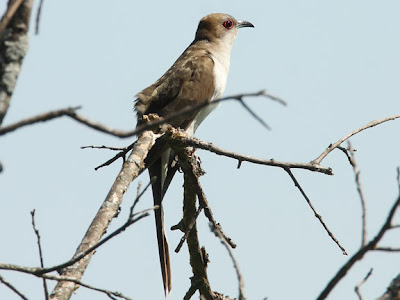 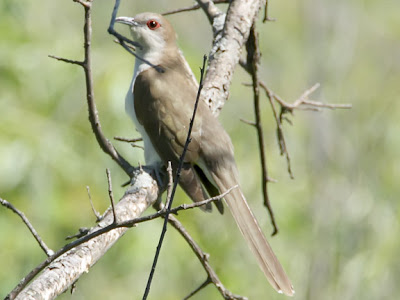 Black-billed cuckoo eat fruit, seeds, and large insects, especially caterpillars. It is not good to find a caterpillar eating bird in the area where the main population of endangered Karner butterflies exists. However the Karner larva are quite small and the cuckoo spend most of their time hunting for caterpillars in trees and thick brush instead of lupine fields. This is good news for the Karner blue and bad news for the red-spotted purple. 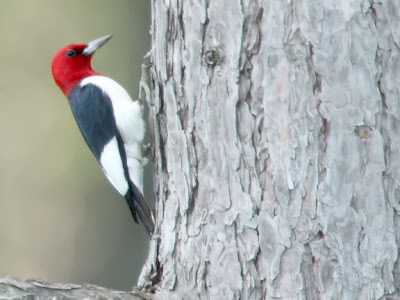 One of the birds that we photographed last year on our trip to Necedah that I was hoping to see again this year is the red-headed woodpecker. We did get some looks and a few pics of the red-heads but not as good as the ones that we got last year. 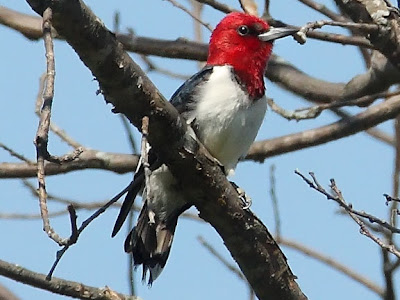 Necedah is great territory for red-headed woodpeckers. There are several parts of the the park which are covered with old growth forest. Trees that fall or die in these woods are left to decompose naturally. These dead and dying trees are filled with nooks, holes and crannies which are important to the red-heads. The red-headed woodpecker is one of only a few types of woodpeckers know to cache food for future use. They will hide seeds, nuts, and even live insects in spaces in the trees, insects are often wedged in tight so that they can not escape. That is why a lot of dead wood is important to these birds. Unfortunately in too many places dead trees are removed which makes it difficult for red-heads to find suitable habitat and why the population of the red-headed woodpecker is on the decline.
Posted by Ecobirder at 3:20 PM

The red-headed woodpecker still has been elusive on my bird watching travels in Michigan - sad to hear about their decline. Glad I could experience them thru your photos.

Thanks Leedra and Shellmo, I really like red-headed woodpeckers also. It is funny because Audubon lists them as a declining species but one of our workshop teachers was from MN and he mentioned that they seem to be increasing at least in MN. We did see one in SD but only for a sec a good distance away.

Maybe they will be like the Eastern Bluebirds are in our area. They were declining but now they are really doing well. My husband thinks too well, due to the mess they leave from the quantity of them. I think we have had 4 or 5 new families of Bluebirds this year. If I could just teach them to 'sit still' for a portrait.