There were also quite a few dragonflies at Carlos Avery that weekend, bad for mosquitoes, good for me, although we could have used a few more of the larger types to help with the run away deer fly population. 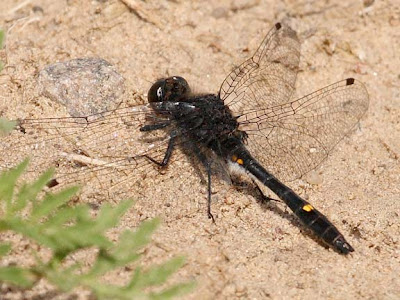 The dot-tailed white face is fairly common in this area. They are one of the first dragonflies that we see in the late spring and are usually around until October. 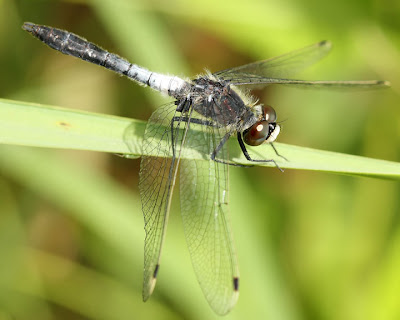 The frosted whiteface are typically only found in the Great Lakes and the North East. 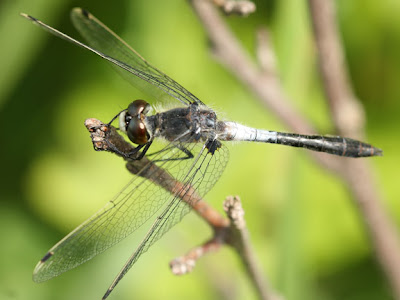 Their preferred habitat is vegetated ponds or lakes especially ones with a lot of floating sphagnum moss. 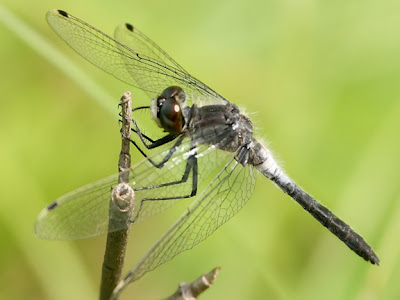 They typically hunt by perching on vegetation and waiting for their prey. 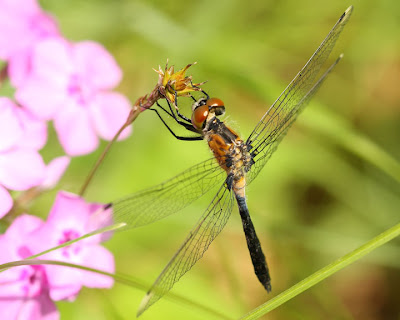 Female frosted whiteface looks much different then the male with only the white face and black abdomen sections looking the same in both male and female. 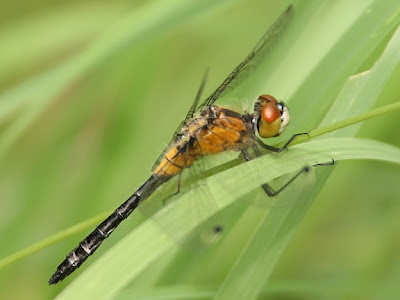 Although their habitat is typically around water I found most of these frosted white face in a small section of short grass near an intersection of two road. There is plenty of green ponds, pools and flowages in Carlos Avery so water is never too far away but I was surprised that these dragons seemed to prefer this open grass. 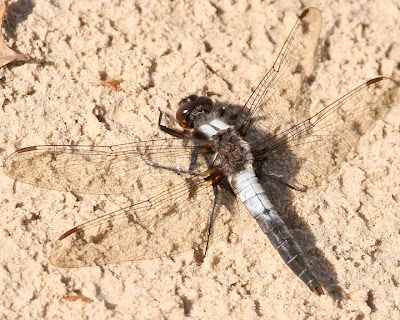 At first glance I thought that this was another frosted whiteface as I spotted him facing away sitting on the ground, but on closer examination I identified this dragon as a chalk-fronted corporal. The white on the front portion of the thorax is what gave it away, notice the male frosted whitefaces above have a black front thorax. The white front thorax is how the chalk-fronted corporal got its name, as they resemble corporal stripes. Another dead give away if you see one from the front is the lack of a white face. Chalk-fronted corporals like to hunt from a perch on the ground as shown above. 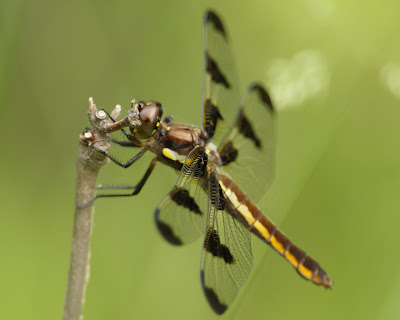 As usual there were quite a few twelve-spotted skimmers about. I am guessing that this one is a female because the males typically white areas between the dark spots on their wings. 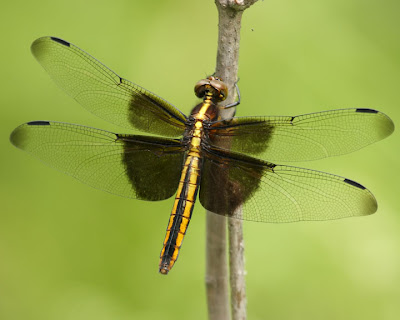 Another dragon that typically hunts by perching on vegetation is the widow skimmer. This widower is a female. Males are typically a dusky blue with white patches that follow the black patches on the wing. Immature widowers look a lot like the female however the female usually have a black ting at the tip of their wings.
Posted by Ecobirder at 7:51 PM

THE DRAGONFLIES ARE BACK!!! Love the photos. Saw the remains of one this morning in my yard. All the predator left was 1 wing.

your dragonfly photos are always great - especially the last one. I am going to have to start paying more attn to them when I'm kayaking. They always seem to follow me down the lake...