Well it looks like the mainboard on my PC is fried. I had hoped that it was just the power supply but no such luck. Fortunately I have more then one PC. So I spent Friday evening into Saturday morning transferring data and installing programs so that I would be fully functional again. It has been a beautiful weekend so besides all the computer repair I have also gone out and taken another 20gb worth of pics. It will take a while to get them sorted, cropped and posted but that shouldn't matter too much since I still have over a months worth of pics in back log. So here are a couple more dragon pics. I took these at Dodge Nature Center the last weekend in June. 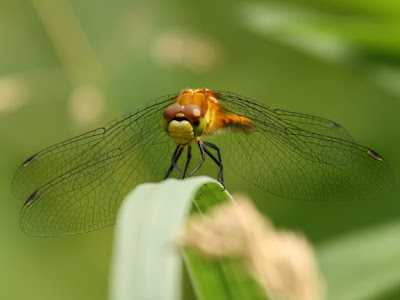 This first one is a meadowhawk, although I am not sure which type. The face does not appear white enough for a white face and since the legs are black it can not be an autumn. That is about as far as I can narrow it down other then this is a female, the male would typically be red in color. 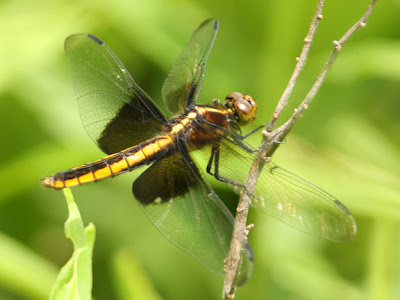 Ecobirder - you have opened up the world on dragonflies! And that first photo - what a face on that one! (Looks like a monkey face.)

I agree with Shellmo, you have introduced the whole world of dragonflies. Your photos just keeping getting better. The back log of photos does seem overwhelming at times. I still have not been all my photos from the June trip to St Pete.