While watching the bears up at the Vince Shute Bear Sanctuary we also got a chance to do a little birding. There were quite a few bids who where taking advantage of the food that was put out for the bears. The blue jays were the biggest culprits. 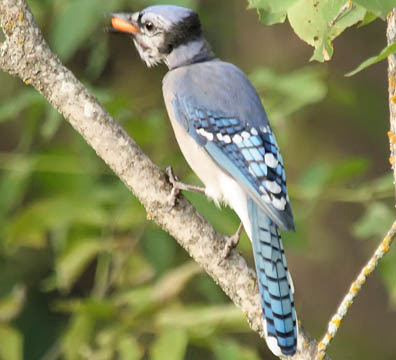 There were about a dozen blue jays in the area who would sneak in and share in the bears meal. 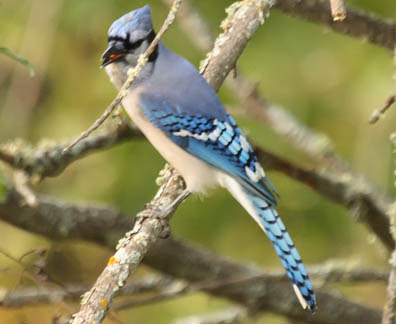 Besides the blue jays there were also a lot of goldfinch and a couple white-breasted nuthatch that were getting in on the action. There were also some birds who were around but did not care about bear food. Like ruby-throated humming birds and this sapsucker. 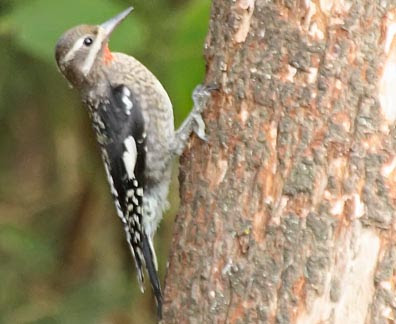 I believe this is a juvenile yellow-bellied sapsucker but it is hard to tell because it is missing the dark band that outlines the red on the chin.
Posted by Ecobirder at 10:01 PM