I left the Quad Cities early Sunday morning. There were still a few workshops and field trips scheduled for Sunday but I had about a 7 hour drive home and had to be back to work early Monday morning. I decided to take the scenic route again, following the Mississippi, instead of the freeways. Unfortunately the skies were mostly cloudy all the way until I got to Winona, MN so I did not make many stops. I did take one detour just south of Lacrosse to Goose Island Park. Right before I got to the turn off for the park I spotted a red-tailed hawk on the power lines on the side of the highway. It was not very good light but he was close to the road so I decided to stop and take a couple shots. 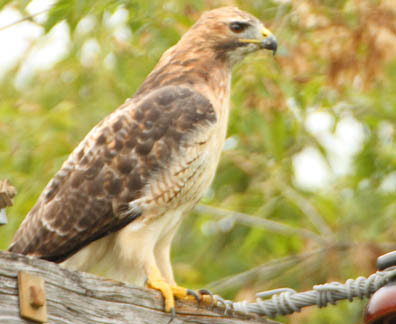 There must of been some precipitation because one of the shots showed the bird with it's nictitating membrane closed. 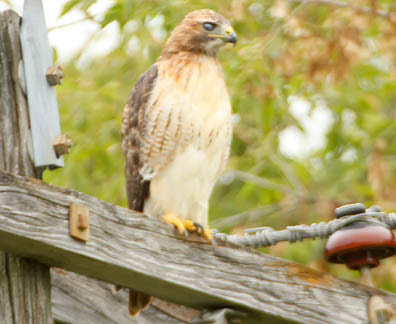 Goose Island is a county park that is surrounded by the Upper Mississippi River National Wildlife and Fish Refuge. The park has a playground, boat ramp, picnic and camping areas. 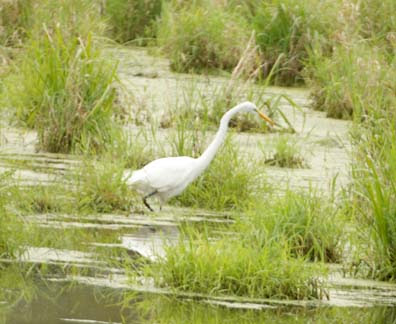 There is also a lot of wetlands from the Upper Mississippi NWFR surrounding the park. These wetlands were good habitat for ducks, herons, kingfishers and great egrets, like the one above. 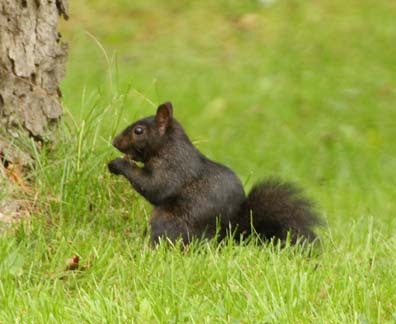 Squirrels foraged many of the human occupied areas of the park, including black squirrels which we do not often see where I live. 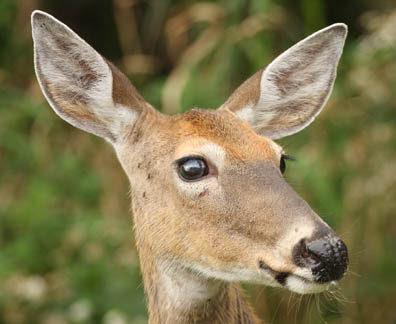 While I was driving through I spotted a white-tailed doe near the road. She stood there for a while and let me get a nice close up. I was curious why she stayed in one spot for so long, especially with me close by. 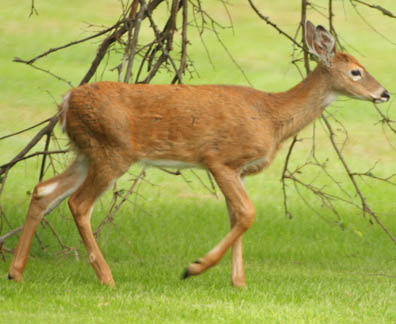 Then I saw the reason. She was waiting for two fawns, who where a bit more skittish about coming into the open. 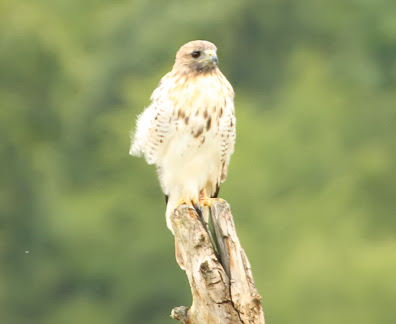 As I left the park traveling north I spotted another red-tailed hawk so I stopped to take another picture before I headed back on the road home.
Posted by Ecobirder at 3:56 PM