With the slow days of summer taking it's tole on my birding enthusiasm, and my old tennis shoes beginning to wear through from hiking my usual haunts only to find the usual suspects, I decided it was time to go out and shoot some bigger game. So Michelle and I headed up to Orr, MN over the holiday weekend to photograph bears at the Vince Shute Bear Sanctuary.

Vince Shute was a successful logger in the mid 1900s. He ran into problems with black bears who would frequently raid his logging camps searching for food. He and his men did what most people did with bears that caused problems back then, they shot them. But Vince conscience got the better of him and after a decade of killing the bears he tried something different. He began to put food for the bears out in a field. This allowed the bears and loggers to live in harmony. The bears could find food with out destroying the logging camp and the loggers no longer would shoot them.
Vince continued to feed the bears even after he retired from logging. The bears, who were once a nuisance, were now his friends and the purpose of his life. People began to hear stories about Vince, the bear man, and would come to witness these marvelous creatures. In the early 90s Vince helped to establish the American Bear Association and donated his land to them. He hoped that they would continue his legacy after he was gone.
Vince passed away in 2000, the summer that we first visited the sanctuary. We never met him but we have visited the sanctuary, and watched it grow, many times over the past 7 years. This was the first time that we went this late in the year. The sanctuary is open Memorial Day weekend to Labor Day so this was the closing weekend. We left early Saturday morning. We planned to stop in Duluth and do a bit of birding and then eat a late lunch before heading off to Orr, since the sanctuary does not open until 5pm.
We arrived right at opening but their was already a long line of cars in front of us and we did not make the first set of buses. When we finally arrived at the deck there were about a dozen bears in the meadow feeding. It was difficult to take pictures since the sun was beginning to set behind some clouds that had rolled in, making it somewhat dark, and tripods are not allowed due to the space limitations on the deck. I tried to use the railings as much as possible but there were a lot of people visiting which made it difficult to get to the rail over by where the bears were located. Her are some shots that I did get. 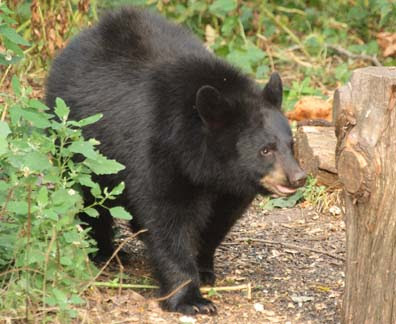 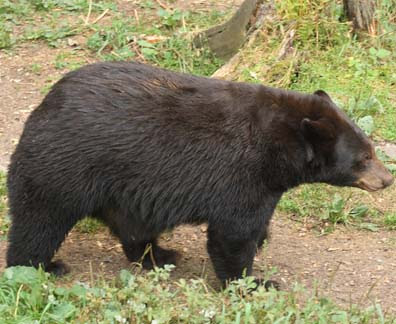 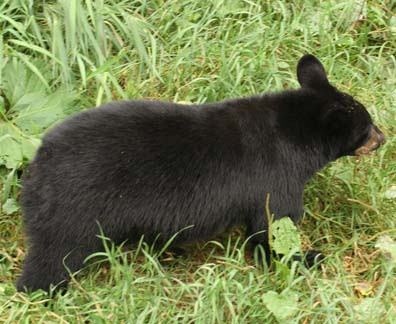 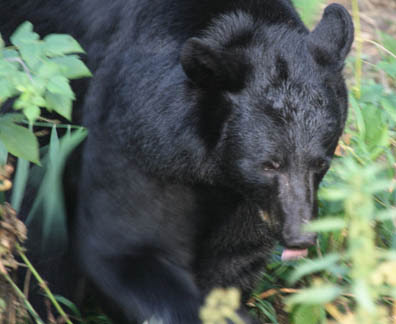 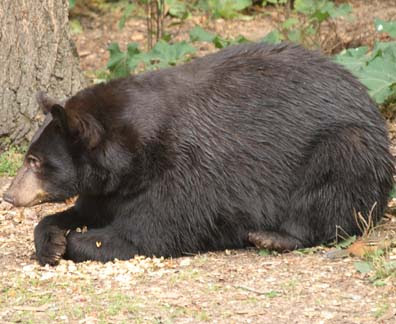 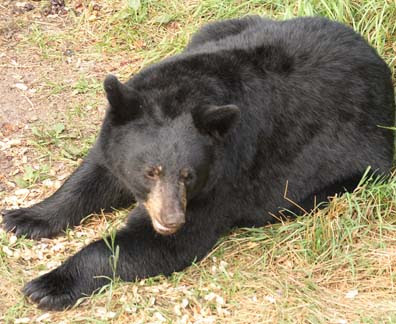 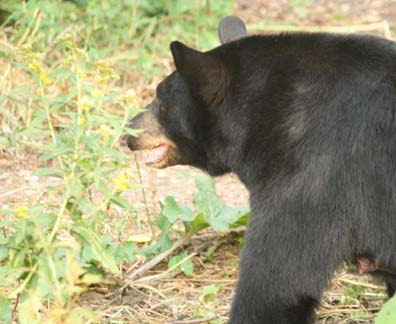 Although there were a lot of visitors to the sanctuary that night, at least 10 bus loads of people were shuttled in, not many of them were bears. According to the volunteers we only saw about half as many bears as we would on the same day in past years. They attributed this to the weather which was up in the 80s which is unseasonably warm for northern Minnesota in September.
Posted by Ecobirder at 2:14 PM