I spent some time earlier this week at Woodlake Nature Center. This was the first opportunity that I have had to get out to Woodlake while the weather was descent. The birds have begun to migrate back through so things are getting a bit more exciting, even though I still took more pictures of insects on this visit then I did birds. One of the birds that I viewed on this visit that I have not seen there before was a gray catbird. 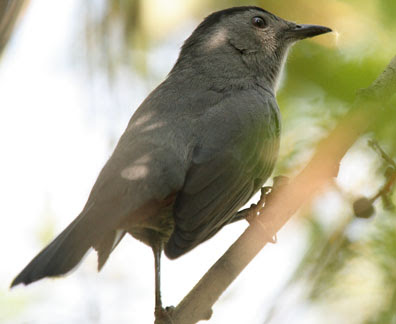 It was pretty hard to get a picture of him, since he was pretty well hidden in the brush. I was hoping to hear his cat call but unfortunately he was silent. 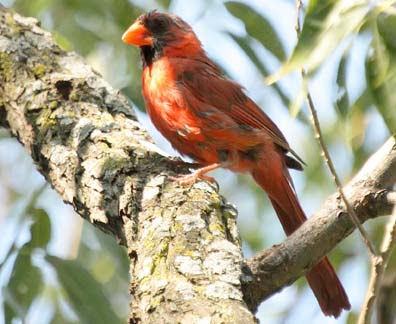 There were several cardinals around in the woods by the visitors center. Both of the males and the one female that I saw looked pretty scruffy as they seem to be molting. 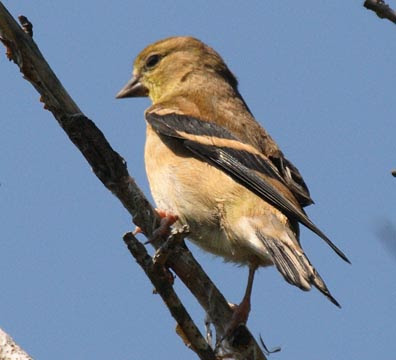 There are still plenty of american goldfinch around. 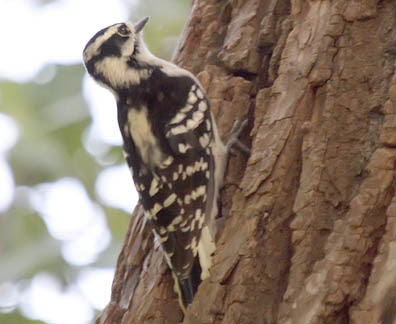 And a few downy woodpeckers were out in the wooded areas. 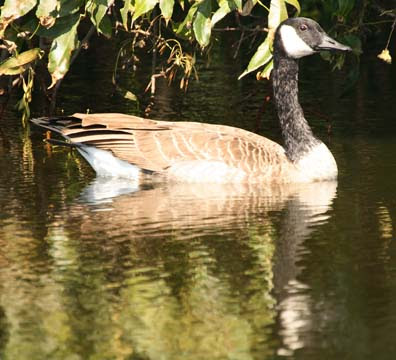 Things are still pretty wet from all of the rain we received a couple of weeks ago, which is good for the canadian geese who have remained throughout the summer. 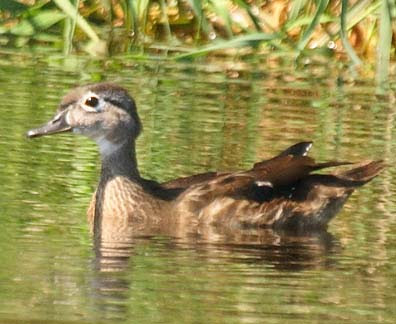 It is also nice for the wood ducks who have stopped back in the area on their way back through the fall migration.
Posted by Ecobirder at 7:40 AM

Hi,found your site after reading
Birdchick's. Thoroughly enjoy the
photography and commentaries. I
would like to bring your attention
to the Aug 27 Dodge Nature Center
blog re the dozen Field Sparrows.
The photo submitted looks very much
like two male House Sparrows. Also,
that Downy Woodpecker seems to have
an awfully large beak suggesting a
Hairy. This could be a perception
problem though. Anyway, keep up
the great work; consider me a fan!
Hap in New Hope

Thank you very much I am glad that you enjoy the site. I went back and took a look at the original pictures and you are probably correct about the sparrow. When I look at it in high definition I can not see an eye ring which would rule out the field sparrow. I really have problems identifying sparrows so I appreciate the correction. On the downy woodpecker it is probably just the angle of the shot. I am pretty sure that it was a downy and not a hairy because it had black bars on the white portion of the tail. You can not see it very well in the picture but it shows up very plainly in other shots that I took when the birds back was facing me. Thanks again for the input and I hope that you will continue to visit the site.