After we got back from our Lake Superior boat trip we took a quick tour around Park Point. We did not see much except for a mourning cloak butterfly. 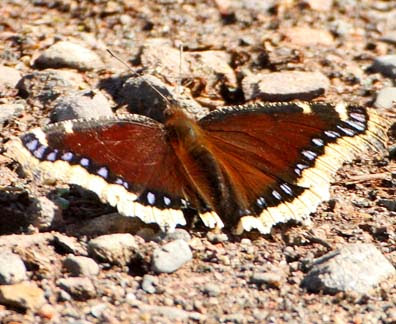 He looked kind of ragged and had a hard time standing so he may have taken a rough flight over part of Lake Superior. I did see butterflies and other insects out of over the lake while we were on the boat.

Since we did not see much we decided to go get some lunch and then head up to Hawk Ridge. It was about 3pm when we arrived and it was still very crowded since it was the Hawk Weekend celebration. We were a bit past the prime raptor viewing time but we did see a nice selection of raptors. 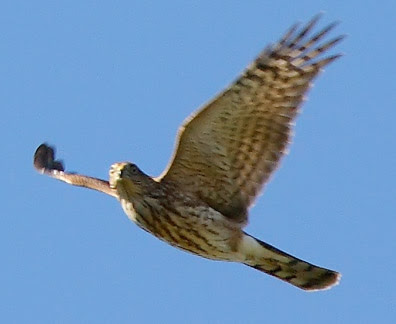 This included a few sharp-shinned hawks, there was a total of 961 spotted that day. 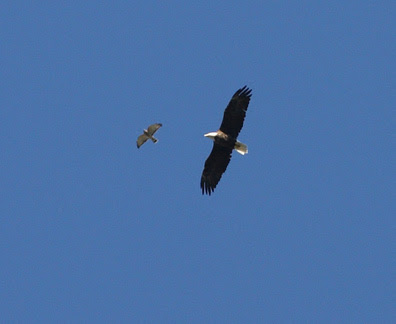 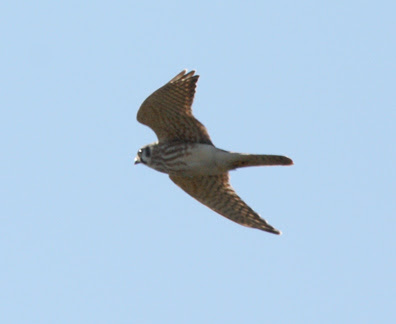 A lot of american kestrel, 205 were counted for the day. 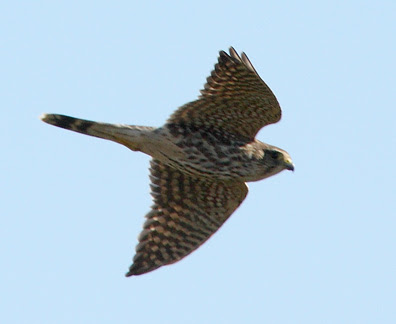 And a merlin, 5 were seen throughout the day.

To see what other raptors were seen that day, and all the days through the fall migration, check out the Hawk Ridge Hawk Count page.

There were also other activities going on because of Hawk Weekend. These included educational programs, Michelle went to one of these and raptor banding. Those people who sponsored a raptor where able to tour the banding station and were even able to release there adopted bird. This kestrel was not too thrilled about being caught and banded. It even took a bite from the finger of the count interpreter who was passing it to the young boy who had adopted it. 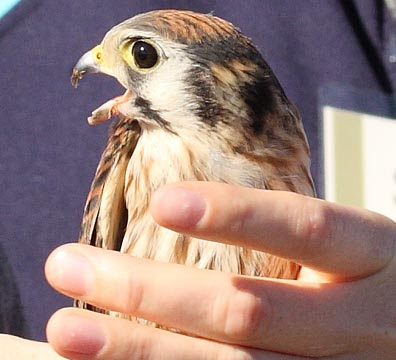 Both survived and the boy was able to release the bird with out incident. 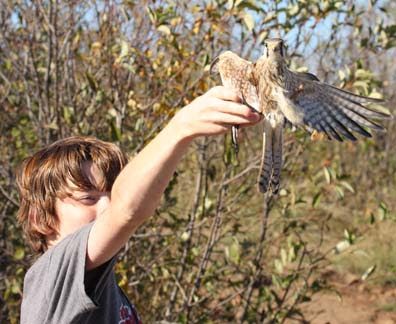 Here is a close up of the kestrel who gives me a look that says, "what the "bleep" am I doing here." 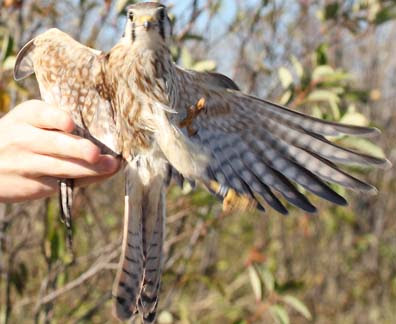 The unique part of the adopt a raptor program at Hawk Ridge is that you bird that you adopt is unique to you. They tell you the band ID number and notify you and give you information when your bird is recovered. I would have adopted one but it was already too late to get to release the bird that day so I will need to adopt one on my next trip up.

While we were waiting for raptors to fly by there was plenty of wildlife to photograph. There were quite a few black-capped chickadees around. 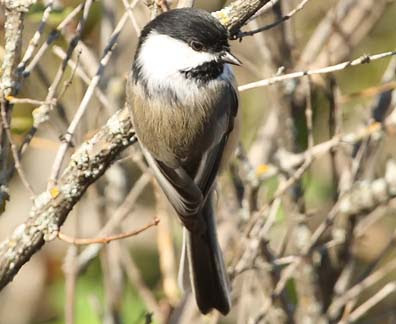 They were joined by a group of white-throated sparrow, there may have been some white-capped mixed in. 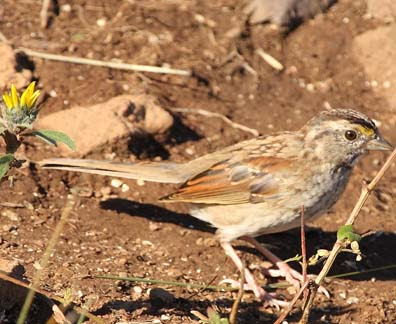 They were competing with the rodents for seeds that the volunteers had spread on the ground. 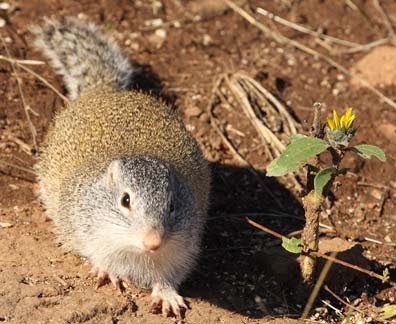 This chubby ground squirrel had no problem coming out to get more then his share of seeds. 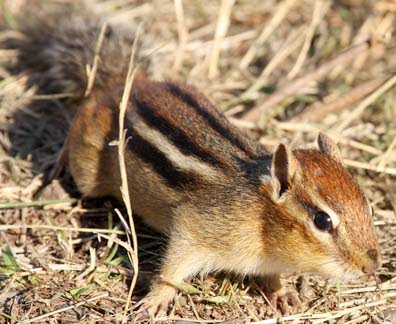 The chipmunks were not as daring. They would make quit raids, grab what they could and then retreat back to the brush.

We stayed for about an hour and a half but then decided to get going. We still had a couple hour drive ahead of us and we wanted to get home at a descent time so that we could eat dinner.