Saturday morning's field trip was a cruise up the Mississippi backwaters. We took a motor coach to Rock Creek Marina where we boarded the pontoon boat the Blue Goose, operated by the US Fish and Wildlife Service. We traveled a short way up one of the tributaries and then stopped to observe birds in the thick canopy near the shoreline. We counted 74 different species during the outing but because of the lighting, distance, motion, and the size of many of the birds I was not able to get as many good shots as I would have liked. 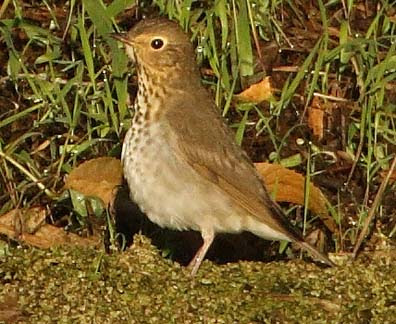 I was able to get some shots of this swainson's thrush that came down to the shore line. 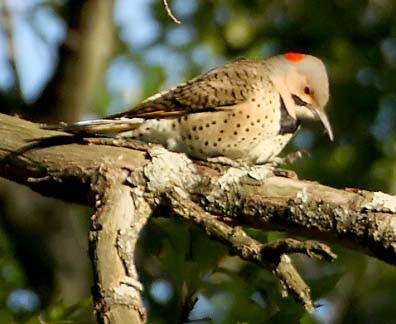 A northern flicker sat for a few minutes on an exposed branch and let me get some shots. 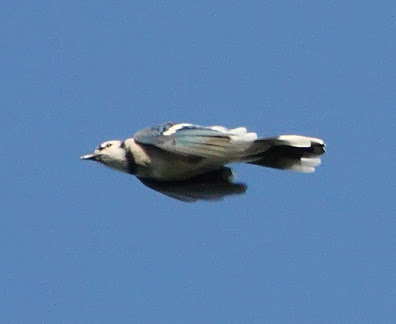 I was able to capture a fly over by a blue jay. 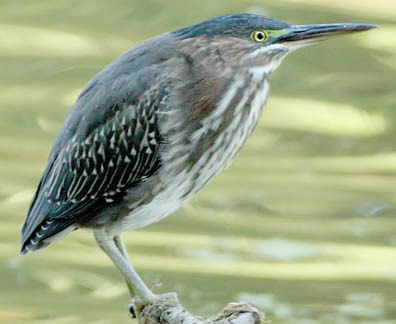 A green heron was pretending to be invisible 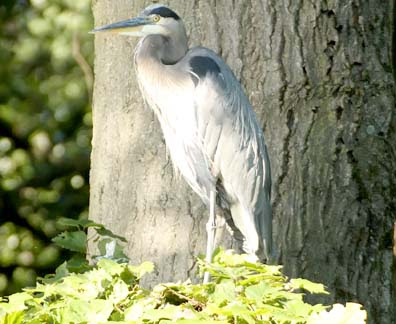 while this great blue heron was playing king of the hill, sitting on a large bush up high on the bank.

After a couple hours people where getting cold so we went back to the dock and loaded back on the bus. Since we still had some time we stopped at a lock and damn on our way back to the Quad Cities. We were informed that this was the location where a pair of harlequin ducks had spent a good deal of time back in February, to the delight of the local birders. 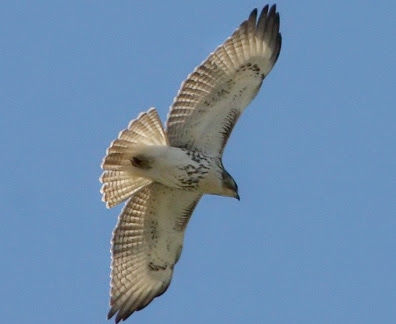 Unfortunately the harlequins were long gone but a fly over by a red tail did give me an opportunity to get another good shot.
Posted by Ecobirder at 7:49 PM