A buggy start to the fall

While I was out birding at Wood Lake Nature Center last Sunday I also managed to take a few insect picture. The weather has been getting colder at nights, down into the 40s and 50s which has helped with the mosquito population, but it's been warming up to the mid 70s in the afternoon, so I have still been able to find butterflies and dragonflies on my trips out. At Wood Lake I got a couple pics of butterflies which I have photographed in the past like: 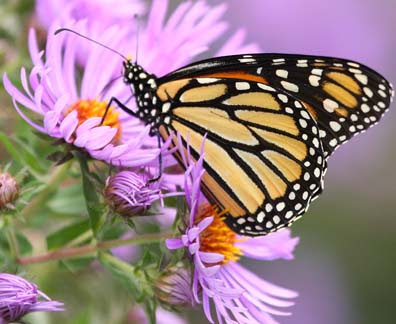 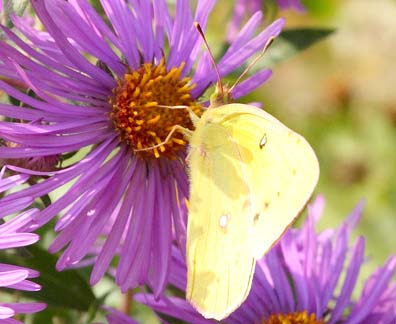 and the clouded,sometimes called common, sulfur 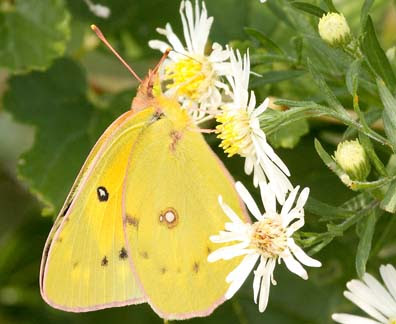 This time I also got some different butterflies like the orange sulfur above and below. 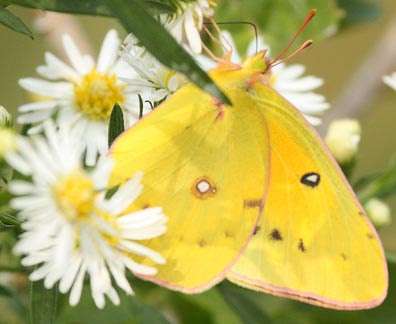 The orange sulfur is similar to the clouded sulfur except for the orange on the top of the wing. It is difficult to see in from the angle above but you can kind of see the orange patch on the upper wing.

I also shot this little yellow light phase female. This is a very small butterfly about 1/8th the size of a monarch. 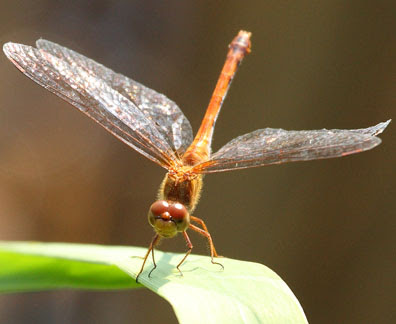 I also found a new dragon. This is a female autumn meadowhawk. Females can be red in color, like the males, or orange, like above. Autumn meadowhawks differ from other meadowhawks in that they have yellow legs instead of black like most of the others. This makes them easier to identify.
Posted by Ecobirder at 6:47 PM