On our way up to do some bear watching at the Vince Shute Bear Sanctuary we had a bit of time to kill. We left early in the morning and planned to stop and eat lunch in Duluth, MN. We arrived in Duluth at around noon but we had planned to eat lunch at around 2:00pm. This gave us a couple hours to do some birding in Duluth. The weather was perfect with no clouds in the sky that is until we got to Duluth. Duluth was completely fogged in. We decided that going to Hawk Ridge to watch for raptors probably would not work well in the fog so we decided to try Park Point instead. First we went down to the beach and walked along the shoreline. There were a few people on the beach, playing with dogs or doing some body surfing, so there were not that many birds. We did spot a ring-billed gull and got a couple picks. 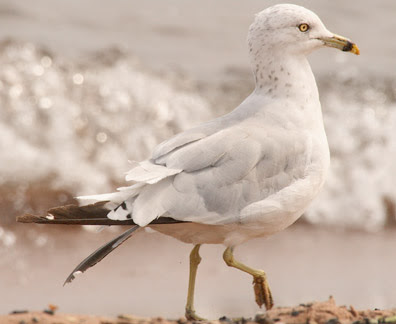 Further on down the beach we spotted a group of sanderling running in the waves, their stiff legs pumping up and down like little wind up toys. 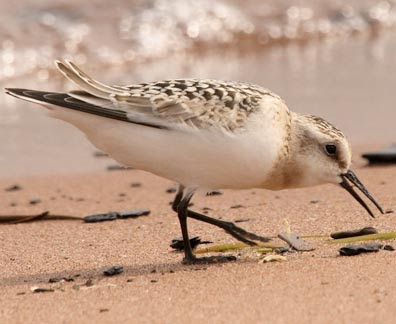 After walking for a while we went back to the car and decided to continue down to the end of the point. On our ride around the point we saw mallard ducks, canadian geese, gulls, savannah sparrow and a couple of wimbrel scavenging on the soccer field. 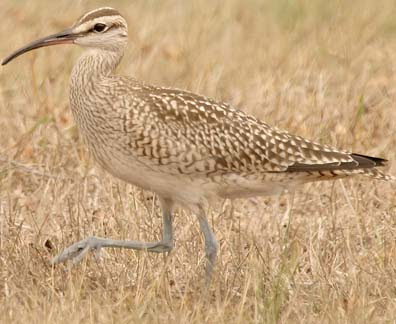