On Saturday Michelle and I took a birding trip on Lake Superior organized by Mike Hendrickson. We drove up to Duluth on Friday evening, after work, and stayed in a motel in Superior, WI. We were up early Saturday morning and over to Duluth in time to take a short trip around Park Point before getting on the boat. The main purpose of the trip was to try and find jaegers. There had been reports of all 3 types of jaegers having been spotted earlier in the week so we were all hopeful. As we left Duluth harbor on the L.L. Smith Jr. research vessel we were already spotting gulls and double-crested cormorants in the harbor waters. 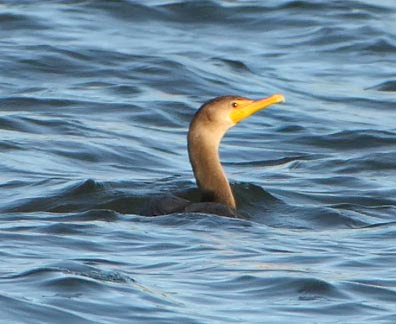 From his experience on his past trips and info from other local birders Mike decided to take us along the southern coast and follow Park Point to the east. After a bit of chumming the water we soon had a few gulls around the boat. Most of the gulls that we saw were herring gulls 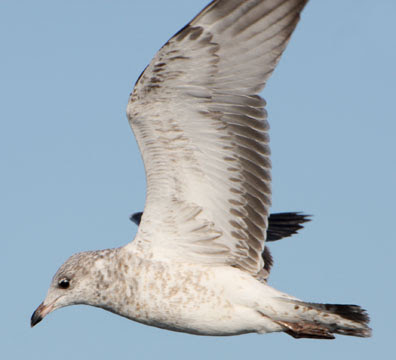 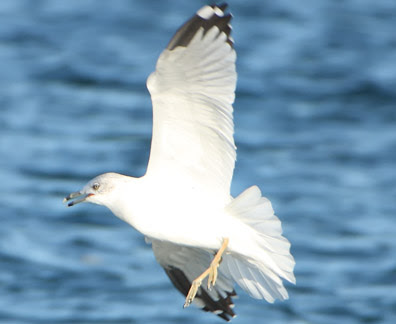 Soon we found that we had a couple of bonaparte's gulls mixed in also. They were easy to spot because of their much smaller size. 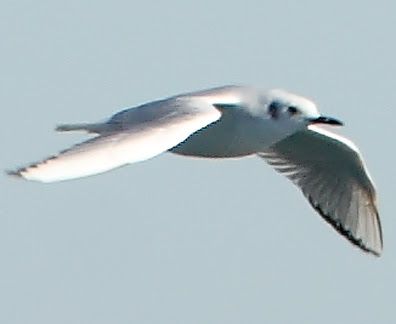 Soon we came to the Minnesota / Wisconsin border. The border marker walls where filled with gulls but also had a few shore birds like this ruddy turnstone. 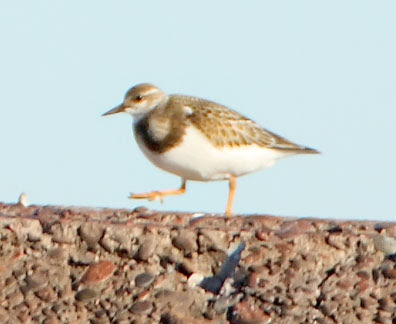 Suddenly the gulls that where following the boats seemed to get nervous and even more noisy then they already were. That is when we spotted an eagle traveling fairly low over the lake. 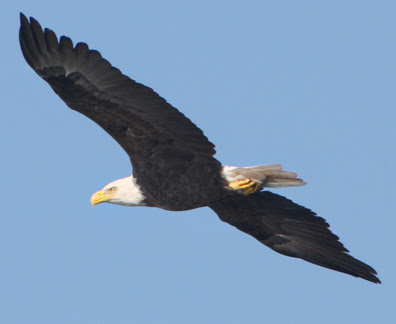 After the eagle flew past the flock of gulls got back to feeding and that was when Mike spotted an incoming lesser black-backed gull flying in to join the party. 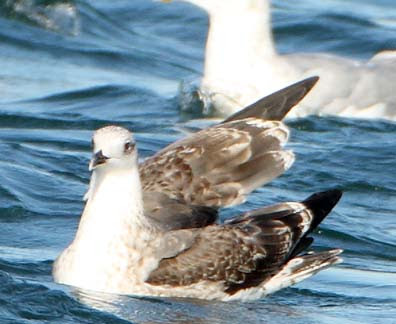 So the trip was going well. We had spotted 4 different gull types, cormorant, white pelican, several different types of shore birds and even had a nice eagle fly by but we still had not found any jagers. Then Mike got a call from some Wisconsin birders who had spotted a couple parasitic jaegers further to the east of our position. So we headed off to the east into Wisconsin waters and it was not long before we spotted an adult parasitic jaeger. Unfortunately he was to far away to get any sort of picture. I was disappointed but then Mike received another call, from the bird watchers who were on the beach in front of us, that there was a juvenile parasitic in the water between us and them. After a few minutes of searching the waters we located the bird and started to slowly sail towards it. It took off before we got too close but I did get a picture as it began to fly away. 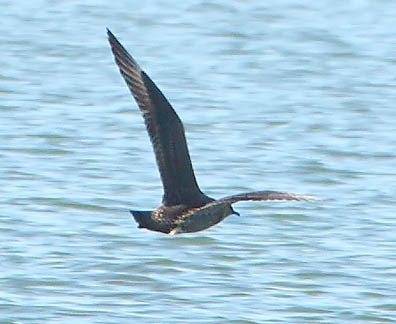 It flew to the west and began harassing a herring gull trying to steal some food. 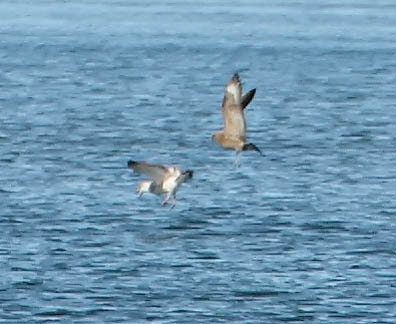 The boat trip was a good time. We did not get to see all 3 types of jaegers but the weather was gorgeous and I had some good opportunities to get some great shots. Mike has one more boat trip going on October 6th. As of the time I posted this there were still a few spots open so if you are interested you can get more info at Mike's site http://webpages.charter.net/mmhendrickson/.
Posted by Ecobirder at 6:37 AM