Another trip to Anderson Lake and then off to Wood Lake

Wednesday I helped out at the Raptor Center after work so I did not get a chance to go out and do any shooting. Thursday I decided to head back to Anderson Lake Park to try and get some more pictures of the black-bellied whistling-duck. When I first arrived at the park I went and checked out the pond where the duck had been hanging out. The duck was not around only a couple of birders. Unfortunately the MOU list server was down that day, so I could not get any updates on whether people had still been seeing the duck, so I asked the other birders if any of them had seen it and was told that they had not had any luck. So I decided to go check out the lake. There were some flocks of waterfowl on the lake but they were on the far side and consisted mostly of mallards and Canadian geese from what I could see, definitely no whistling duck. I followed the path around and it took me back to the pond so I checked out the path that lead to the shore. I did not see the duck but I did spot a meadowhawk landing. 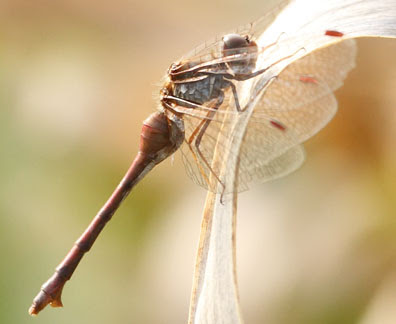 It was very strange to be shooting pictures of a dragonfly on November 1st in Minnesota. I also spotted an American tree sparrow in one of the small trees lining that part of the pond. 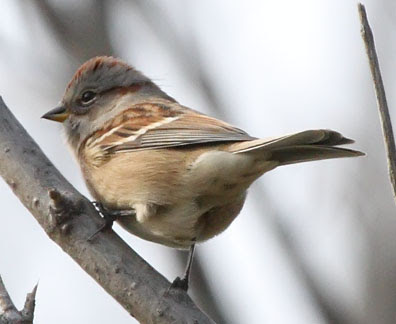 But still no duck. So I decided to go back to the other side of the pond where I could stand on the hill and see the whole pond a bit better. I ran into another birder at the overlook and we began to converse about birding and photography. It is always cool to talk with someone like this who has been an active birder for a long time. We stood there and talked, while we looked for the duck, for about an hour and a half. I did not get another view of the duck but I had fun and learned a few new things. We did get a nice fly by from a red-tailed hawk. 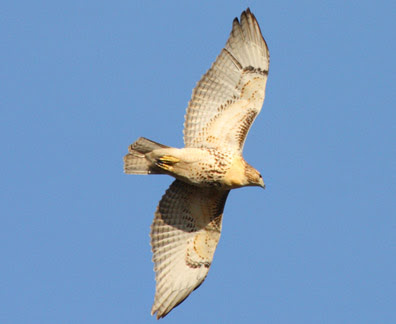 A little after 4:00 pm we decided that the duck had prolly moved on so we both decided to leave. It was still light so I decided to stop at Wood Lake Nature Center on my way home. As usual I checked out the trees on the shore by the visitors center first. This is always a good place to find passerines. On this day I found an American tree sparrow and a black-capped chickadee. 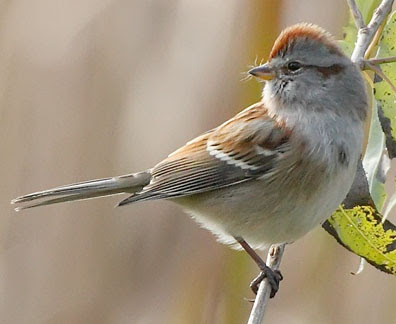 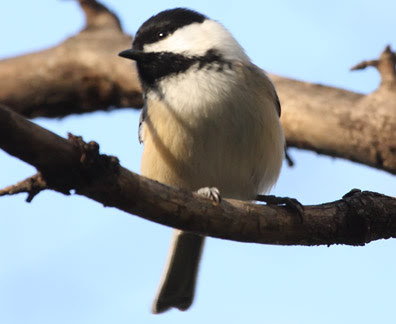 Further off in the woods I spotted a couple of American robins. 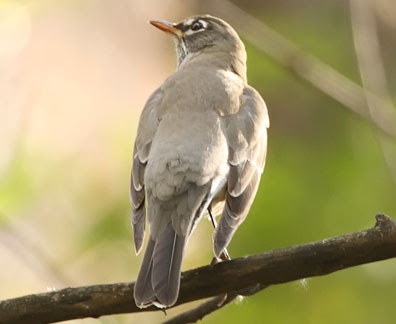 On the trail I found another meadowhawk. This was my last Minnesota dragonfly on 2007. 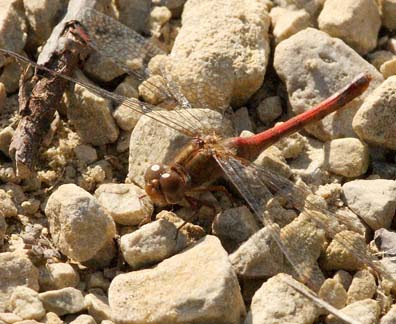 On the lake where the usual mallards and Canadian geese with a few American wigeons mixed in. 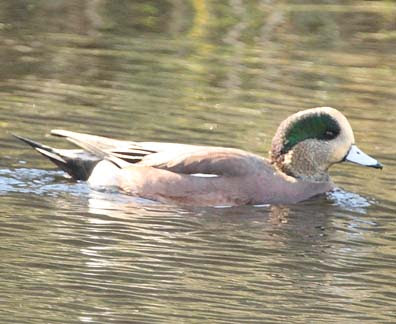 There was also a flock of about 20 or so American coots. 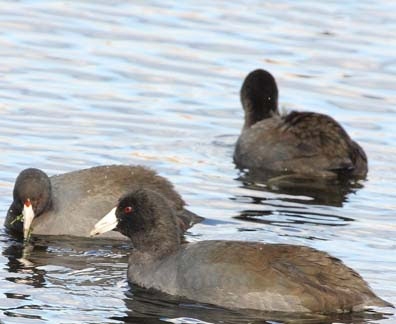 I was getting hungry so I decided to take off but on my way home I found another red-tailed hawk scouting the roadside from a light poll. 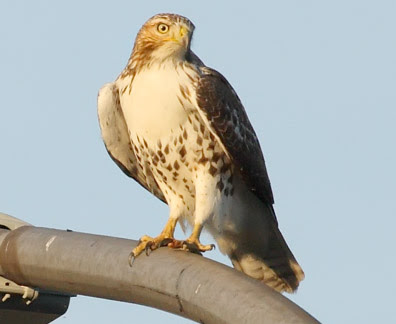