Another type of duck that I was shooting at Lake Vadnais was the ring-necked duck. 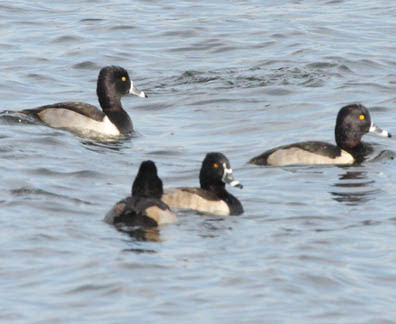 The ring-necked duck gets its name from the chestnut collar that they have on the back of their necks. Unfortunately this is only visible when you have the bird in hand. This duck was named in the era when most identification was done by hunters after the duck was dead. 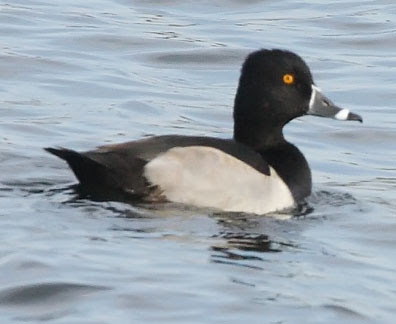 The ring-necked duck is a diving duck meaning that it feeds by diving under water where it eats aquatic plants, snails, insects and small fish. Other diving ducks include scaups, redhead ducks, tufted ducks, canvasbacks and others. 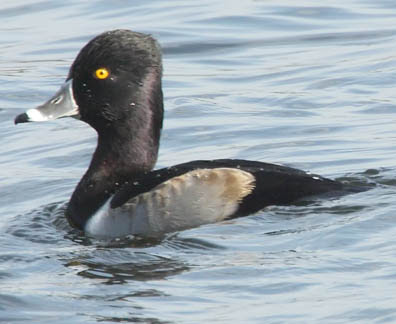 Ring-necked ducks breed in wooded lakes or ponds in the northern United States and Canada. In the winter they migrate to the southern part of the US although some individuals have been found in western Europe as well as Central America. 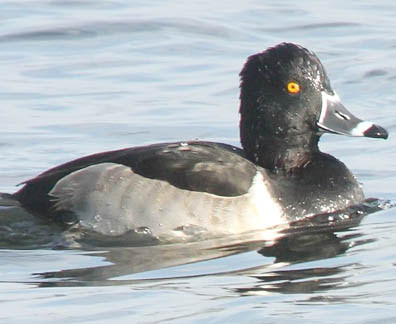