Pine grosbeaks and other birds at Two Harbors

Sunday's weather turned out to be great also. With all of the fun that Michelle and I had photographing red-headed woodpeckers at Necedah NWR on Saturday I decided to make another trek up north on Sunday to see if I could find one of the black-backed or three-toed that had been sighted over the past few weeks. I started my search up at Stoney Point Dr, one of the locations where a lot of the woodpeckers have been seen. I saw a couple woodpeckers but they flew before I could get a good look at them. The black-capped chickadee where another story. They were all around and they where not to camera shy.I did hear some boreal chickadee but I never got a good look at any of them. 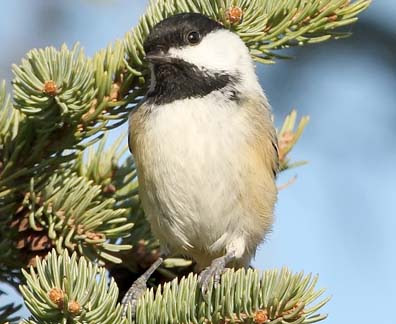 Next I moved on to Two Harbors. On my trip here earlier in the week, I did not have as much time as I wanted to spend checking out the woods near the light house. So I did some exploring. The first thing of interest that I found was a flock of European starlings. 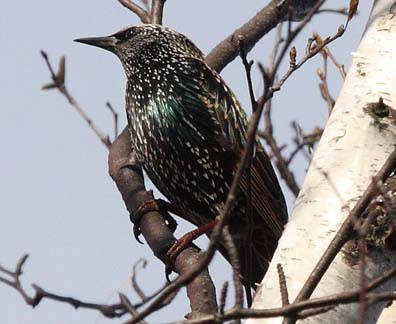 At first they where on the ground sifting through the grass but when I approached they took to the safety of the trees. I also saw quite a few black-capped chickadees here too. 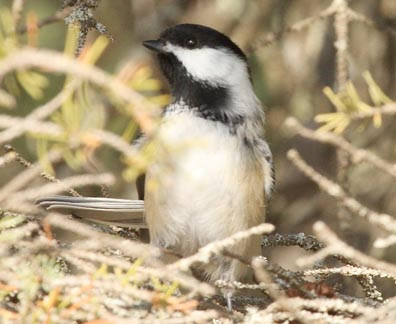 The deer living around the lighthouse, and actually most of the ones that I saw in the area, where not very afraid of people. They have become habituated, which is not good. Many of these deer get hit by cars at dusk or dawn because they are not afraid to walk across roads, like they should be. 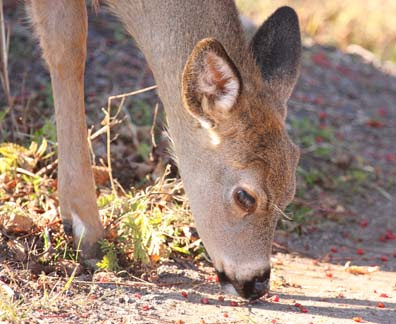 Finally I heard what I was listening for. Tap tap tap tap. I followed the noise and found the woodpecker that was making it, unfortunately it was a hairy and not a black-backed or three-toed. 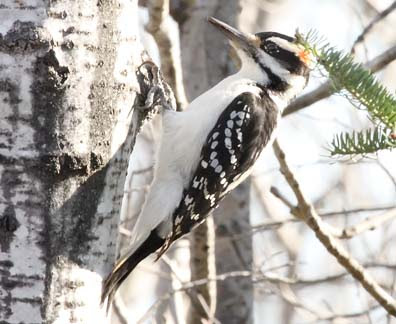 I was getting kind of discouraged. I decided that I would head back to Stoney Point Dr. and try there again. On my way back to the car I came across a pair of snow bunting in the grass. 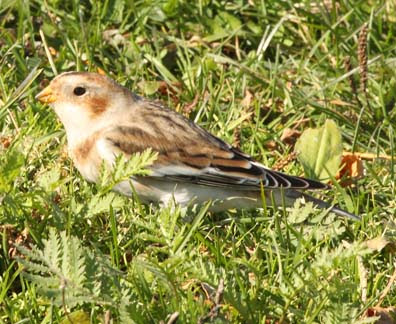 While I was driving back to Stoney Point I passed a yard that had a tree that was full of berries and birds eating the berries. I was going a bit to fast to get a good enough look to ID the birds so I decided to turn around and go back so that I could take a better look. 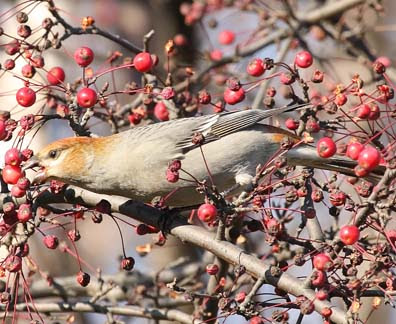 What I saw was a small flock of pine grosbeak. 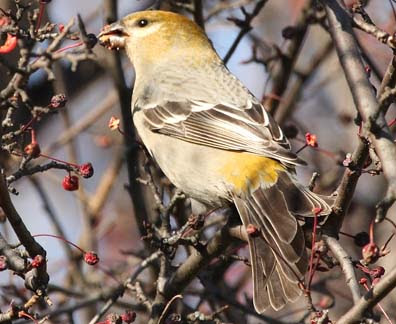 The tree, as I have since been informed, was prolly a mountain ash. Pine grosbeak are particularly fond of mountain ash berries. 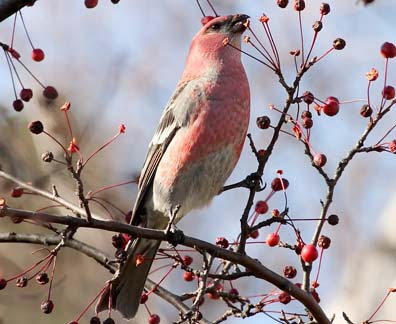 I shot the grosbeak for a while then continued on through Stoney Point. I never did find either of the woodpeckers that I had hoped to find but I did have a lot of fun and got some pretty good images to share with all of my friends on the web.
Posted by Ecobirder at 8:19 PM