Over the past few weeks it has been pretty grey and overcast here in Minnesota, which is pretty typical for the winter months here. On the few occasions that we have seen some sun I have taken advantage of the opportunity and gone out and done some birding. One of the locations that I have been birding at quite a bit recently is Vadnais Lake. Vadnais Lake is on the north east side of the Twin Cities and is not very far from where I work. The lake is split into two halves with a one way road running through the middle. The road is controlled by St Paul Water Management and is used for fishing, hiking, cycling, and birding.

The first few weeks in November the lake was also a staging area for ducks and other waterfowl migrating south to stop, eat and rest up for the remained of their journey. This presented Twin Cities birders with good close up looks at birds who tended to stay near the shoreline of the road.

One of the ducks that I got to see was the northern pintail. 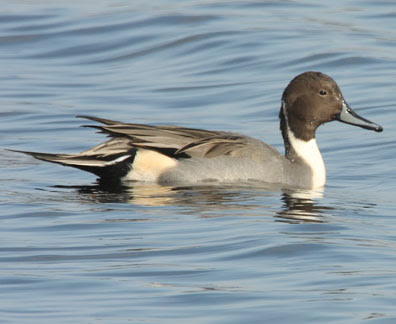 Northern Pintails typically nest in Alaska, Canada, and the central United States as well as northern Europe and Asia. They build a nest on the ground made of grass, leaves and down. The nest is hidden by tall grass or brush and is typically not near the water. The clutch consists of 3 to 12 greenish eggs. 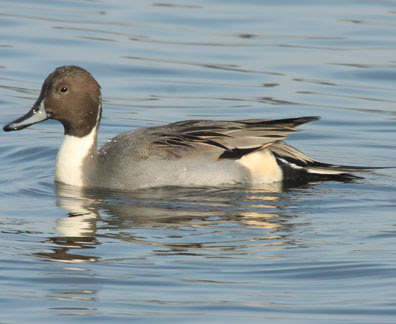 In the winter the Northern Pintail migrate south to the southern US, Central America and the very north edge of South America, southern Europe, Asia and Northern Africa on the Eurasia side. 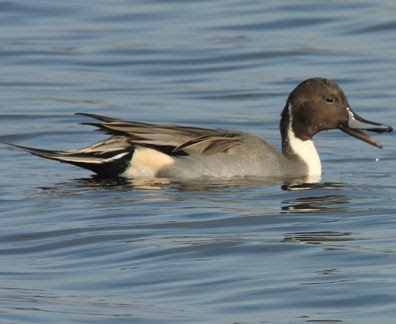 When I visited the Bosque del Apache, back in February, there were pintails all over but at lake Vadnais there was only one pintail. He was grouped in with a small flock of mallards. 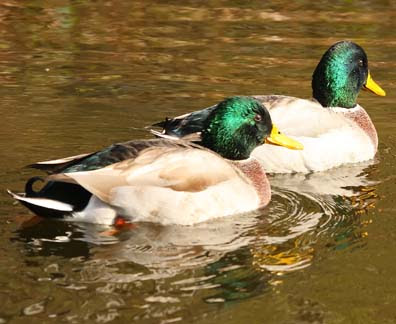 This makes some sense since both mallards and pintails are dabbling ducks. This means that they usually eat plants off the bottom of the lake, river, stream, pond or pool by tipping their tails up into the air and submerging their necks and heads. Other dabblers include wigeons, shovelers, gadwall, and true teals. Swans and geese also typically feed in the dabbling style.
Posted by Ecobirder at 8:11 PM