A trip to Necedah NWR instead of Cape May

I had thought about going to the Cape May Autumn Convention this weekend but I decided against it. First off this would prolly be the last nice weekend at home and I was not sure I wanted to give that up and spend half my time flying and driving and in lectures at a convention. Second is the whole feral cat issue, Laura Erickson had a great post about the issue, which made it some what of a moral dilemma. So I decided that I would take some field trips around home instead. As it turns out it was a good call because, from what I have read, the weather at Cape May for most of the weekend was pretty bad, meanwhile here at home we had a gorgeous fall weekend.

Since the weather forecast for the weekend was looking so good I talked Michelle into going on a road trip to Necedah NWR in Wisconsin on Saturday. Necedah is popular for birders and naturalists particularly for the whooping crane project and the endangered karner blue butterfly. I had wanted to visit Necedah earlier in the year, when the karner blues were around, however with everything else I did this year I did not get a chance. I figured that the karners would be gone at this time of the year but I was still hoping to see a whooper. We saw whoopers down in Aransas NWR in Texas a couple of years ago but they were very far away and it was impossible to get even a mediocre photo. The Necedah website lists weekly numbers of waterfowl and cranes and the previous week they had listed 31 whoopers in the park so even though it would be a long shot I knew that it might be possible.

I let Michelle sleep in, the least that I could do since I was dragging her around the country side again, so we arrived at Necedah at around 11:00 am. This was our first visit to Necedah so we were not sure where the best place would be to spot wildlife so we just picked a road and began to drive. The road took us through a wooded area with a lot of dead and downed trees. It was not long before we spotted an immature red-headed woodpecker. 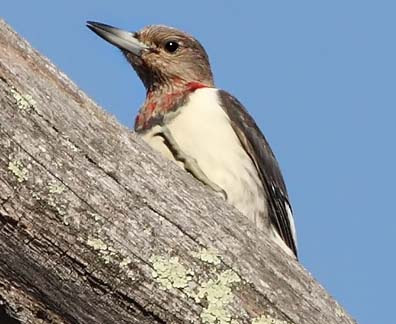 Juvenile red-heads have gray heads and black bars on white secondaries. As they progress from juvenile to immature status you can begin to see some red on the head. 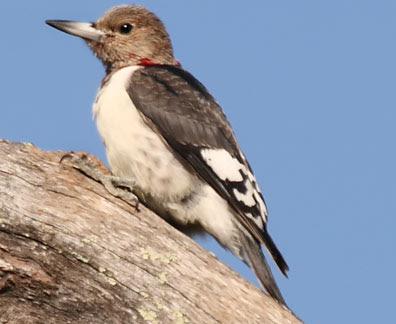 Red-headed woodpeckers live in the eastern half of the US and south eastern Canada. They migrate from the northern parts of their range and spend the winter typically in Texas. When we visited we saw that there were still quite a few red-heads, both immature and adults, that had not left yet. 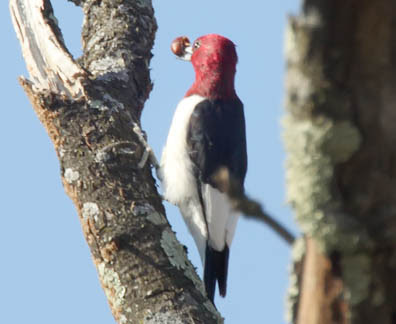 There were also quite a few adult red-headed woodpeckers. Red-heads are the most omnivorous of the woodpeckers. They will burrow into trees to get bugs or catch them in the air or on the ground. They will also eat seeds, berries, nuts, fruit, bird eggs, hatchlings or mice. 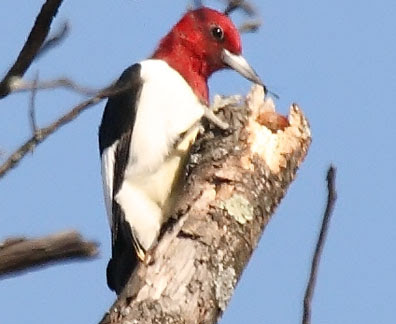 Red heads are one of the few woodpeckers that are known to store food and the only type that will sometimes cover it up with bark. They hide seeds and nuts in cracks in wood, as shown above, and will even store live grasshoppers by wedging them into a tight crevice where they can't escape. Recent data shows that the numbers of red-heads is declining. This is most likely due to habitat loss and people clearing out dead trees. Red-heads need these dead trees for nesting so it is important that we leave some areas in their natural states. Necedah NWR had plenty of dead trees so it was perfect habitat for red-heads. After a while the ecosystem transitioned from old and dying deciduous woodlands to prairie. There was a short hiking trail so I decided to stop and get a bit of exercise. The trail was supposed to go through some wetlands and there was even a short boardwalk but things were pretty dry so there was very little water in sight and not many birds either. I did spot a white-throated sparrow in the brush. I got back to the car and we continued north. We kept looking for the pools and lakes that, according to the last weeks numbers on the website, held thousands of ducks, but all we found were hunters getting ready for the season. Finally we came to two large pools. We did see some ducks, geese, and swans but most where on the opposite side of the pools, which was to far away to get any pics. There was, however, a lesser yellowlegs on the shore on one side of the road that was not too far away. 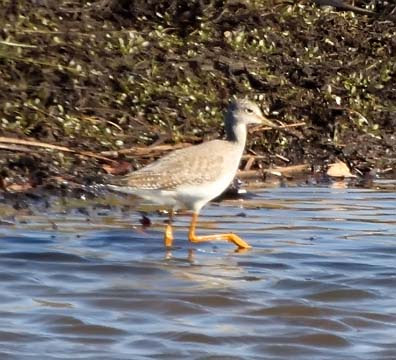 On the other side of the road a lone great blue heron caught himself some lunch. 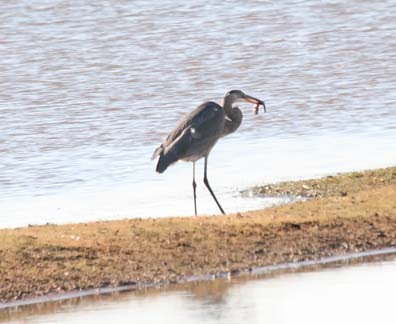 After the pools we continued to the trail where you can see the karner blue butterflies during the summer. They are found in this habitat because of the wild lupine that grows there is the only known food for their caterpillar state. Even though I did not think that there would be any karners left I decided to walk the trail anyway, after all I did see a monarch and a sulfur flying around. 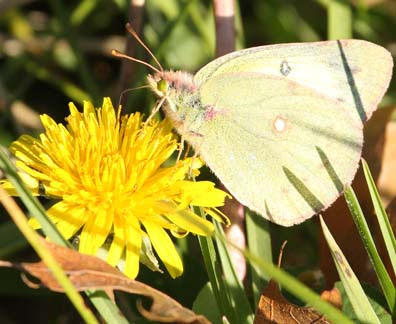 I did not find any karners, all of the lupine was already dead, but I did find a ruby meadowhawk. 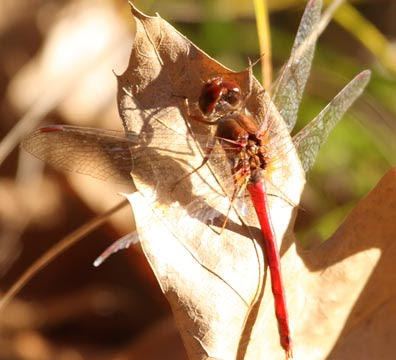 On the way out of the park we spotted a red-tailed hawk. 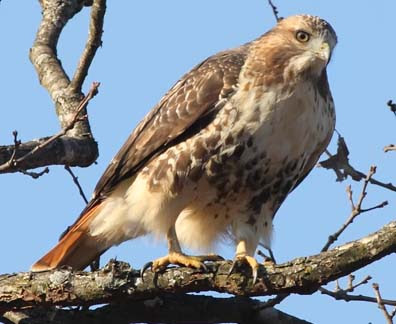 He decided that he did not like the look of our car, not sure what problem he had with Honda, so he took off and began to circle higher on the thermals. 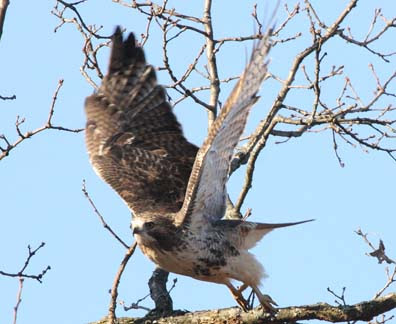 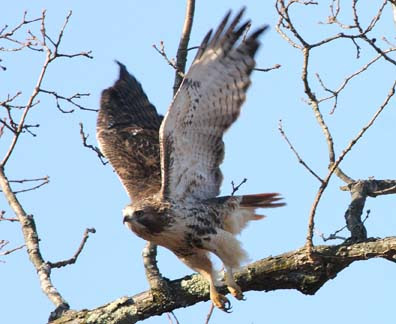 We never did get to see a whooper but I am definitely planning to go back next summer, prolly in early June. Hopefully on that trip I will get some shots of the Karner butterflies and maybe some pictures of juvenile red-headed woodpeckers.
Posted by Ecobirder at 9:29 PM