Another duck that has been visiting Vadnais Lake is the common goldeneye. 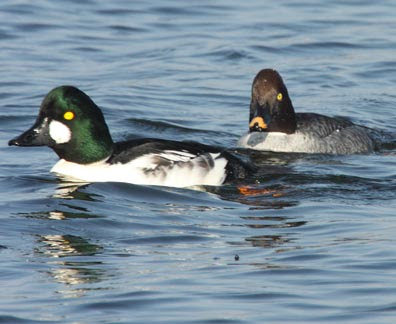 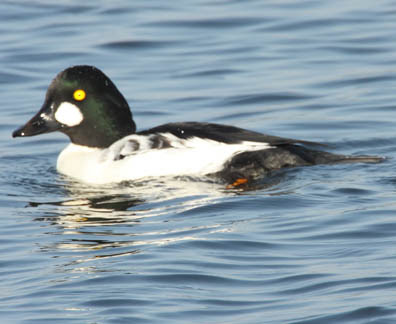 They breed in northern boreal forests worldwide. They like small lakes and ponds, preferably with out fish that compete for food, in Canada, the northern United States, Scandinavia, and Russia. 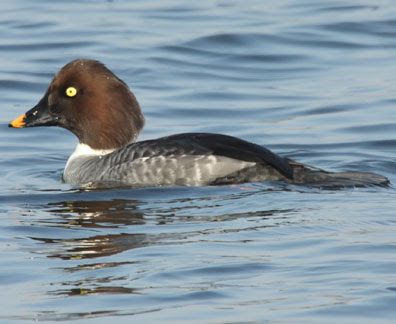 The common goldeneye is a cavity nester. They will usually nest in large cavities made by broken tree limbs or pileated woodpeckers. They will also use nesting boxes. Female goldeneyes typically lay 7 to 10 eggs which they incubate for 28 to 32 days. Sometimes they will lay their eggs in the nests of other females. They have even been known to lay eggs in the nest of another type of duck. 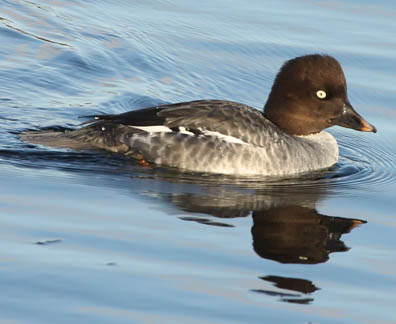 The young goldeneye leave the nest a day or two after hatching. The mother leads them to the water where they are already able to feed themselves. They take 8 to 9 weeks to fledge but the mother typically abandons them before they can fly. Some times when a mother abandons her brood too early or there is a territorial dispute chicks will join another females brood. These large mixed broods are called a creche. 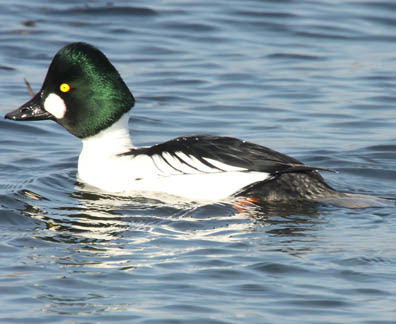 Male common goldeneye usually leave the females a week or two into the incubation of the eggs and begins a molt migration. They typically head north to larger lakes, rivers and bays. The winter migration usually begins later then most of the other types of ducks. They do not typically migrate far south, often they stay as far north as they can find open water. 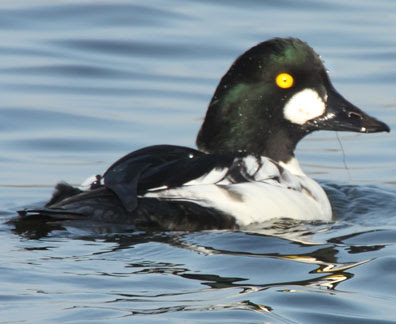